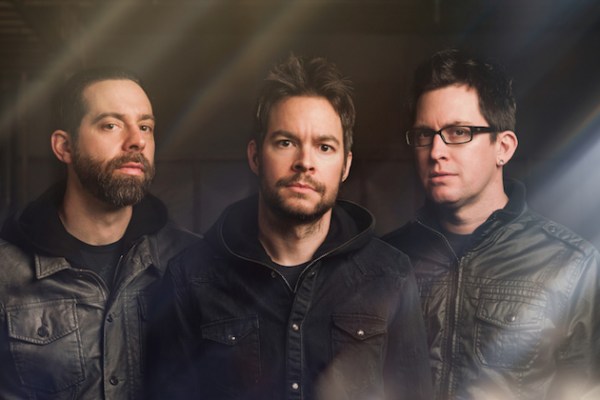 Family is everything, and that could not be more true for Hard Rock veterans Chevelle. Forming in 1995 as a suburb garage band in Chicago, IL, they were initially composed of three brothers: Pete (vocals, guitar), Sam (drums), and Joe Loeffler (vocals, bass). Staying so for a decade, following Joe’s leaving the band in 2005, the family tradition stayed put as Chevelle recruited their brother-in-law Dean Bernardini to pick up bass guitar. Known for their meshing of Hard Rock, Nu Metal, along with heavy, crashing beats, Chevelle has rocked their way to include success with one chart-topping record after another. Launching to Rock-stardom upon the release of 2002’s Wonder What’s Next, Chevelle has kept the freight train moving forward, and in 2016 return with their eighth studio album, The North Corridor. Their seventh overall with Epic and third overall to hit number eight on Billboard Alternative Album Charts, The North Corridor hit the ground running upon its July 8th release.

Ten tracks in total, “Door To Door Cannibals” starts the album off with a gritty guitar, followed by a supporting bass and a solid drumline. Combining a feeling of suspicion and frustration, it spins an interesting analogy about certain people. Next comes “Enemies” with elongated guitar notes, a quick, but steady drumline, and distant, warped vocals. Lyrically, it issues a warning colored by singing that sounds like a voice in the back of one’s head. Continuing the heaviest of the album, single “Joyride (Omen)” comes on with low guitars and cautionary vocals while offering a meaning that can be interpreted and molded to fit many life experiences.

Changing directions, “Rivers” features an intro with melodic vocals that is accompanied by quickly strumming guitars. Breaking the tension are the drums which dive into the deep end of the pool with a meaty tempo. Overall a roller coaster ride of emotion, each shift  in style feels like an awesome tease for the next change. Then, with a hint of Stadium Rock, “Last Days” rolls in with deep bass and screaming vocals which whip around the track to create a beautiful chaos that melts into the chorus. Calming it down some, a strained guitar introduces “Young Wicked” along with a slightly horrified, “Oh my god, how you’ve grown!” where thundering drums and children’s’ voices echo in the background as an ode to the next generation.

More than halfway through the album, “Warhol’s Showbiz” offers a quiet amplifier buzz and cymbal beat as if the instruments are almost as if they are warming like an engine. A prelude to what is to come, a story emerges from the hard-hitting, fast beat about crossing a line and angry vocals repeat, “that’s showbiz” until the guitars fade away. Showing some diversity in their approach,“Punchline” rolls in weightily with eerie near-futuristic sounds and low vocals as a narration unfolds in the under tones. It plays out like a quiet goodbye from someone who has moved on, leaving the past frozen behind them. Ramping the mood back up, “Got Burned” lifts off with familiar dangerous instrumentals and vocals, and once again, the song illustrates yet another reality. Finally, concluding this journey, “Shot From A Cannon” ends the album on a heavy note as frustrated vocals erupt as a steady chest-shaking beat takes form as the words speak of  the struggle with choices one has made. It is a price to pay, for better or worse, and Chevelle do a fine job of capturing the emotion.

Perhaps their heaviest record to date, The North Corridor is packed with muscled beats, passionate vocals, as well as awesome twists and turns in each track. While holding true to the dark and heavy Chevelle sound, the album offers an updated and even heavier sound that fans will no doubt salivate over. Sticking with the dramatic stories and analogies that makes Chevelle who they are, The North Corridor is a winner in every way. CrypticRock gives this album 5 out of 5 stars. 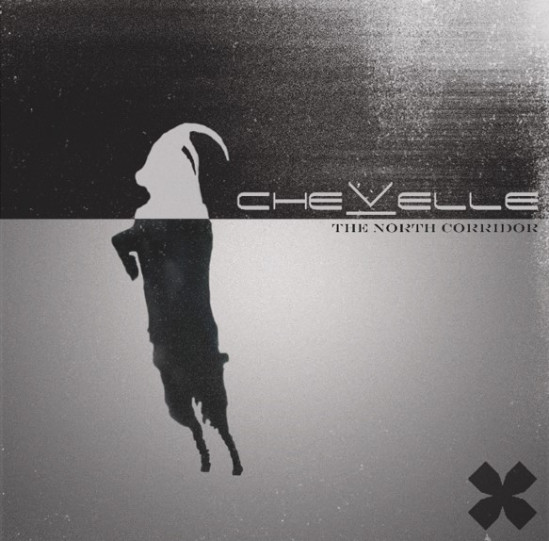