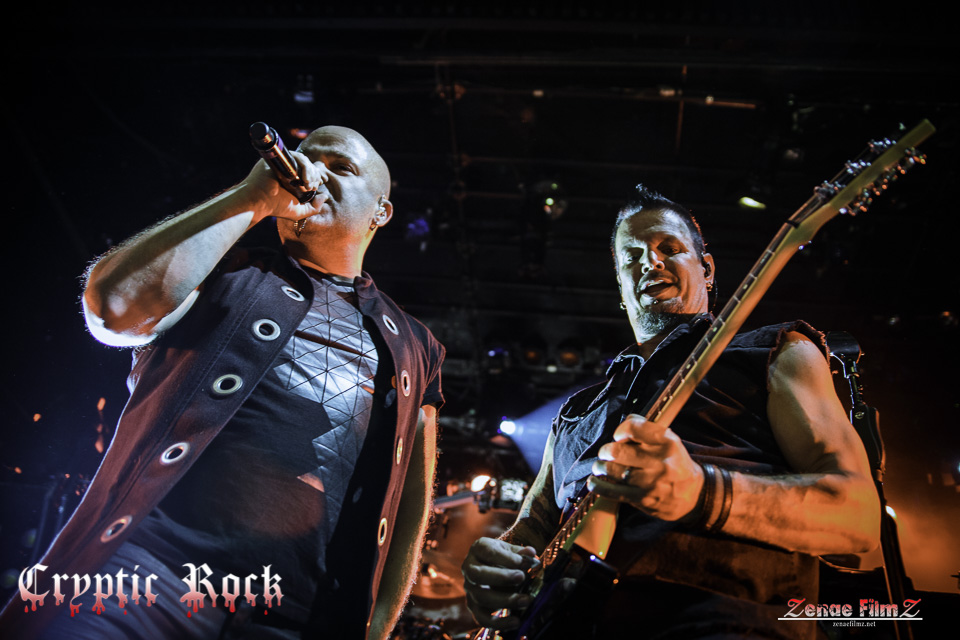 Often referred to as the windy city, Chicago, Illinois is one of America’s greatest cities. With that said, it is about time it has a Rock festival worth of it’s greatest in the form of Chicago Open Air. Scheduled to take place July 15th, 16th, and 17th Toyota Park in Bridgeview, IL, just outside Chicago, the three-day event will include a spectacular music lineup along with craft beer and Gourmet Man Food. Headlined by Germany’s Industrial giants, Rammstein, it will be the band’s only US performance in 2016, as well as their first in the city of Chicago since 2012. Furthermore, the Saturday night show will be headlined by Chicago natives, Disturbed will kick off the festival weekend with a headlining performance on Friday—the group’s only 2016 U.S. performance and first Chicago show since 2012. In addition, Saturday show will be headlined by Chicago’s own Disturbed, and Metal titans, Slipknot, will close out Chicago Open Air on Sunday. Disturbed says, “It is long overdue that one of the greatest rock cities in the world has a festival of its own. We are honored and excited to be one of the headliners at the inaugural Open Air festival in our hometown of Chicago.”

With over 40 bands scheduled to performing including Rammstein, Disturbed, Slipknot, Chevelle, Korn, Five Finger Death Punch, Ministry, Breaking Benjamin, Marilyn Manson, Of Mice & Men, and many more, this is a festival no one should miss. Review each days lineup below: 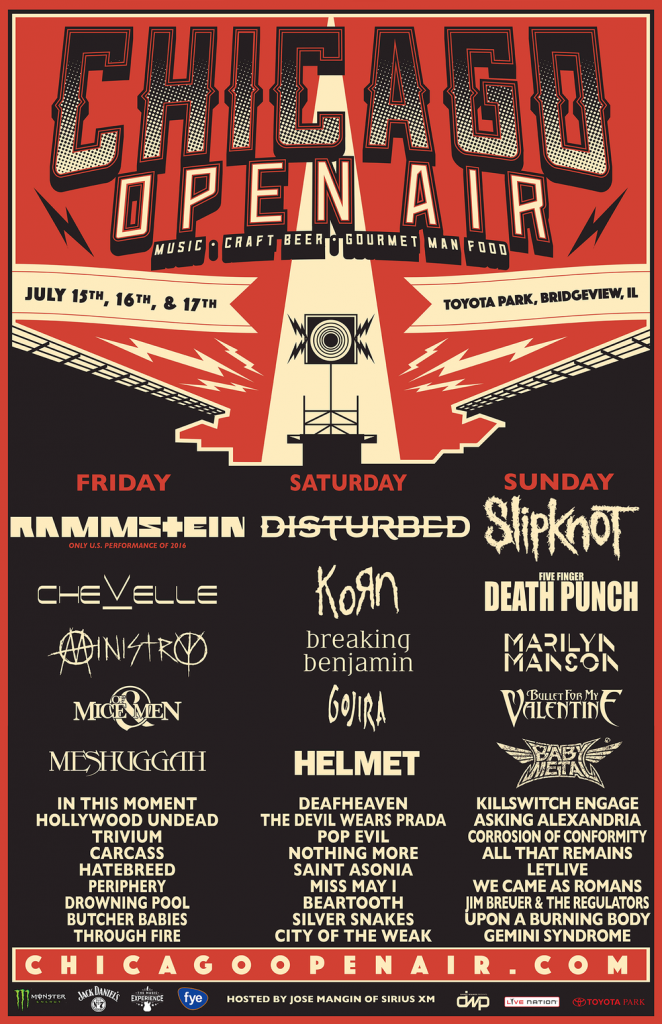