Based on the popular short film with the same name, Child Eater rolls into the North American market on DVD/VOD as of March 28th via MVD Entertainment Group. Produced by Wheelhouse Creative, the film is directed by Erlingur Óttar Thoroddsen (Patient Seven 2016, Rift 2017), a man whose name would imply he is ripped right out of terrifying Slavic legends himself. Child Eater hones in on the talents of Cait Bliss (You & I, My Dear, 2014, Towers of Terror 2013) and child actor Colin Critchley (Deadbeat TV series, Legends of The Hidden Temple 2016) to tell a story that is simple, yet largely effective. 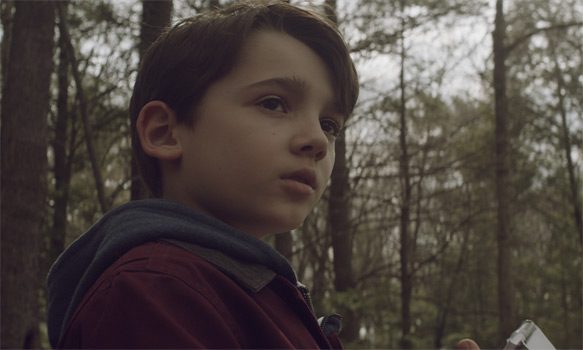 That said, there is not much about the story Child Eater that is particularly notable or fresh, at least for the first half. In a small town, a young woman with personal demons and a likeable child fall victim to the machinations of a town legend. Although, the film’s strengths lie in the confidence and focus of the production. At a time when many Horrors movie seem to flounder by trying to be too broad with their style and their subject matter, as if the production crew prioritizes quantity over quality of themes explored, Child Eater benefits by how concentrated much of the production is.

This is established almost immediately, with a drawn out intro that works well to both reel the viewer in and ratchet up the tension. It is highly reminiscent of the sort of tempo one would be more likely to see in a feature from the ’70s, establishing tone and atmosphere before even considering diving into the mechanics of the plot.

The visuals are solid all around, and showcase the thought that went into the films construction. In particular, Child Eater’s use of a visual coda (a hanging pendant followed by a spinning nightlight) is an interesting way of conveying unease to the audience via unusual repetition. The film’s Director of Photography and gaffer, John Wakayama Carey (Patient Seven 2016, Gilles 2016), also do consistently evocative work, playing with fill light and shadows in a way that would imply Thoroddsen is a much more seasoned director than he actually is.

The strong visuals and simple setting accentuate the strength that was alluded to previously: the film’s tight focus. Without giving too much away, it centers on a monster that gets his kicks chowing down on eyeballs, and milks that visual for everything it is worth. Rather than using that as a premise and then launching into a collection of stock Horror scenario’s, the film builds the horror around that conceit in a way that feels thematically concentrated and natural. It gives the film a level of refreshing visual and tonal consistency; people lose their eyes, and that is enough for one film. 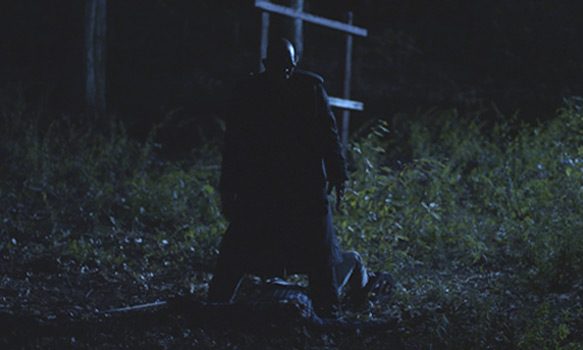 Child Eater’s performances rank similarly to its ambitions; the actors do not make any choices with the characters that make them stand out, but they feel real and authentic. The relationships between the characters, thanks to the small town setting, are fleshed out and feel lived in, and it is believable to think that they have years of shared history. Critchley in particular gives the performance exactly what it needs, emoting all the sincerity necessary to convey a child’s vulnerability, while avoiding any of the high-pitched, forced melodrama somewhat inherent in actors who have not hit puberty yet.

On the note of Child Eater’s antagonistic force, it must first be noted that its primary antagonist serves his purpose well. His visual design is particularly effective, realistically otherworldly and fully capable of slinking back into those shadows mentioned previously, and his role as a force of blind terror works on both a thematic and visceral level.

The film takes an interesting turn though by introducing something of a second antagonist, in a move that adds a creative twist it seemed otherwise uninterested in. Mechanically, it works well, but is let down by probably the weakest performance in the movie – against the other more grounded performances, this secondary antagonist unfortunately comes across as more awkward than driven, and it lets down the premise somewhat. 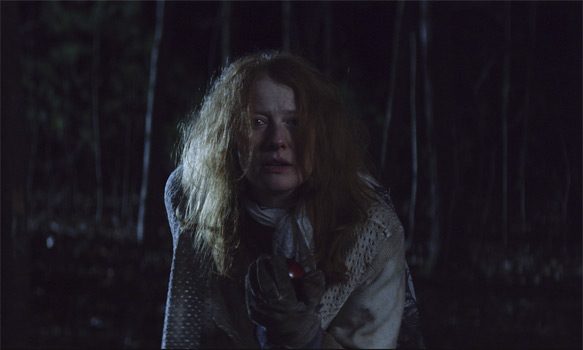 Additionally, Child Eater does make the mistake of over-stuffing the film with a few unnecessary subplots, particularly one concerning the female lead that feels like it was written in just to give her more motivational depth. It detracts from what is otherwise a tightly written endeavor. The film’s conclusion is also a mixed bag; there is a real visceral punch to some of the action of the climax, but it is hampered somewhat by one character’s unbelievably blasé reaction to said events, and the very final scene is a cliché the film would have been much stronger without.

That having been said though, Child Eater is not particularly revolutionary, but it is recommended for the quality of its construction and what creative flourishes it does pull off. For these reasons, CrypticRock give this fun, new Horror flick 3.5 stars out of 5 stars. 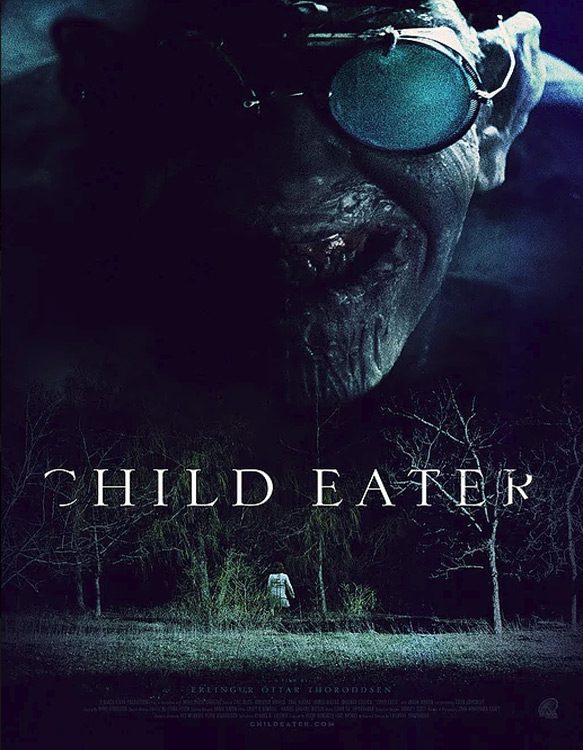