Chi·me·ra /kīˈmirə/ a mixture of genetically different tissues, an illusory hope for immortality. There is a veritable plethora of weird science in this world and the latest Science Fiction/Thriller, entitled Chimera, hashes out the controversy over human stem cells, raising philosophical questions about humanity and immortality. This deep-thinker’s flick arrives in 2018 thanks to Praxis Media Ventures. 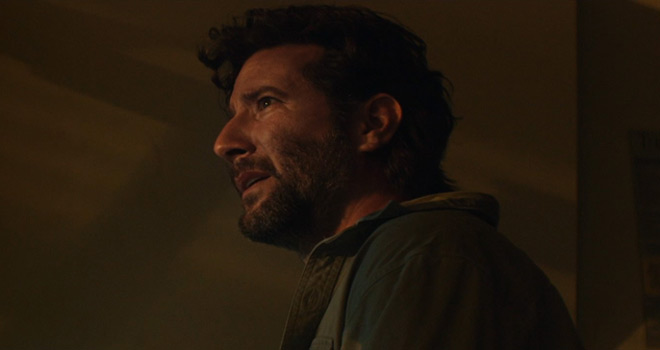 Inside an innocuous, gated property lies the secret laboratory of “mad” scientist Peter Quint (Henry Ian Cusick: Lost series, The 100 series). Plagued by the death of his beautiful wife Jessie (Karishma Ahluwalia: Blindspot series, Shooter series) and haunted by her memory, Quint buries himself in research. With his mind on medical research – creating chimeric pigs for use in the black market organ trade as well as attempting to sequence the genome of Turritopsis dohrnii, the immortal jellyfish – he is an absentee father for his two intelligent young children Miles (Raviv Haeems in his acting debut) and Flora (Kaavya Jayaram in her acting debut), an inseparable duo who compare themselves to Holmes and Watson.

There are, of course, further stressors in Quint’s life: his beautiful children are sick with the early on-set, accelerated disease that causes the multi-system atrophy that killed their mother, and his research is highly coveted by the rich and sadistic sociopath Masterson (Kathleen Quinlan: Apollo 13 1995, The Hills Have Eyes 2006), who will stop at nothing to have Quint under her control. With his children’s lives hanging in a desperate balance, Quint makes a questionable decision to buy himself some much needed time, fighting every step of the way to gain access to controversial human stem, cells for use in his work. 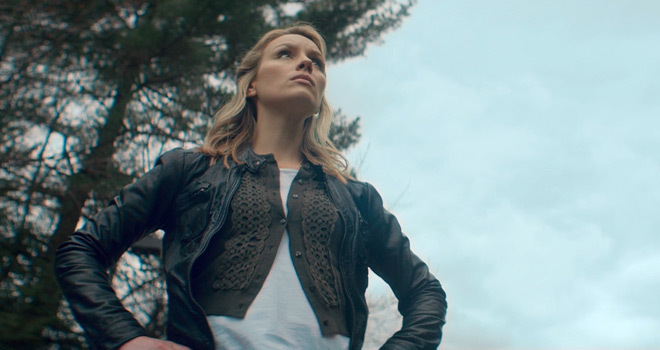 Chimera is a truly intriguing film, a wonderful blend of Drama and Thriller that is anchored in Science Fiction, yet an entirely plausible fiction that could very well be our future. Much of its plot is mired in scientific terminology, so viewers should be aware that this is no lazy, rainy Sunday afternoon flick. Instead, be prepared to put your thinking caps on and dive into topics such as artificial protein synthesis, chimerism, cryptobiosis, stem cell research and farming, as well as cloning and immortality.

The end result is a superbly intelligent exploration of medical research, particularly today’s hot-button issue of stem cell research and the always-present debate about immortality. Placing a gentle analogy between space exploration and that of medical research, Chimera raises pertinent philosophical questions that, at present, create a vast divide in their answering.

To relay this complex tale of controversial science, Director Haeems has enlisted an outstanding ensemble cast. Emmy-nominated Cusick, as the somewhat deranged scientist Quint, flawlessly translates the torment and plaguing loss of the main character’s situation, while embodying a somewhat anarchic scientist beautifully. In her role as the deviously psychopathic Masterson, the Oscar-nominated Quinlan is smooth like a fine, poisonous wine, a madwoman of the most callous proportions. Even younglings Haeems (yes, he is the son of the director) and Jayaram (adorable daughter of the producer), as Miles and Flora, are wonderful in their roles as the curious but forgiving, eternally loving children of the mad scientist. 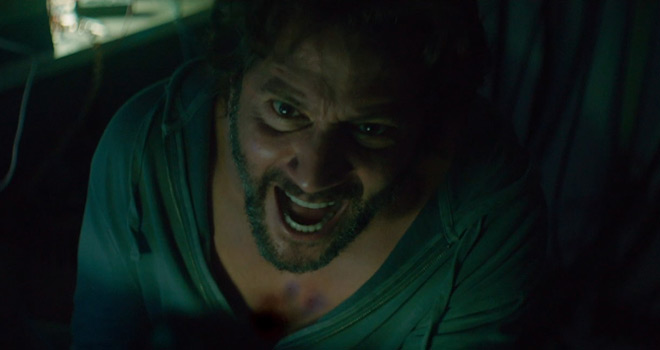 Did God or the Goddess intend for humans to be immortal, and if not, why did he/she imbue us with such curious minds and the abilities to explore beyond our present worlds? Is immortality meant for humanity, or is humanity merely meant to be another glitch on the Earth’s radar, much like, say, the dinosaurs. Whatever your personal slant on these topics, Chimera does a splendid job of telling an intelligent tale that leaves behind haunting, philosophical topics for debate.

A wonderfully-crafted film that kicks off 2018 with a dash of sophistication and shows massive promise for the fledgling career of Director Maurice Haeems, Chimera is definitely not to be missed! For these reasons, CrypticRock give Chimera 5 of 5 stars. 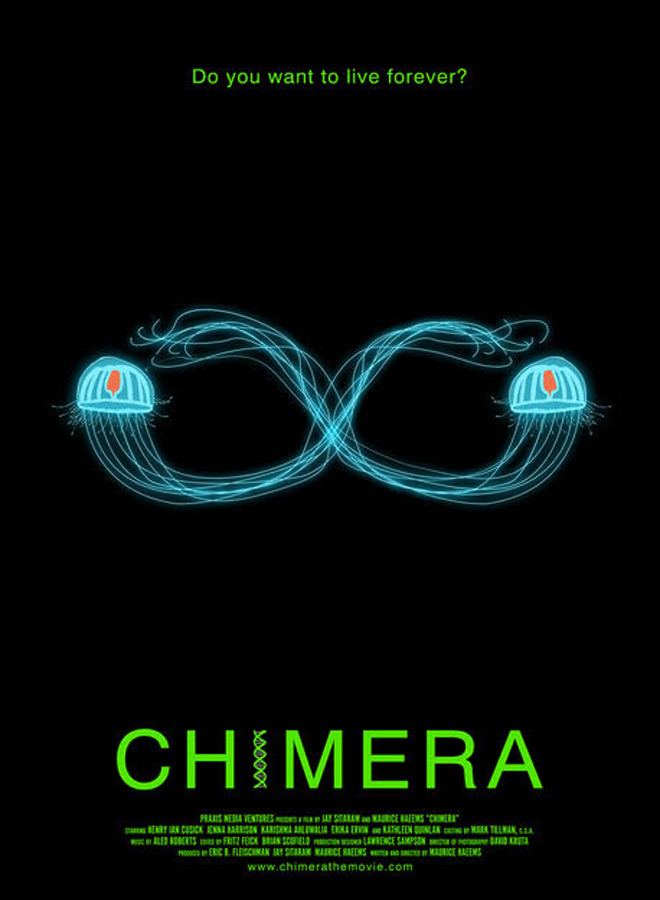