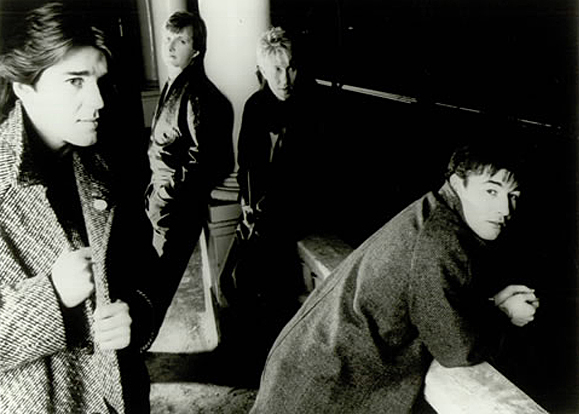 There is usually one positive side and one downside for a newly released album. First, there is a surge of excitement, which catapults whatever singles appear on the release to the tops of the charts. This is what may be called the hype phenomenon or bandwagon mentality. However, many of these same albums soon go ignored after another album has become the new focus of the media spotlight. It seems as if this hit release has been banished from the commercial radar or even from the consciousness of fans themselves, simply because their attention has been drawn elsewhere. Almost always, only loyal fans and serious music collectors, who have a stronger sense of sonic attention, are left to savor the entirety of the discographies released by the artists they truly love.

The genres of music (including Synthpop and other varieties of Art Rock) that collectively became known as New Wave saw their commercial peak in 1985 or the mid-’80s. With the Internet and a bit of initiative, any music buff will find that many of the best albums classifiable under this genre were released in 1985. One of these was Flaunt the Imperfection, the third studio album by the English band China Crisis.

Led by vocalist and keyboardist Gary Daly and guitarist Eddie Lundon, China Crisis was formed in 1979 in Merseyside, England. In their enduring, albeit sporadic, music career, they have released six studio albums, not counting the forthcoming new one, Autumn in the Neighbourhood. The overall style of the band may be best characterized by the smoothness and fluidity of New Wave and Synthpop, strong Pop sensibilities, a hint of Jazz breeziness, and the instrumental intricacy of Baroque Pop. China Crisis achieved this kind of sound with the use of string and woodwind instruments on top of acoustic guitars, keyboards, synthesizers, percussion, and a marked absence of heavily distorted guitars. All of these qualities are apparent, especially on Flaunt the Imperfection, which celebrates its thirtieth release anniversary this year.

Flaunt the Imperfection was well-received by many fans and critics. During the recording of the album, joining Daly (vocals, synthesizer) and Lundon (guitar, vocals) in the studio were Gary “Gazza” Johnson (bass), Kevin Wilkinson (drums, percussion), and Walter Becker (synthesizer, percussion). The album also features guitar solos by Tim Renwick. Becker, who is best known as the co-founder, guitarist, bassist, and co-songwriter of the American Jazz-Rock band Steely Dan, produced the record. At the time, Flaunt the Imperfection was lauded for its having been recorded by a quintet version of the band and producing a more organic sound. Since the first album was recorded by Daly, Lundon, and Dave Reilly (drums and percussion) alone, and relied considerably on synthesizers to achieve better instrumentation, such observations were valid. However, in revisiting all the albums of the band and listening to each with a sense of focus on the musicality, one should realize that there is really no marked difference after all in the overall sound of the group from one album to the next. The idea that the album was a great departure from the band’s previous releases was just media hype.

Just like those on previous albums, the songs on Flaunt the Imperfection are well-structured, and the instruments’ lines and melodies are pleasing to the ear. The synthesizer is still an order of the day, but it really does not take away from the organic quality of the music. Most of the songs rely on the driving and rolling style of the bass, and the Jazz-accented beats of the drums and percussion. Finally, on this album consistent incorporation of woodwind and horn instruments is what gives China Crisis its Classical finesse—aside, of course, from the cool and silky smooth vocals of both Daly and Lundon.

Flaunt the Imperfection’s highlights include the upbeat, whistle-led “The Highest High,” the Synthpop ballad “Black Man Ray,” and the infectious “wake-up” song “King in a Catholic Style,” which features a very jazzy guitar ad-lib. However, upon re-inspection, the listener will notice the relaxing, loungy mood of “Strength of Character,”  “You Did Cut Me,” and “Wall of God,” which sounds like a remnant of the previous album. Also notable are the buoyant and engaging stompers “Gift of Freedom,” “Bigger the Punch I’m Feeling,” and “The World Spins, I’m Part of It.” Finally, “Blue Sea” is a fitting album closer—subtle, breezy, not too instrument-technical, and book-ended by lengthy but appropriate instrumental interludes. Overall, Flaunt the Imperfection is a timeless classic to the genre which still holds potency thirty years later. 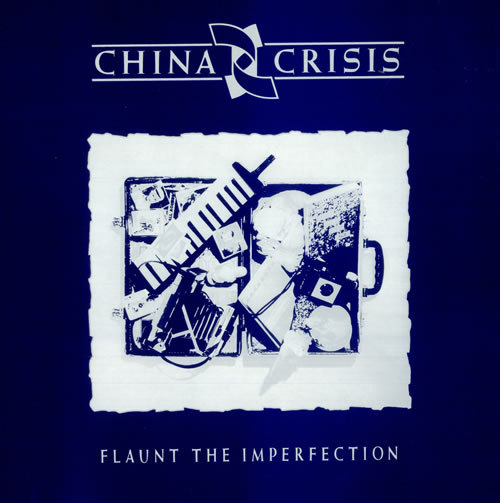