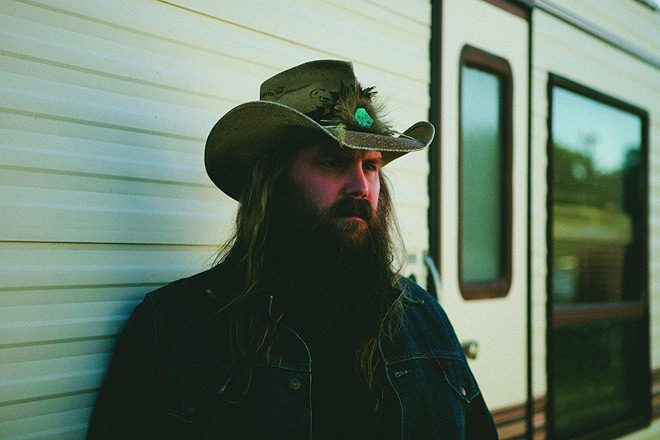 He then followed that up with From A Room: Volume 1 in May of this year, which has, so far, been the biggest seller of 2017, won the CMA award for Album of the Year, and been nominated for three more Grammys: Best Country Solo Performance, Best Country Album, and Best Country Song of the Year. Stapleton’s star, already somewhere just below Garth Brooks’ orbit at the tippy-top of Nashville royalty, seems to know no limits.

With all this fame and fortune, one might expect that Stapleton’s ego would take over and he would forget his roots. Nothing could be further from the truth, and he has been candid about his success. At a show in Columbus, Ohio earlier this year, Stapleton said, “Never in my wildest dreams did I imagine I’d play a place this big.”

Looking back, Stapleton’s story is a familiar one in Nashville; he moved there in 2001, performed with a moderately successful Bluegrass band called The Steeldrivers from 2007-13, then struck out on his own, and toiled in relative obscurity for years. Stapleton’s journey diverged somewhat from the typical Nashville hard-luck tale in 2013 when he signed to Mercury Records Nashville. There was a record and a single right away, but they too failed to gain traction.

On his way up, his big break came when he performed “Drink a Beer” at the 2013 CMA Awards. Luke Bryan had recorded the song, but was unable to attend the ceremony due to a death in the family. Stapleton subbed for Bryan, the world got its first taste of Chris Stapleton, and the rest, as they say, is history.

Though he just released From A Room: Volume 1 back in May, Stapleton is back with his third studio album, From A Room: Volume 2, coming out on December 1st on Mercury Records. Volume 2 is a companion album to the first iteration of From A Room, which references the legendary RCA Studio A in Nashville.

To be listened to back to back, both albums were produced by Dave Cobb and curated from Stapleton’s extensive collection of compositions from his days of toil in Nashville, plus covers of Kevin Welch’s “Millionaire” and “Friendship” written by Gospel and R&B legend Pops Staples.

Where Volume 1 stays simple with mostly-acoustic numbers and easy, downbeat accompaniment that focuses on Stapleton’s vocals, Volume 2 has more instrumentation and is considerably more upbeat. Stapleton opens with Welch’s “Millionaire,” a song that exhibits his simple-man credo. It features typical, jangly guitar rhythm that one expects on a Country record, and fine harmonizing from Stapleton’s wife Morgane. Morgane, who has been performing with Stapleton from the beginning, has a voice that fits so perfectly with Chris, that one would not be faulted for believing that it was made for this partnership.

On “Hard Livin’.” Stapleton channels his inner Waylon Jennings. With a driving backbeat, sharp electric guitar lead, and 2:59 running time, “Hard Livin’” evokes Outlaw Country of the 1970s. Next, “Scarecrow in the Garden” slows down and tells the story of a hard-working man who has to make hard choices. Stapleton’s true talent is packing a fully developed story in barely over three minutes, and “Scarecrow” is one of the best examples of that talent.

The second third of the album starts with “Nobody’s Lonely Tonight.” Another story, this is one of a pair of lovers who have lost the thread that held them together but don’t know how to call it quits. “Lonely” features Stapleton’s strongest vocals on the record – one moment he sounds like Travis Tritt at his prime, and then, almost instantly, he cranks up his voice and shows us a flash of Chris Cornell. This is a fine album, with no subpar tracks, but “Lonely” may very well be the finest.

On “Tryin’ to Untangle My Mind,” Stapleton catalogs all the efforts he has made over the years to get his head right; drinking whiskey, holding women, and making money. The upshot is that if he ever actually untangles his mind, there would be nothing left to write songs about. Let us hope he spends a few more years before he figures it out.

Stapleton brings everything down a notch for “A Simple Song.” This one features Morgane and an acoustic guitar, and another catalog of the joys and concerns of a family man. For someone who has experienced such success over the past few years, it is possible that Stapleton would become completely un-relatable and that a song about “the kids and the dog and you and me” would ring false, but Stapleton has retained his working-man perspective to the point that anyone can connect to his music.

The album closes with a trio of songs that show off Stapleton’s diverse skill set. “Midnight Train to Memphis” is a Nashville trope so deeply ingrained that it is almost a cliché. In Stapleton’s hands, it is a driving, hard-rocking track that smashes the stereotype. “Drunkard’s Prayer” is exactly what it sounds like. It features just Stapleton on an acoustic guitar, playing a drunk who just lost the love of his life, telling his god all the things he is unable to say when sober. Finally, the album closes with the other cover, Pops Staples’ “Friendship.”

Chris Stapleton, though on top of the Nashville music business, has kept a firm grip on his blue-collar experience. This is a record that is as genuine as anything that has come out of Nashville in the last 15 years, and Stapleton has done it all while maintaining a working man’s credibility, something that cannot be faked. From A Room: Volume 2 is every bit as good as its predecessor, and deserves all the accolades that are bound to come. CrypticRock gives the record 5 out of 5 stars. 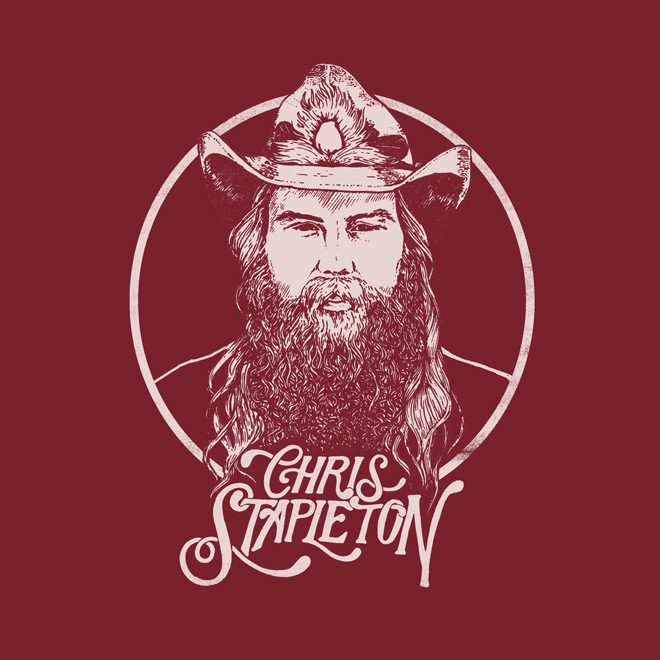 Purchase From A Room: Volume 2: