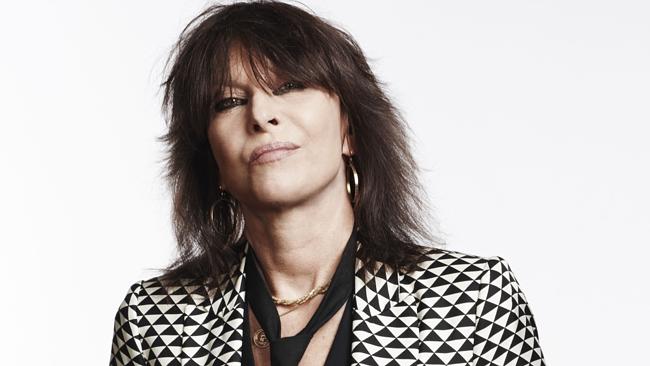 American singer/songwriter Chrissie Hynde is best known for being the front woman of Rock and Roll Hall of Fame Alternative Rock band The Pretenders. She is also known as someone who frequently collaborates with a wide range of other musicians, from Sheryl Crow to Incubus to Bruce Willis. Growing up in Ohio, in her early twenties she joined a college band called Sat. Sun. Mat. with Mark Mothersbaugh of Devo before she packed up and moved to Europe in 1973. After several failed attempts at finding a band, Hynde finally formed The Pretenders in 1978. Named after the Sam Cooke version of The Platters’ song, “The Great Pretender,” the English-American rock band have compiled eleven albums (nine studio and two live) to date. With a revolving door of members, Hynde has remained as the sole constant Pretender throughout their history.  Amazingly enough, with her long list of accomplishments, 2014 brings her very first solo album, titled Stockholm.  Released on the label Caroline International, Stockholm was recorded in the Swedish capitol of the same name and produced by Bjorn Yttling, co-founder of the label and artist collective INGRID. Yttling, known for his work with artists such as The Hives, Primal Scream and Franz Ferdinand, teamed up with Hynde as co-songwriter on a handful of tracks as well.

Opening with the track “You or No One,” Hynde brings a warm sound which she perfected as a member of The Pretenders.  With writing collaboration with Yttling, the song features a catchy vocal line and a mix of guitars and keyboards, a spectacular way to open the record.  Next is the album’s lead single, “Dark Sunglasses,” where Hynde brings a classic Alternative guitar riff wrapped around appealing vocal melodies.  On “Like in the Movies,” Hynde teamed up with Teddybears member Joakim Åhlund taking a darker turn with moody instrumentation and a softer delivery by Hynde on vocals.  The track “Down the Wrong Way” is a mid-tempo tune with a raw tone featuring a guest appearance by Neil Young on guitar.  Young’s sound is extremely distinctive and it certainly bleeds through on this track, which was chosen as another single back in September.  Bringing on a more New Wave sound, “You’re The One” features heavy keyboards for a brief but fun song.

Stockholm continues very smoothly with an interesting, dream-like track, “A Plan Too Far,” which features tennis legend John McEnroe showing off impressive lead guitar skills.  The irresistible, deep seated groove of the song really makes it stand out midway through the record and is a must listen.  Followed by a slow burn of a track with “In a Miracle,” the pace is immediately brought back up with “House of Cards,” where Hynde’s voice shines vividly.  It is on the latter song where Hynde shows that she has not lost a step at all, bringing her unique singing styling to new heights.  “Tourniquet” brings by a mystical sound with gentle guitars and keyboards along with relaxing background whistling that comes and goes like a cool breeze, a truly beautiful piece to dig into.  With the upbeat “Sweet Nuthin’,” Hynde brings a dance vibe to Stockholm and will have listeners bopping their head and singing along.  This goes into the album closer, “Adding The Blue,” which seems rather fitting with acoustic guitars and Hynde singing of broken promises and of life during and after the ache of a relationship’s demise. It is a somber, heartfelt song that will leave the audience in a comfortable place with Hynde in the driver seat.

Overall, Hynde’s debut album has the arc of a relationship; lust, love, loss and, unlike most female-helmed albums today, reflection. While Hynde brings the sulky, strong vocals that are her standard, this album is a wonderland example of life in and out of love, and should bring a new generation to her music, all the while charming her already established fan base. A deluxe version of Stockholm was released exclusively on iTunes, featuring the brand new recording of The Pretenders‘ “2000 Miles” and live tracks from her recent, successful iTunes Festival performance at London’s Round House. Stockholm is a special piece of music that does remains potent from start to finish and is a must listen for fans of The Pretenders and Classic Alternative Rock.  CrypticRock gives this album 5 out 5 stars. 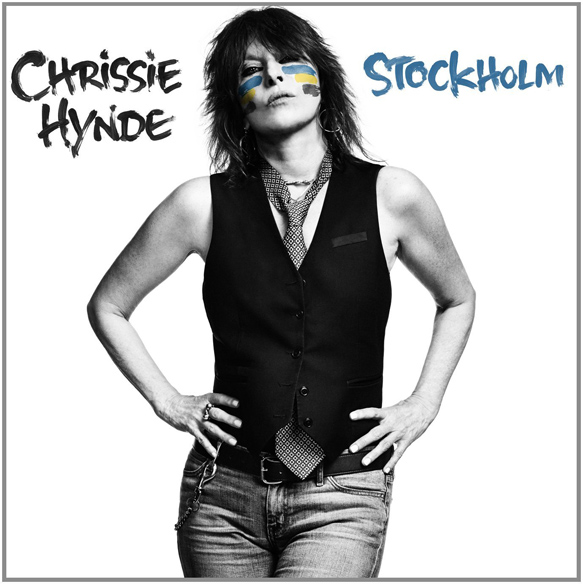