The holiday season is upon us once again, and while we should all be thankful for surviving another trip around the Sun, Horror geeks have an old tradition of watching some of their favorite Christmas Horror films to bolster their yuletide spirits. Christmas Horror is an odd subset of the genre and can be lots of different things – a corruption of the classic character of Saint Nicholas, dark Comedy that amuses as well as it scares, and much more. No matter how the story takes shape, there is an undeniable quality of magic surrounding them; the same magic the season instills in the world around us every year. For anyone looking to explore some of the best, here are ten Christmas Horror movies to make your Holiday season a little more bloody.

One of the staples of Christmas Horror, The Canadian 1974 film Black Christmas was inspired by the classic ‘Babysitter and the stranger upstairs’ urban legends. This movie was a surprise in many ways and featured strong performances and some genuine scares, not to mention a great ending. Watching Black Christmas now will show you just how much other Horror films have borrowed from this classic over the years. A must see for anyone looking for Holiday Horror. 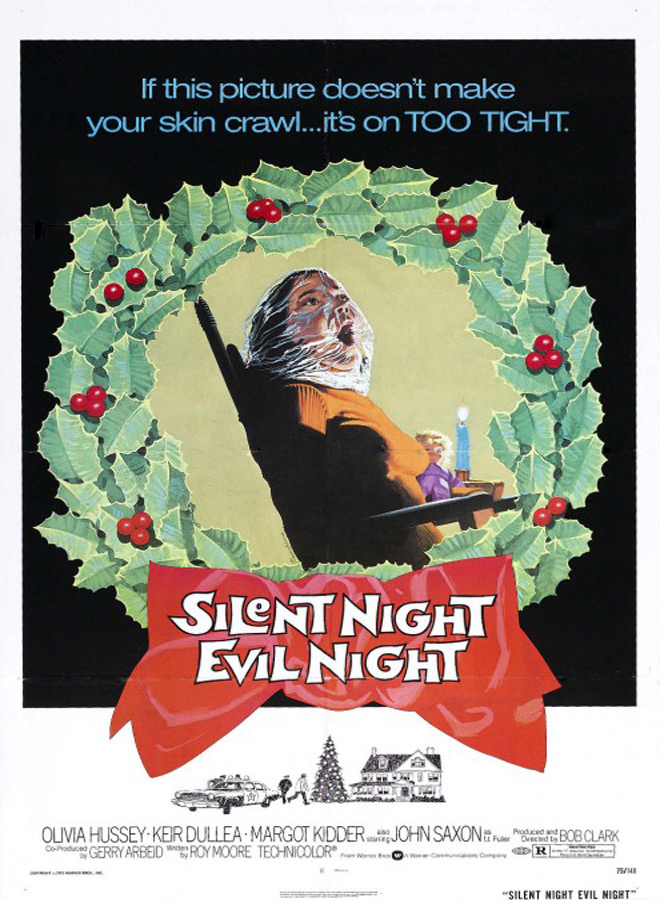 Christmas Evil is a different sort of beast from the rest of the Holiday Horror pack. This has a lot more of a Psychological Thriller element to it, and a very creepy one at that. A man named Harry is obsessed with Santa, as in he wants to BE Santa. Harry idolizes Saint Nick and thinks he is the paragon of humanity that everyone should strive to be. He gets a lot of flak for this at work and elsewhere because people just think he’s an unhinged eccentric, but as Harry becomes more convinced he is Santa, the farther away from stable he becomes, with dire consequences for those who do not have sufficient Christmas spirit. This is both an effective Christmas and psychological Horror movie, so check it out. 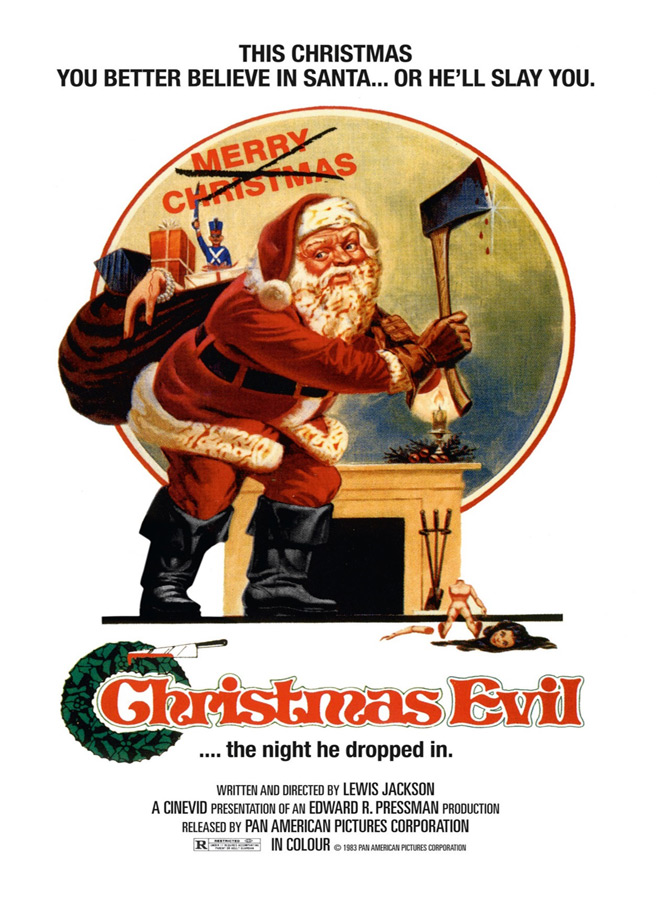 This 1984 British Horror film is a straight, hardcore Slasher with a high dose of violence and sex. It is very reminiscent of exploitation Horror but features a memorable killer with a truly frightening mask. The story focuses on a mysterious killer who is targeting anyone dressed as Santa during the holiday season. Mall Santas, ordinary dads entertaining their families, no one who dresses as Santa is safe. Don’t Open Until Christmas is worth your time and is another film that has a memorable ending. 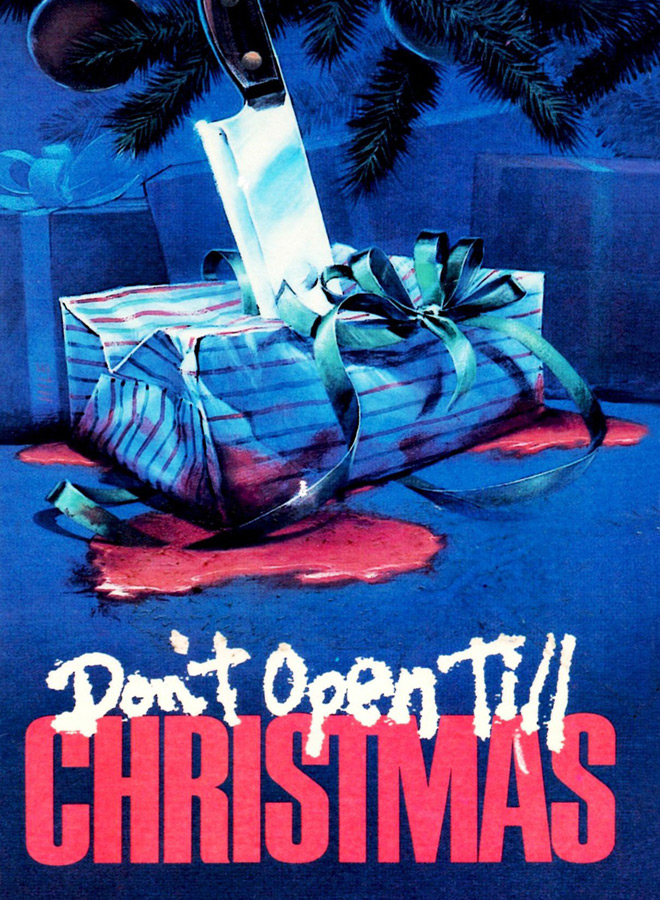 One of the most endearing and lasting movies from the ’80s is Joe Dante’s Gremlins. The story is about a struggling father looking to get his son a great Christmas gift. He comes upon a Chinese antique store and finds a cute, furry creature called a Mogwai. He is warned that one must follow 3 strict rules if they will keep a Mogwai – do not expose it to bright lights, do not get it wet, and do not feed it after midnight. When any of these rules are broken, the Mogwai, named Gizmo, spawns evil versions of himself that wreak havoc immediately. The gremlins are aggressive and smart, and are capable of a surprising level of destruction for such small critters. Gremlins is a fun movie whose overall light tone makes the violence in it stand out, and in fact, this movie was responsible for the PG-13 rating being made. This is a hugely popular movie and should be revisited every Holiday season. For those who have not seen it, what are you waiting for? 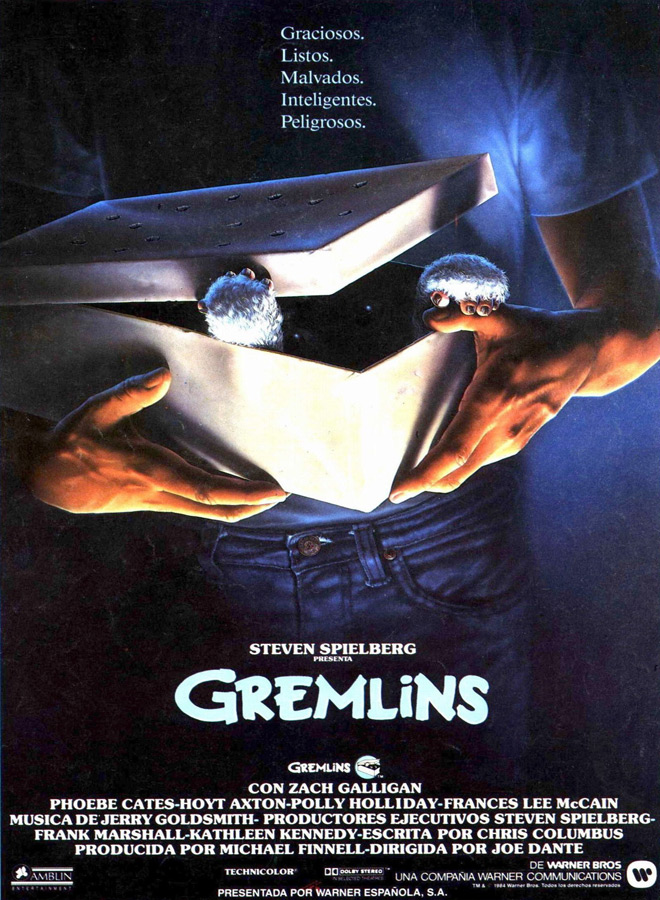 Not to be confused with the family holiday movie starring Michael Keaton, Jack Frost is a campy Horror Comedy about a serial killer named, well, Jack Frost, who is being transported to his execution in a truck when he manages to kill the driver. Unfortunately for Jack, the truck crashes into a genetic research truck and its contents causes Jack to fuse with the snow (yes really). What emerges from the accident is a living snowman full of pure, homicidal evil bent on taking revenge on the sheriff that captured him. Jack Frost is essentially a parody of Slasher flicks but is still an entertaining and fun time spent for those looking for some laughs with their Christmas Horror. 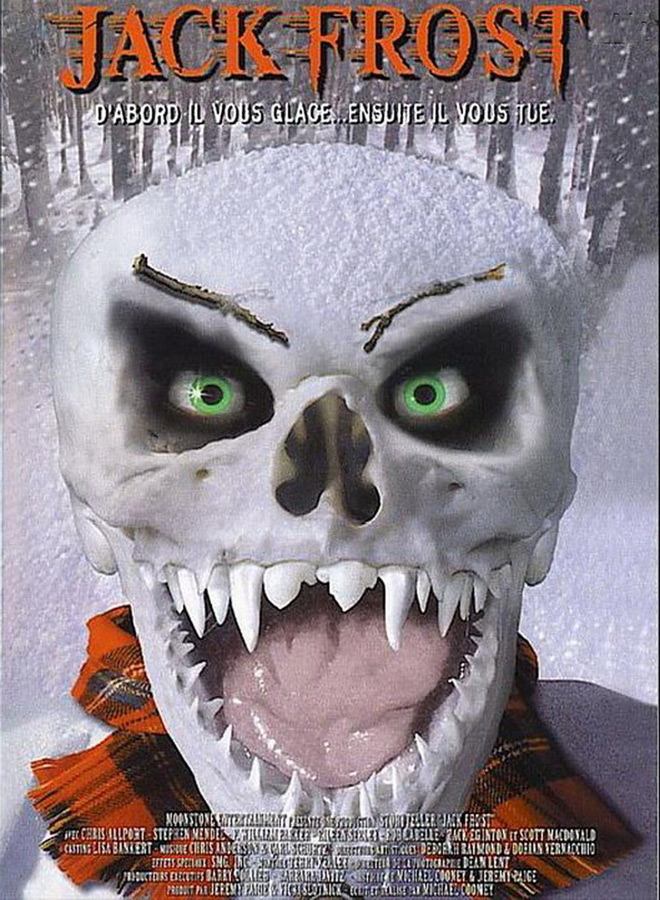 The most recent movie on the list is also one of the best. Krampus is a monster of European folklore who punishes children who have misbehaved; a sort of dark Santa Claus. In the film, a dysfunctional family is not having a very festive holiday, and tensions rise to the point of attracting the attention of Krampus, who seems to show up when there is no Christmas Spirit or compassion. Krampus was a surprise success that strikes the right tone between a Christmas Horror movie, and one that can be enjoyed by a larger audience. It has violence, but not enough to bring it to an R-rating, and does have genuine scares and an excellent monster villain. Krampus will not disappoint those looking for a quality Christmas Horror experience. 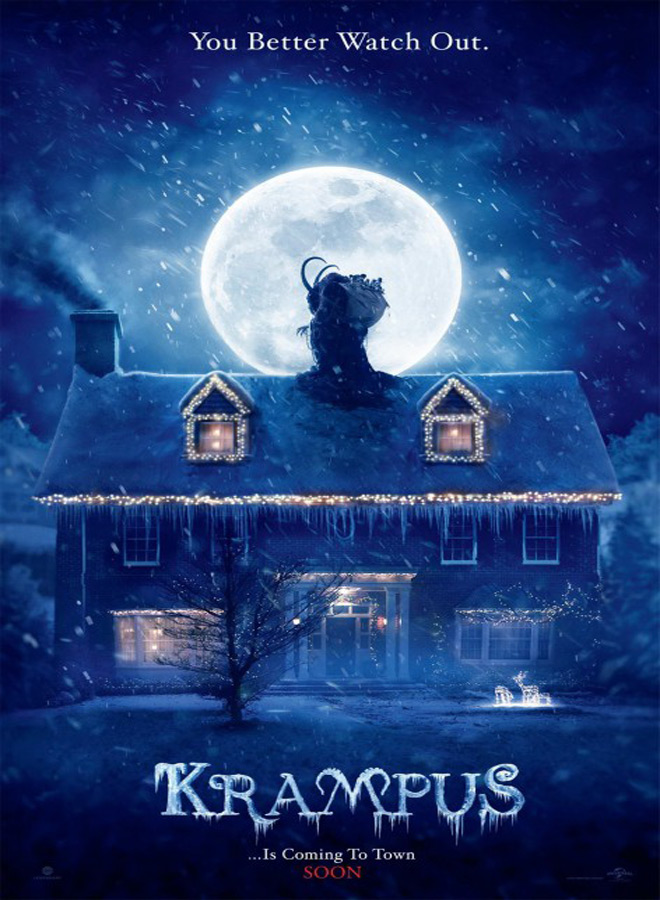 The Nightmare Before Christmas (1993)

The wonderful, creative mind of Tim Burton is perfectly suited for Holiday Horror and this modern classic is some of his best work. Jack Skellington is the Pumpkin King of Halloweentown, but secretly has grown weary of the old tradition and looks to spice things up by finding another holiday to incorporate into his realm. Finding the door to Christmas Town is a turning point in his life, but his citizens struggle to understand what Christmas is all about. This film walks a line between light Horror and Dark Comedy to great effect, and the stop motion animation is the perfect touch for this story. The Nightmare Before Christmas is excellent and should be watched by all during the holiday season. 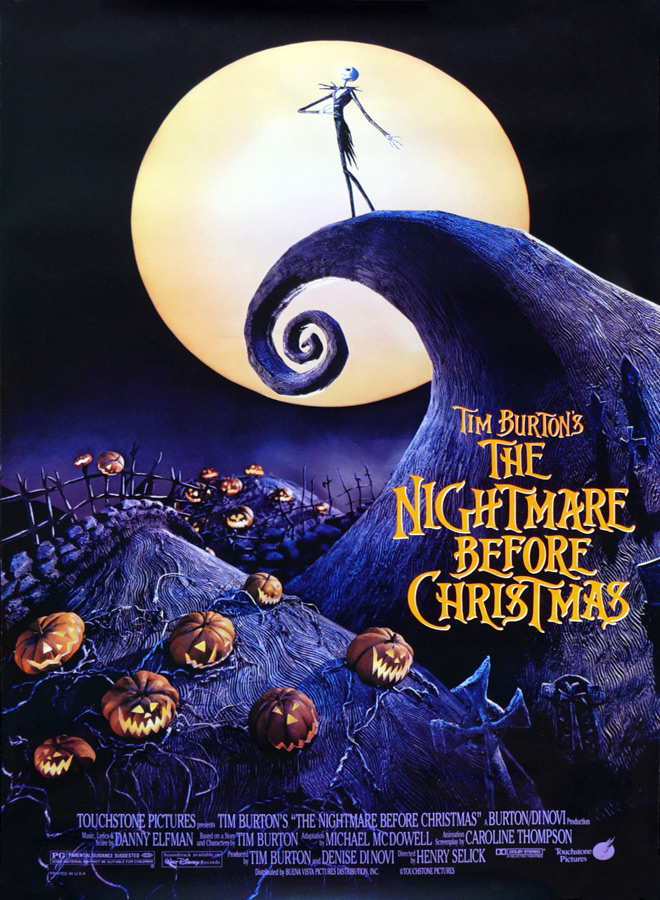 This film is widely unknown in the United States but hopefully this article will go a little way in changing that. Rare Exports is a Finnish Horror film from 2010 about a research team excavating a suspected ancient burial ground in Finland and discover something terrible – Santa Claus is real but not what everyone thinks he is. This is an R-rated Santa tale that invokes a bit of Body and Cosmic Horror, wrapped in a solid script and backed up by good performances. Hard to say much without giving it away, but Rare Exports is definitely a Christmas Horror story worthy of your time on a cold December night. You might think you know where this story is going when you see it, but you are probably wrong. 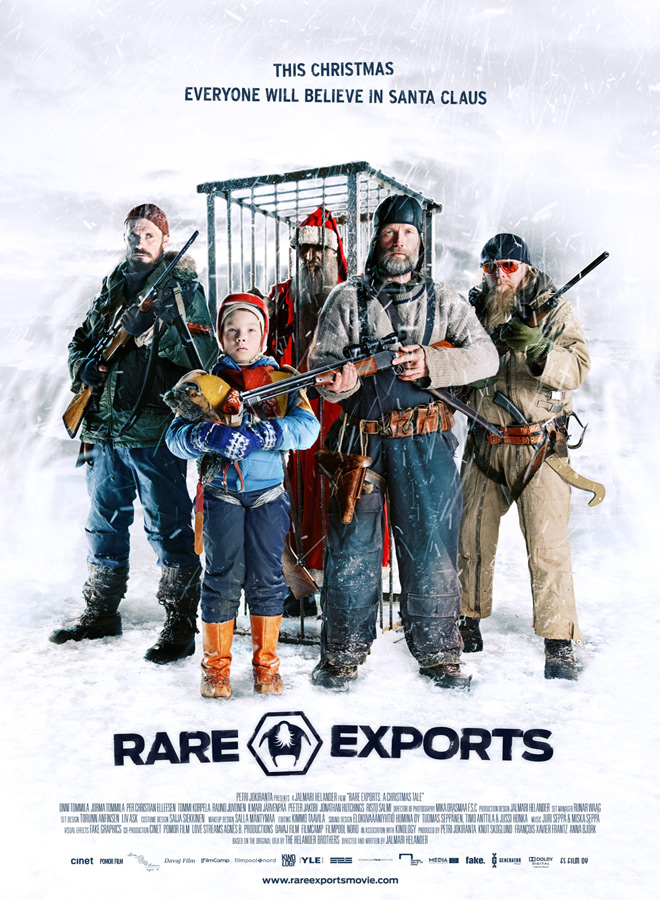 This is likely the most well known of Christmas-themed Horror films and is considered a classic Slasher. A young boy named Billy sees his parents brutally murdered by a man dressed as Santa, sending him and his brother to an orphanage for the rest of their childhoods. Subject to additional abuse from the stern nuns, Billy’s latent psychological problems finally explode as he becomes a young man and he becomes a twisted version of Santa, punishing those he deems naughty with an array of weapons. Silent Night Deadly Night is a good Slasher that spawned several decent sequels, but the original is the best of the bunch and should be on your Christmas Horror list. 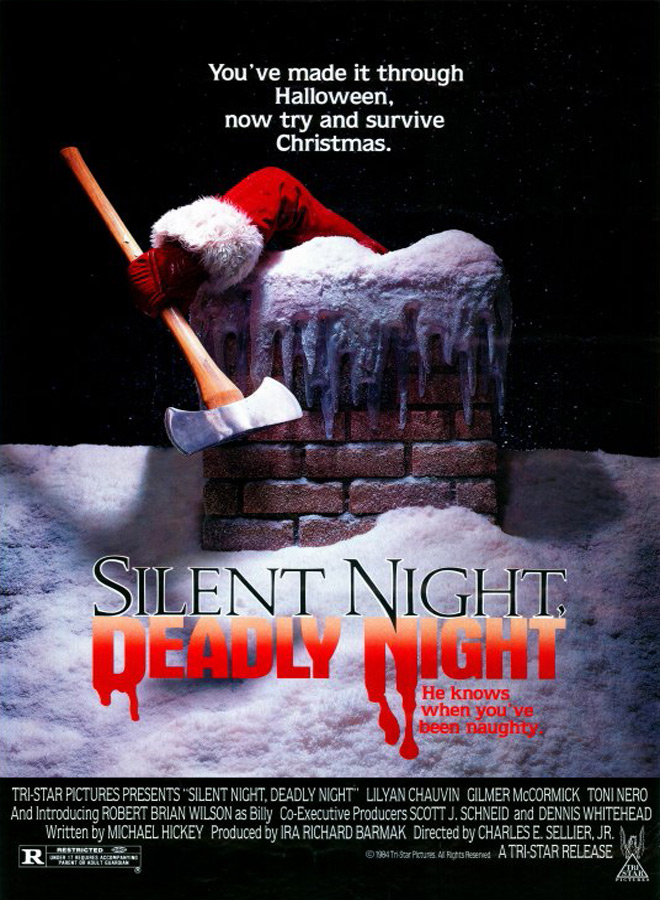 Okay, so this isn’t a movie, but it is one of the most memorable episodes from the classic Horror series Tales From The Crypt. The story starts just when a woman murders her husband with a fireplace poker for inheritance money, then hears a radio broadcast about a deranged killer who targets women that has escaped and believed to be in the area. Said killer shows up quickly, and the rest of the episode is essentially one long chase scene. The episode is only 22 minutes, but most of that is the woman trying to elude the killer, who is very scary looking and never comes off as hammy or bumbling. This is an intense short that is definitely a must have in any collection of Christmas Horror. All Through The House was directed by Robert Zemeckis, which would explain its quality and longevity. 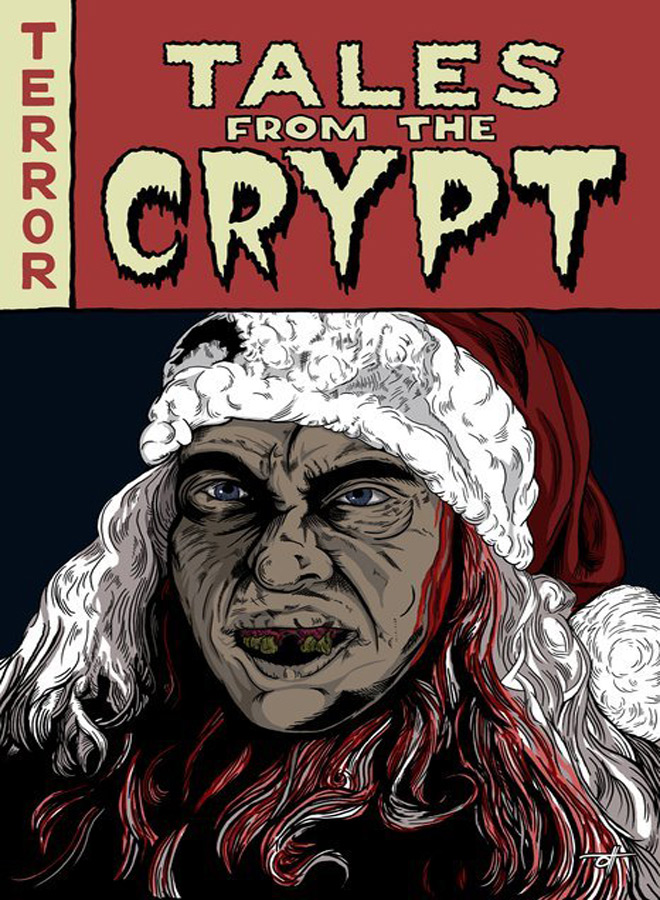 Purchase The Nightmare Before Christmas:

Purchase Tales From The Crypt: All Through The House: