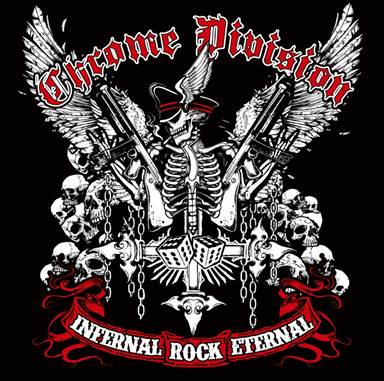 “The Doomsday Rock Legion are proud to announce that 2014 marks the 10 year anniversary of CHROME DIVISION. It’s been one year of intense team effort combined with band parties and studio sessions, resulting in our most varied and best album to date, recorded in Dub Studio in Oslo, Norway with Endre Kirkesola. I’m very proud of this album and can’t wait to share it with you. Doomsday Rock ‘n’ Roll Forever.”

“And we’re back… finally! After nailing down the new, permanent line up some two years ago, we have worked intensely with the new songs and sound of CHROME DIVISION continuously. The last year was spent in and out of the studio tracking song after song of the new stuff. I have to say the band is complete now, and the new overall feel of the music that comes out of this gang of rockers these days is just awesome! I am stoked to be a part of this new album and extremely satisfied with the diversity in songs and the power of each and every track. Working with Endre Kirkesola in Dub Studio has been a great experience, and just what the band needed. [Guitarist] Damage Karlsen & [bassist] Ogee [Ferrari]’s contributions to the new stuff is just beyond! We are super exited to hear what you guys think of the new album. And we’re looking forward to finally getting out on the road more and play the shit live for you as well! Enjoy Infernal Rock Eternal! Doomsday Rock ’n’ Roll Forever!”

The track listing for Infernal Rock Eternal is as follows: 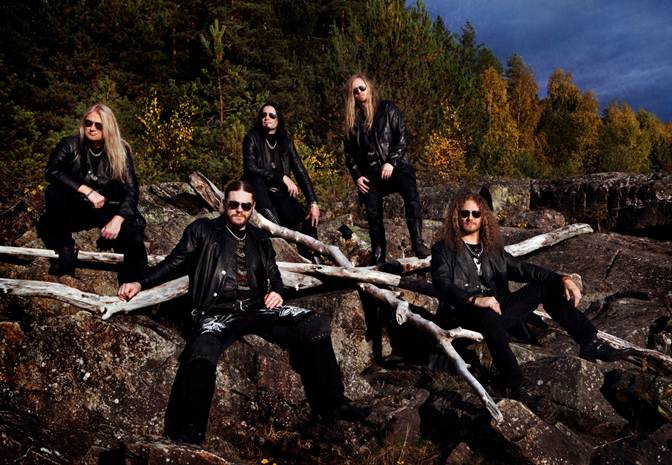