Chrysalis is the latest horror movie released by Glass City Films and Huckpoten Entertainment in April 2014. Written by Ben Kurstin and Directed by John Klein (Happily After 2010) Chrysalis is an innovative take on the zombie genre. Set in the year 2038, Chrysalis focuses on the aftermath of a biological disease outbreak that has affected the entire world, leaving behind only a handful of survivors. Two of these are the main focus of the story. Penelope (Sara Gorsky) has only lived in the post-apocalyptic New York City, and did not get the opportunity to learn how to read or write. Her partner Joshua (Cole Simon: Rendezvous 2008, Glass City 2008) has some knowledge of the old world, and has been teaching Penelope how to read. Some time ago, they were both in different groups of survivors that eventually merged, and only the two now remain. 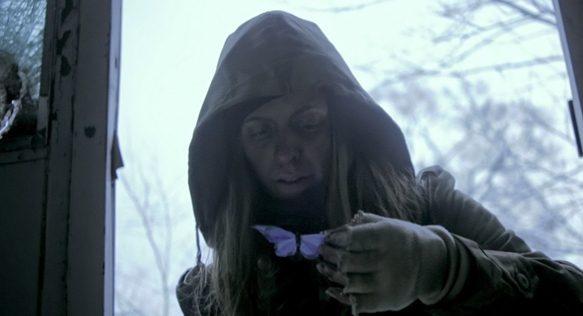 People were in fact infected with a zombie-like disease, but over time, they slow down. Penelope and Josh spend their days looking for other survivors and for supplies. The little hope they try to create by having a child is always taken away, due to poor health and living conditions. One such day, Josh is surprised to learn Penelope had been pregnant when she suffers a particularly bad miscarriage. When they are holed up in an abandoned building for Penelope to rest, they come across a few zombies they must dispatch. Despite the number of times they have had to do so, Josh still cannot handle having to kill people even if they have turned into diseased monsters. A survivor that has been bitten has a military case with him, that luckily for Penelope and Josh is full of canned and plastic sealed food that will last them some time. 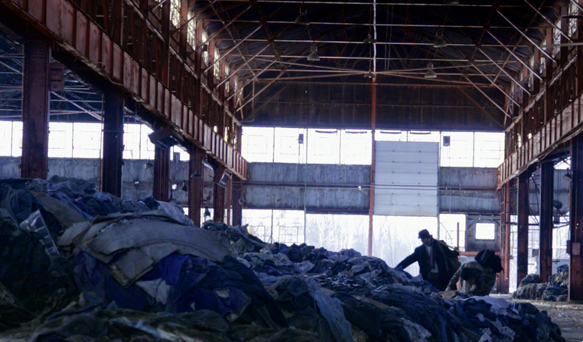 Not long after their find, they come across another survivor Abira (Tanya Thai McBride: Chicago PD 2014), whose partner Penelope was forced to kill. Abira joins Josh and Penelope and encourages them to join another larger group who are trying to take the city back one block at a time. The journey to meet the group is fraught with danger looming around every corner. Penelope is wary of Abira, but Josh is concerned it is just because they have spent so much time alone together. 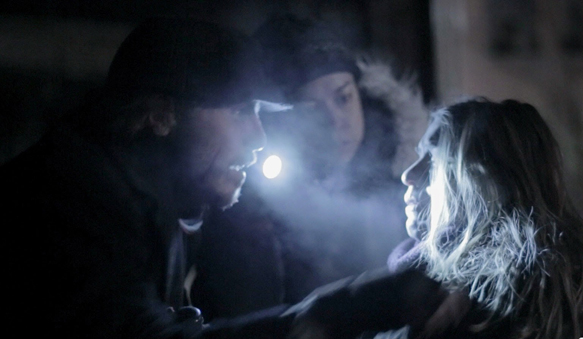 Chrysalis is a deeply intense movie, dealing with the long-term implications of biological warfare and the continued existence of the human race. Its a bleak life, you can never rest or relax, you live in a constant state of fear, and food and sleep are luxuries. Despite the harsh challenges they face each day, Josh and Penelope still hold out a small amount of hope for humanity, which is what drives them each day and keeps them going. Their health deteriorates, and when they find out that Vera was bitten years ago, they have extra concerns and stress to contend with.  The small cast does an impeccable job at carrying the movie along. While it is slow moving with intermittent action, it does have plenty of blood and gore, and the storyline is interesting enough to keep the viewer glued to the screen. The cinematography is excellent, while the overall atmosphere is both creepy and desolate. Chrysalis is well worth watching, and and leaves the viewer wondering what will happen in the future.  CrypticRock gives this film 5 out of 5 stars. 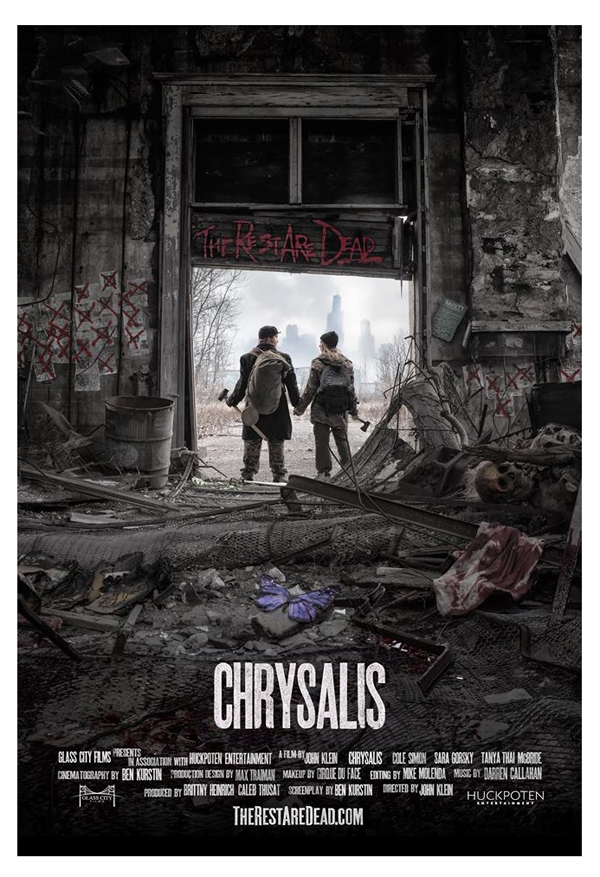