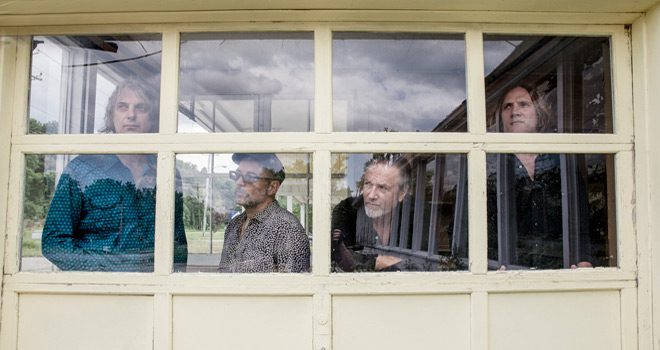 Detractors of modern technology and modern music often claim that the new outputs of veteran artists no longer hold water, or to put it plainly, are no longer relevant and listenable. What an unfair and narrow-minded presupposition. Mind you, many of these disparagers cry injustice even though they are yet to listen to such music. Such is the twisted minds of these biased critics, who are actually only projecting their own inability to behold the beauty in anything new—jaded minds, faded hearts, outdated sense of awe, diminishing ability to appreciate, and shrinking eardrums.

If one is perceptive, then one should realize that modern technology, specifically the Internet, has actually enabled and empowered many artists to become active again in making music; and this should be recognized and commended. For instance, pioneering bands and artists associated with New Wave, Alternative Rock, and Indie Pop such as Morrissey, Simple Minds, Alphaville, Clan of Xymox, U2, and The Church have all proven that the visibility and accessibility afforded to them by the Internet and the social-media phenomenon translated to a renewed and continued surge of musical creativity, inspiring and enabling them to release again new albums in relatively quick successions.

Among the lot, The Church proves to be a standout in the area of prolificacy—twenty-six albums in a span of thirty-seven years!—from 1981’s Of Skins and Heart (“The Unguarded Moment”), the chart-topping Starfish (“Under the Milky Way”) of 1988, the Shoegaze excursion of 2014’s Further/Deeper (“Pride Before a Fall”), to the return-to-original-form sound of the forthcoming and much-awaited new album. Currently comprised by founders Steve Kilbey (lead vocals, bass guitar, keyboards, guitar) and Peter Koppes (guitars, keyboards, vocals), longtime member Tim Powles (drums, percussion, vocals, guitar), and recent addition Ian Haug (guitars, vocals), the band that was formed in 1980, in Sydney, Australia, may be regarded as an enduring pioneer in the now widely acknowledged New Wave genre.

Slated to be released on October 6, 2017, Man Woman Life Death Infinity is The Church’s twenty-sixth full-length. While its immediate predecessor—2014’s Further/Deeper—delved more on the Shoegaze and experimental facets of the band’s broad spectrum of sounds, this new offering is a revisit farther back to its ethereal, melodic, and ringing Post-Punk/Psychedelic Folk Rock beginnings. For instance, it opens dramatically with the slow, ambient-sounding “Another Century,” whose textured layers and rustic plucks of guitar tracks conjure a sonic image of another time. This is then followed by the undulating, hypnotic oceanic swirl of “Submarine.” “For King Knife” is a change of mood and time, as its melodies and overall feel hark to the sunny, upbeat Pop girl groups of the 1960s, albeit still glazed with mild psychedelia. “Undersea” is a slight ascent in tempo whose rhythm swims relaxingly; a standout with its backing choral voices and chiming strings, reminiscent of 1985’s Heyday, in particular “Already Yesterday.”

“Before the Deluge” will definitely thrill the senses of longtime fans, as it will remind them of the cool freneticism of the very first The Church album; a whiff of “Memories in Future Tense” will inevitably fill the air with sweet nostalgia as well as a distant echo of Post-Punk sensibilities, Joy Division style. Then there is the trademark Byrds-inspired ringing guitar sound of The Church, in the ensuing “I Don’t Know How I Don’t Know Why,” which will fit in nicely on a playlist that includes House of Love’s “I Don’t Know Why I Love You,” The Cure’s “Lovesong,” and Wire Train’s “Last Perfect Thing.”

With the ensuing kaleidoscopic haze of “A Face in a Film” and “In Your Fog,” The Church takes again its listeners further and deeper into its shimmering and mesmerizing sonic seascape, reminiscent of the similarly styled “Reptile” and “Metropolis,” from the band’s late ’80s and early ’90s heyday. The second-to-the-last track, “Something Out There Is Wrong” is aptly placed—jangling serenely and waving gracefully like a marine lullaby. Finally, Man Woman Life Death Infinity closes with the partly spoken narrative “Dark Waltz,” whose somber tone and dark timbre completes the album’s thematic cycle of the yin and yang of human sexuality and mortality, ad infinitum.

The Church has done it again. Another collage of aural masterpiece. Both old and younger fans of the band, unite and swim happily in this new offering. CrypticRock gives Man Woman Life Death Infinity 4 out of 5 stars. 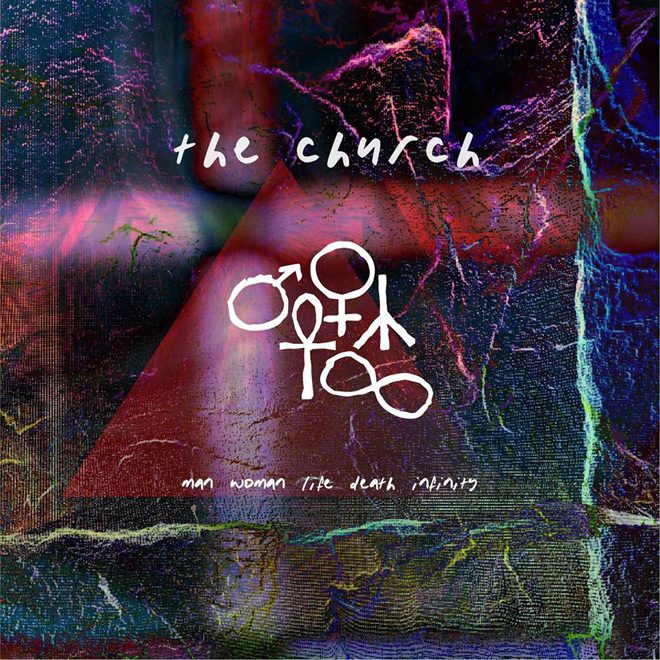