Cilver – Not The End Of The World (Album Review) 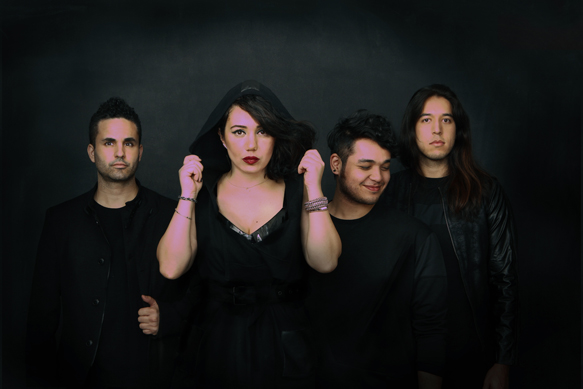 Rising above and beyond all odds is an aspect in the music industry that does not go unnoticed with New York City band Cilver. Passion, drive, and pure Rock-n-Roll; Cilver is a powerfully, women fronted ensemble cut out of possibilities and turning dreams into reality. This five piece group, composed of Uliana Preotu (vocals), Leon Lyazidi (guitars), Ramsey Modiri (guitars), Josh Pillbox (bass), Michael Ostuni (drums), was formulated in 2013, originally only involving members Preotu, and Lyazidi. Earlier the following year, the two had goals with intentions of achievement, and a full band behind them. Soon after, the release of their EP In My Head in 2014 brought awareness to the powerful messages of strength and success through riveting music.

As if starting out playing in bars and clubs was not triumph enough, Cilver could be found out on tour with Alice In Chains, Rob Zombie, 2014’s Revolver’s The Hottest Chicks In Hard Rock Tour or being signed to The RSE Group and Entertainment One Music. Standing strong with creativity is something the group is equally passionate about in creating music, and has clearly shown through as their debut full-length studio album Not The End Of The World via eOne Music, is due to hit stores April 29th.

Kicking the album off strong with “Break Free,” this song boldly introduces Cilver. Solid vocals and instrumentals, the song features angst and trepidation, being about escaping the chaos that is surrounding your life. Fueling the fire even further, “America” with a serious timbre and groovy guitar riffs, this song is about refusing to not be left behind, summing up a major portion of The American Dream. Next, “Headstone” comes on, highlighting Preotu’s raw vocals and bewildered vibrato. With the same tone as the first two tracks, this song showcases the intense energy and zeal that was intended for the audience to feel throughout.

“Razorblade,” is a wrathful and emotional song, featuring distortion, screaming, and an acute guitar solo that brings the mood of the song together at its climax. An immense amount of intensity was present, alluding to anger and a touch of pain. “Afterlife” plays next; a relatable song about living your life while you are actually alive, and to take back what is rightfully yours. Slowing down from previous tracks, “Frozen” starts out as a ballad, featuring piano, percussion, and bass. Raw emotion is present while combining with vehement, enforcing the lyrics even more as the song progresses and the tempo picks up.

Up next on Not The End Of The World is “It’s My Life,” a song that stays accurate to its title, is about staying true to yourself. With lyrics “You’re gonna rise, gonna fall, but I’m going for more,” and “I just wanna live my life,” they show the basis of this tracks entirety. “Bleed For You” then changes the tone from apathetic to woe, with the exasperation that is existing throughout the album. Carrying on with the lead single from the album, “In My Head,” is a track that stands out from all others. This song is about the pressure that the media puts on humans to be a type of perfect that does not exist. With a significant and relevant meaning, this is a track that most can relate to.

The tenth track of the album, “Behind These Eyes,” is an emotional piece about finding where you belong, in your own world. With an upbeat tempo and an inspirational, sincere importance, this is another song that is crucial to the group and all listeners. Ending the album with the same unease that it begun with, “Not Afraid” comes on with the message of always standing your ground. This track features heavy guitars, drums, and climaxing vocals.

One word to describe this album would be struggle. A characteristic that everyone goes through at some point in life. To be able to put those feelings into words and then create something noteworthy and catchy such as music, is truly a treat for all listeners. Whether it be a sense of belonging or just the enjoyment of listening, one will take a lesson away from each song. Cilver incorporates different stylistic aspects of music such as Pop, Hard Rock, or Metal, with a wide variety of topics. There is truly a song for every listener off the album. That is why CrypticRock gives Cilver’s Not The End Of The World 4 out of 5 stars. 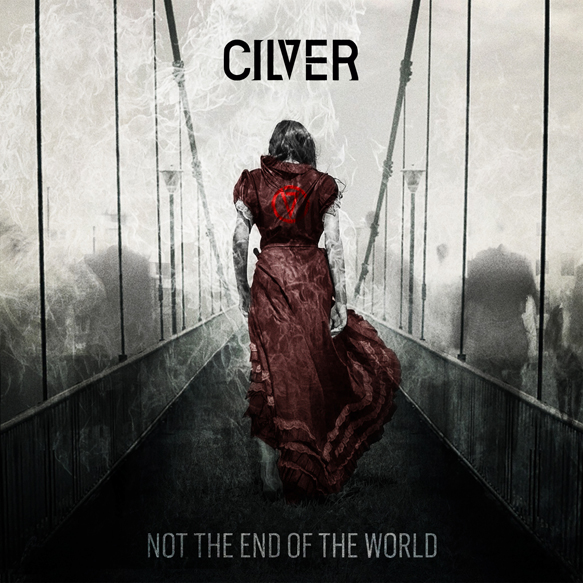