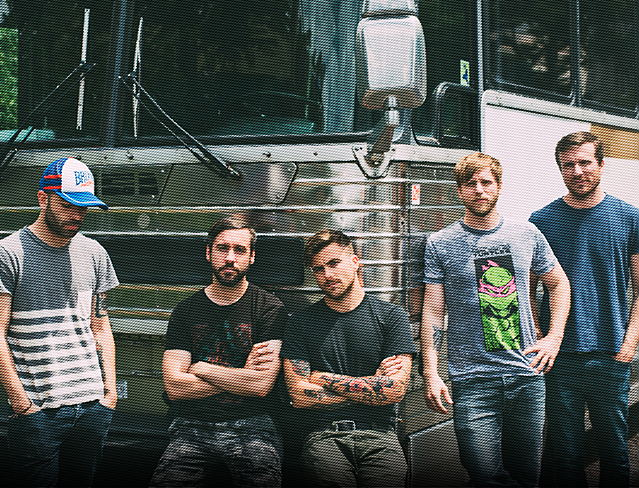 Experimental Rock group Circa Survive was born in a Philadelphia, PA suburb back in 2004. Begun as a new endeavor for former Saosin vocalist Anthony Green, the lineup was fleshed out by former This Day Forward guitarist Brendan Ekstrom  and drummer Colin Frangicetto, along with Taken’s bassist Nick Beard, and finally drummer Steve Clifford. Making an impact from the start with their 2005 debut album Juturna, each release to follow has seen more fanfare, and higher chart positions.

Without a label or distribution Circa Survive debuted at number 3 on the Top Modern Rock/Alternative Albums and number 15 on Billboard Top 200 in 2012 with Violent Waves. Proving they can more than handle themselves independently in 2014 they signed with Sumerian Records, and on November 24th released their fifth studio record Descensus. With all members having been quoted saying that this album is one of the best they have done, fans immediately indulged in hearing Circa Survive reach new musical heights.

Descensus starts with ear-piercer, the first single of the album, “Schema,” which sets the tone for the rest of the album. “Schema” is like the beginning nudge that prepares the listener to let the musical chaos begin, a sonic boom that starts off the album beautifully. Green is known for his piercing yet brightly-pitched voice, and this album truly allows him to demonstrate his impressive vocal range. The many dedicated Circa Survive fans praise Green for his tonal quality, which has been proven time and time again to have the capability to go into the farthest reaches of the vocal hemisphere.

Circa, on this album, felt more freedom to try out different styles, and in contrast to Juturna and On Letting Go (2007), where the band explored just one style of Rock throughout each record, Circa went everywhere on Descensus. The second track, “Child of the Desert,” has almost a circus type of feel with everything from the whimsical melody to the tempo of the song. Within a span of several minutes, that tempo drastically changes to pure silence, followed by a calmer rhythm that is still heavy and angsty. From the beginning of the track to the end, the listener can visualize motion that seems to transition from stillness to moshing. Following is “Always Begin,” which, with its wah-wah pedal effects and echoing guitar patterns, is reminiscent of aforementioned fan favorite album On Letting Go, except this track has a grown up touch; Circa Survive are more mature than ever.

“Who Will Lie with Me Now” is a fifty-four second track which provides a calm, subdued break from the chaos, and it seems as if it came from a random jam session. “Only the Sun” has a slightly relaxed vibe in contrast to the screams on the rest of the record, but the lack of vocal screams is compensated for by the shrilling guitar which is heard over a mellow drum pattern. The sixth track, “Nesting Dolls,” takes a stylistic turn in expression. There is a slow buildup into chaos; the song is mostly relaxed from the very start, eventually resolving in a crescendo of the melody, with Green’s voice fading into the background. “Nesting Dolls” is the second longest song and a high point on Descensus. It is easy to see after hearing this and “Who Will Lie with Me Now” that the members of Circa have truly become comfortable in their own skin. They can express their music stylistically however they see fit, and their dedicated fans will follow them all the way, no matter what they do. “Quiet Down,” is very bass heavy, giving Nick Beard time to shine, just as all of the members of the band have their own time to shine on several of the tracks. This song also includes a subtle buildup, with each instrument complementing the others, allowing each member to showcase his incredible individual talent.

In another change in style, the eighth track, “Phantom,” in line with the title itself, has a haunting atmosphere. With its heavy use of keyboards, it offers a strong contrast to the typical Circa Survive track. “Phantom” has a musical texture which is very unusual for a Psych-Rock band like Circa, but they make it their own by including guitars to give a little shrilling edge to the chilled out song. This is the perfect song for the listener to simply close her eyes and let her mind wander to another place. The second to last track, “Sovereign Circe,” continues the mellow path that Circa is taking, and which can now be included in their repertoire of styles. Lending an angelic quality to his tone, “Sovereign Circe” allows Anthony Green’s voice to shine and shrill beautifully, with a melody that heightens to a point where Green’s voice is at its best. As an introduction to the final track, also titled, “Descensus,” it starts with the feedback of the two guitar geniuses of this band, wrapping up the album with a perfect little bow. With a conclusive feel, this song highlights all of the members of the band as if it were a curtain call or an encore performance, allowing the members to show off who they are and what part they play just one last time. What makes the piece particularly interesting artistically is that it seems to be two songs in one, transitioning flawlessly from one track to another. With changing tempos and a range of heavy and soft melodies, this song, which is over eight minutes long, embodies what Circa Survive intend to do to their listeners; blow them away.

Circa Survive prove time and time again that they have mastered the craft of every Alternative mini-genre possible. Their creative potential is boundless, and on their fifth album to date, it is clear that they have come so far from where they started. Their fan base has been with them every step of the way, and their open minds know no bounds as well. This is another gold star for Circa to add to their vast collection of top-notch records, packing a strong emotional punch and speaking of various subjects from turmoil to self-discovery. Descensus is one for the books. CrypticRock gives this album 4.5 out of 5 stars. 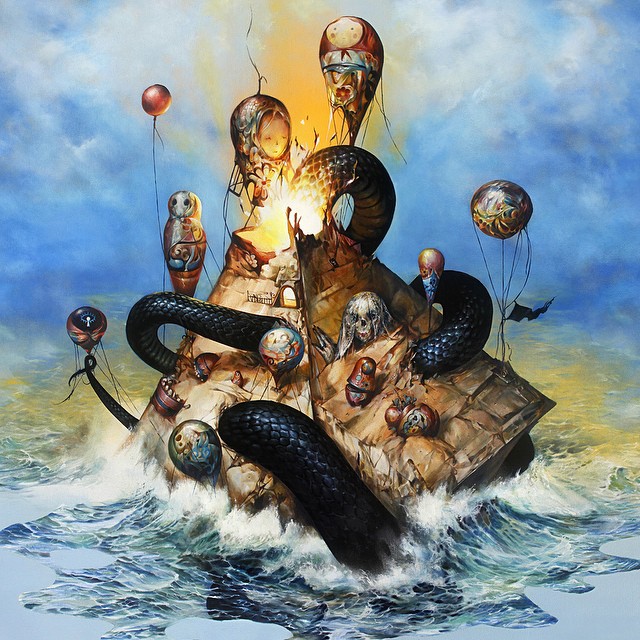