Over twenty years ago, America fell in love with the adorable little Jonathan Lipnicki when he starred alongside Tom Cruise in the 1996 hit film Jerry Maguire. If you thought that you would never see the day that Lipnicki would be a grown man starring in a Horror film – bathed in bloody gashes – then surprise, sucker! Circus Kane premieres on VOD on September 8th thanks to Uncork’d Entertainment and DeInstitutionalized. Check your coulrophobia at the door! 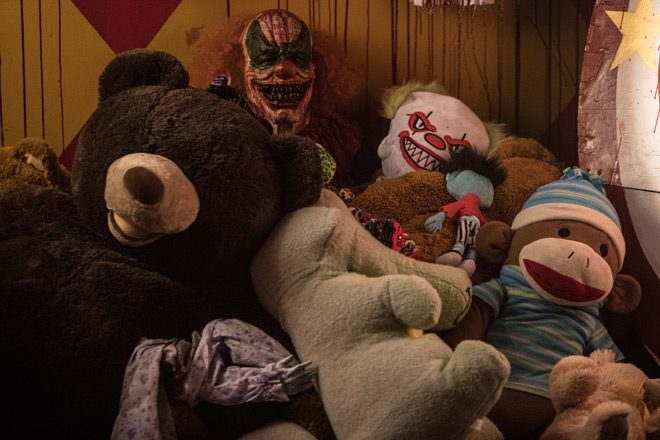 Circus Kane revolves around a group of seven social media stars who have each received a creepy golden ticket (via text message) to the resurrection of the campy spook-house extravaganza, Circus Kane. First there is Eddie (Ted Monte: The Silence of the Lambs 1991, The Young and the Restless series), a twisted pawn shop owner.

Brought together by the eccentric Balthazar Kane (Tim Abell: Soldier of Fortune, Inc. series, Sniper: Special Ops 2016) – with some lively torment from his killer clown sidekick (Bill Voorhees: 13/13/13 2013, Mega Shark vs. Mecha Shark 2015) – the group are given a set of simple rules: if you want out simply cry, “Balthazar Kane, you win again!” Otherwise, last the night in the mad maze of Circus Kane and you will take home $250,000. 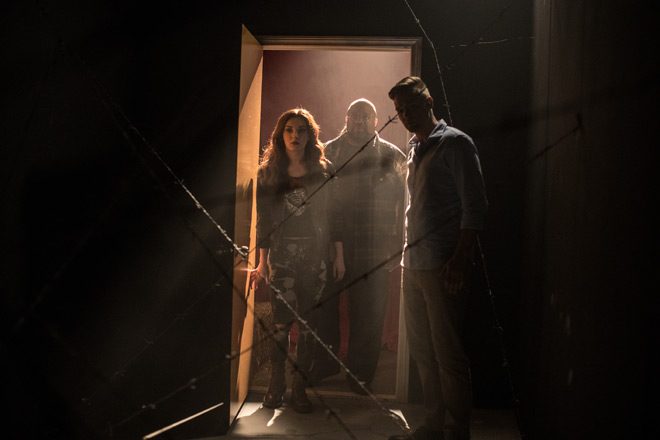 With the stakes murderously high, these seven distinct personalities will have to learn to work together to brave the house of Kane’s misdirectional horrors. Circus Kane brings together a lengthy roster of talent, ranging from the eclectic, ensemble cast to Director Christopher Douglas-Olen Ray (2-Headed Shark Attack 2012, A House Is Not A Home 2015) to the writing duo of James Cullen Bressack and Zack Ward (Restoration 2016, Bethany 2017). The film clocks in at approximately 88 minutes and is based off an original story by Sean Sellars. 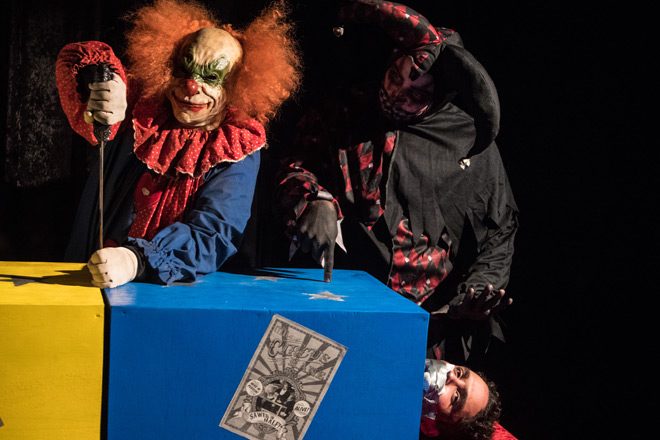 What should one expect from this circus of horrific proportions? Folly, mirth, and camp, but definitely not horror. While there are echoes of such modern Horror classics as 2004’s Saw and 1999’s House On Haunted Hill remake seated deep in the screenplay, Circus Kane ultimately reads like a Syfy Original movie; which is to say you should expect to laugh and not cry. The blood looks like Kool Aid, the screams are too rehearsed amongst the huge, gaping holes in the screenplay, and the house of “horrors” is anything but; and yet it is all peppered with some seriously witty Pop culture references (from Scooby Doo and Star Wars to Marky Mark and Cypress Hill).

The ride is watchable if a bit predictable, though there is a twist ending if that thrills you. Despite these flaws, do pay attention to the amazing, original freakshow-themed artwork that dons the walls of Circus Kane throughout the film, it is wonderfully fun and a beautiful nod to the past. For providing a good excuse to binge on popcorn, CrypticRock give Circus Kane 3 of 5 stars. 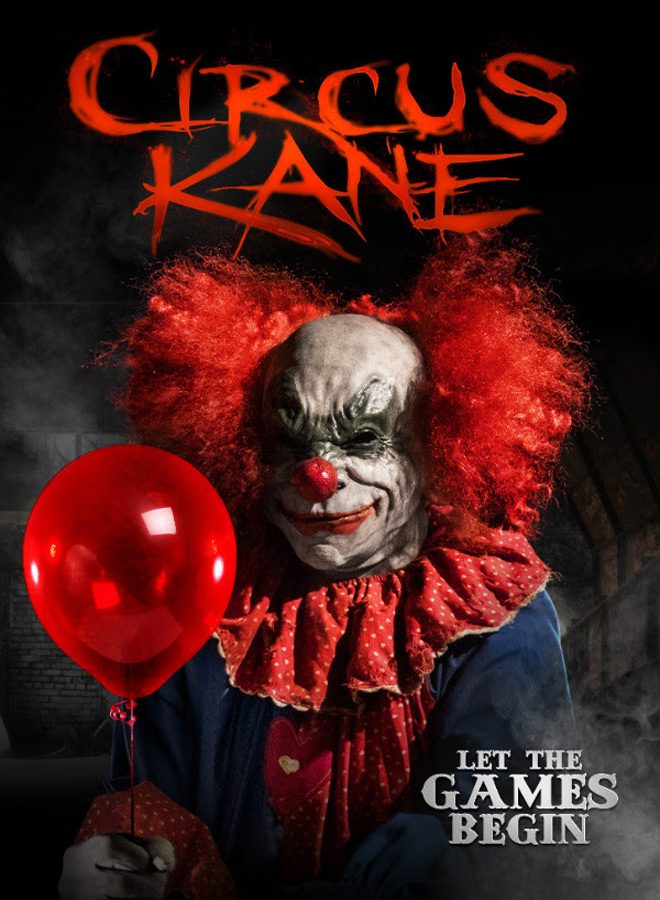