City and Colour – If I Should Go Before You (Album Review) 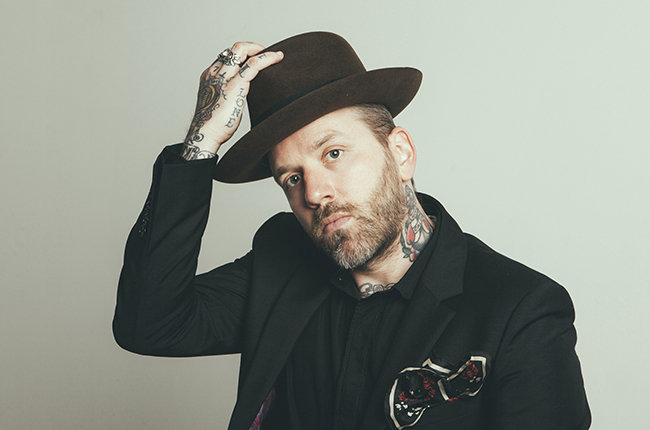 Dallas Green, also known as City and Colour, is an Americana folk solo project based out of Toronto, Canada. He has released his fifth record, If I Should Go Before You, on October 12, 2015. Green, previously of Pop Punk/ Screamo outfit Alexisonfire, has been pouring his acoustic heart and soul into City and Colour since late 2005. He first released Sometimes with an outpouring of support for those who were fans of Green’s main project at the time. Over the last decade, City and Colour has gained a large following because of how personal and relatable his songs are, and how they deep they can go. If I Should Go Before You has some changes in terms of his instrumentation and sound, but it does not detour far from why people love City and Colour.

The album opens up with “Woman,” the longest track on the record at over nine minutes long, with a long introduction of a simple guitar hook, synth effects behind it, and massive amounts of wawa pedal usage. The track is sultry and the combination of the smooth, mellow hook and Green’s smoky and sensual voice amplifies this song to a new level. “Northern Blues” follows some classic lyric laws of blues while Green stylizes it to make it soulful and all his own. A calmly tempoed track, synthesize plays a large part as well and, as is common in every City and Colour track, the harmonies are spot on, with Green as a perfect blender. The lyrics speak of wanting more and misfortune that as people, looking more towards the now and future instead of realizing where they come from, time goes to fast.

Moving along, “Missy C” is a calm head-swinging track, contemplates changing directions in life, or letting things simply run its path. Most people have been there at one point or another and Green must have felt the same way too; he is certainly a down-to-earth artist, which gives him a unsung hero star power. The title track, “If I Should Go Before You,” is a calm track reminiscent of 1950s Elvis Presley-esque, “Love Me Tender” style with a little more of a bluesy Americana twang. It speaks of the melancholy and the instrumentation follows suit; sounding as soft as a rockabilly lullaby. In true City and Colour style.

“Killing Time,” another medium tempoed track, takes Dallas Green’s soulful, smoky voice to the forefront, giving light to keyboards and a short and sweet guitar riff. It suddenly brings light to a beautiful jam in the middle of the track, so beautiful that it can be the point where the listener feels like they’re sitting inside the track with the band itself. The first single off the album, “Wasted Love,” is a upbeat heavier song, about the desires of a wasted love and time lost. He’s simply “crying out for more/ just a little more/ tied up on the floor, like a prisoner of war/ oh, I’ve been down so long/ the day is nearly gone/ I must carry on with this wasted love,” words of strong yearning. This was the perfect track to get City and Colour fans off to a good start in anticipation for the new record. “Runaway,” a hoppy recently released third single, is also very high spirited, about running away and the country twang takes part of it. This track shows Green’s range of vocal talent.

Following is the second single that was released, “Love Come Back,” a very soulful ballad, also Blues driven, with a sense of yearning. According to Dallas Green in an interview and group of sessions he did for Guitar Center, he wrote this song on vacation with his wife, Leah Miller, Canadian TV personality. According to him, he seems to spend a lot of time writing songs, even when he is supposed to be relaxed. “Map of the World,” is a more upbeat acoustic ballad that seems to be more rooted in City and Colour’s earlier works. The second to last final track, “Friends,” is also a slower acoustic tune, with a light message. The final track, “Blood,” is a fully acoustic track, the exact same way it all started with Dallas Green’s words “Because I know there’s beauty buried beneath/ The surface of what we seek/ All hopes left unfound/ They lie between the wish and the well.” This shows his lyrics always seem to be extremely philosophical and have a deeper meaning in them that listeners seem to understand. Green’s new direction has borne good fruit, yet some decisions seem to be slightly unfruitful, but since its Dallas Green, listeners all love him anyway.

Dine Alone Records signed Green with the endeavor of seeing another side of a singer from a Screamo band. Each time Green releases a new record, his sincerity, amazing lyric writing, beautiful orchestration and bare to the bone soulful voice shine through. City and Colour is a band that the listeners cannot get enough of and If I Should Go Before You satisfies with great appreciation. CrypticRock gives this album 4 out of 5 stars. 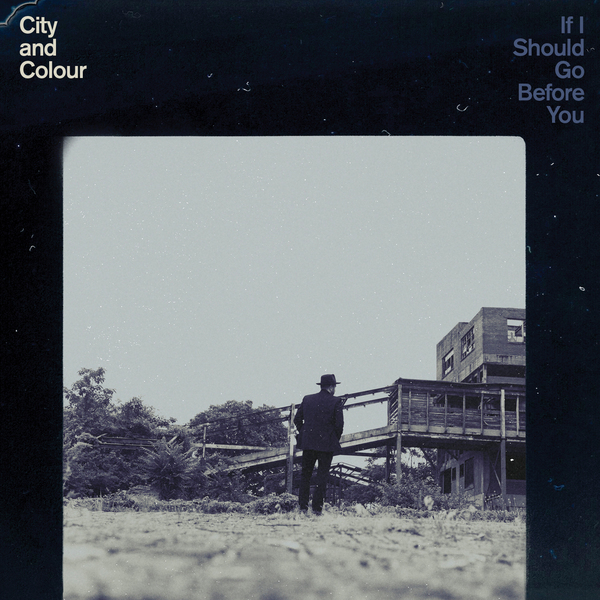 Album review, city and colour, If I Should Go Before You.
Print page
0 Likes