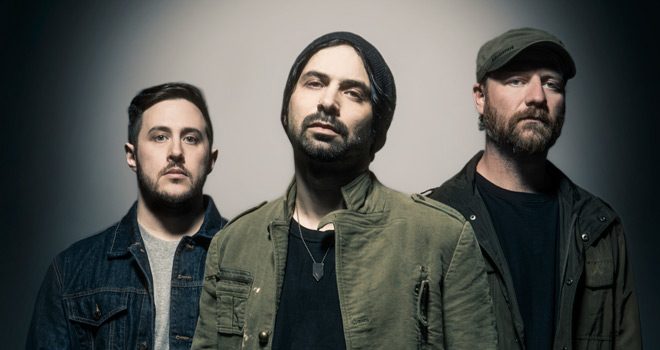 There must be something good happening with your music when the likes of Guns N’ Roses, Metallica, and the Deftones have all personally invited you to hit the road with their travelling circuses. So goes the continuing tale of the impressive CKY, who return to eardrums Friday, June 16, 2017, with The Phoenix, thanks to eOne Music.

CKY are not a unisex perfume, no: they are a band whose initials stand for Camp Kill Yourself, bringing to mind a classic Horror flick where teens have run absolutely amok with sharp objects (Let’s not even get into those genius, comedic asses of jack and the connection here, alright?). CKY formed in West Chester, Pennsylvania in 1998. They would go on to release their debut album, Volume 1, in 1999 and their familial connections certainly did not hurt record sales. 2002’s Infiltrate•Destroy•Rebuild would prove a monumental success for the band, entering the Billboard 200 at No. 99 and continuing to grow their brand of what some have termed Stoner Metal. Then, 2005’s An Answer Can Be Found and 2009’s Carver City – both of which charted within the Top 50 on the Billboard 200 – followed, as did a legion of dedicated fans known collectively as the CKY Alliance.

With eight years since their last full-length release, CKY – Vocalist/Guitarist Chad I Ginsburg, Bassist Matt Deis (formerly of All That Remains), and Drummer Jess Margera – now rise from the ashes to make their triumphant return with The Phoenix. Produced by Ginsburg himself, this is an eight-song collection of deviously infectious, incendiary Hard Rock that is certain to convert more campers.

The Phoenix launches with “Replaceable,” a raised middle finger to anyone who stands in the way of what you wish to achieve, letting that individual know exactly where they stand with a fat bass groove that borders on sleazy. It moves flawlessly into “Days of Self Destruction,” an immensely full sound that harkens back to the 1980s with synth and vocal effects that find Ginsburg echoing as if he is broadcasting from beyond the grave. Cementing their superb musicianship, Ginsburg’s guitar solo here is a stellar sonic seduction! “Unknown Enemy” is dangerously catchy, complete with some hand-clapping and a truly funktastic guitar breakdown.

“You know I’m willing and I like the abuse,” Ginsburg promises in “Head For a Breakdown,” all about the crash after the high and fraught with a seriously heavy bass groove. The exceptional talents of Deis and his compatriots continue on the stomping “The Other Ones,” immensely full “Wiping Off The Dead,” and the seductive slink of “Lies From You.” It all ends with the deliciously vibrating, sonic lust of “Better Than Get Even.” On The Phoenix, CKY are superb, especially Deis whose bass work will take up residence in your chest, migrating north with a fever pitch.

At just eight songs in duration, the greatest flaw in The Phoenix is its length. Otherwise, CKY have cemented their return with an immensely enjoyable collection that sees the trio borrowing all the very best portions of the 1980s, blending it together with 2017’s immense, multi-layered sonics, and spitting out cobra venom that tastes like ecstasy. Prepared to ride the lightning straight to Hell for a chance to camp with knives, CrypticRock give CKY’s The Phoenix 4.5 of 5 stars. 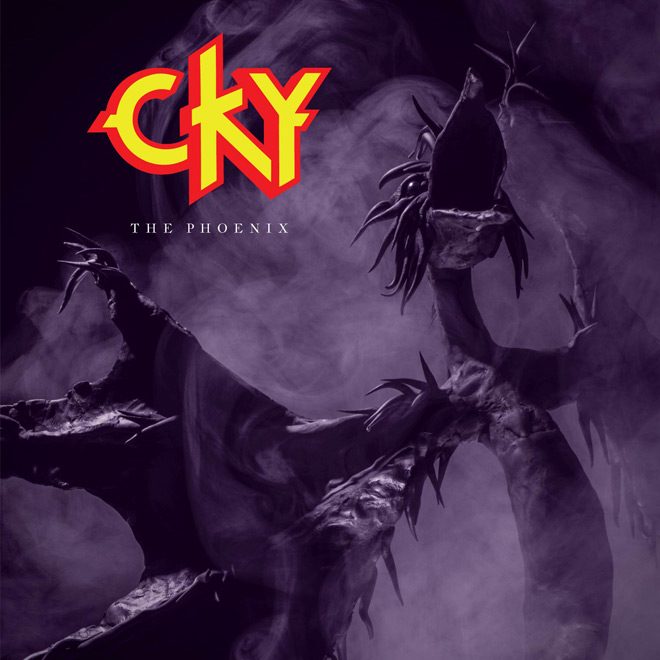 CKY will be performing on the Vans Warped Tour throughout summer 2017, as well as teaming up with The Entertainment Institute (TEI) to host daily workshops throughout the tour.  For further information, visit their Facebook