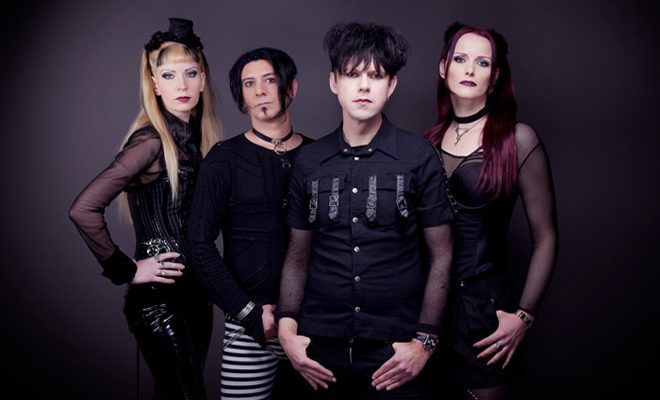 The seminal Dutch band, Clan of Xymox is one of the pioneers in the Gothic New Wave/Synthpop scene. Their music and visual image have remained practically consistent since it released its first singles in the mid-’80s, now classics such as “A Day,” “Stranger,” “Blind Hearts,” “Obsession,” and “Imagination.” The clear aural vision of Clan of Xymox has been standing the test of constant musical revolution for thirty-five years now, alongside fellow enduring purveyors of Gothic music like The Danse Society (“Heaven Is Waiting”), The Mission (“Severina”), and Gene Loves Jezebel (“Worth Waiting For”).

Formed in 1981, in Amsterdam, Netherlands, Clan of Xymox is also prolific, releasing sixteen studio albums to date, from the definitive ’80s triumvirate of the 1985 self-titled debut, 1986’s Medusa, and 1989’s Twist of Shadows; five equally alluring oeuvres in the ’90s; and four in each of the decades that followed, including the forthcoming Days of Black.

Released on April 7, 2017, the sixteenth work of Clan of Xymox confirms once again its special place in the genre that it chose to operate in – best described as a concoction of the exoticness and iciness of Gothic, the catchiness of New Wave, and the exactness of Electronic/Synthpop music. Days of Black looms dramatically with the ambient and a bit spoken omen of the title track – an apt album opener. The sparse soundscape bleeds slowly into the ensuing “Loneliness,” whose cyclical guitar ad-lib and where Vocalist Ron Moorings’ distinctive, cold voice reins over the married steady drumbeats and bass pulses; its cool sense of urgency emits faint echoes of New Order’s Get Ready. The persistent guitar lines are unstoppable, connecting the song’s sadness to the ensuing paranoia and mistrusting sentiments of the ensuing “Vixen in Disguise.” Then there is the slight Industrial Noise of “Leave Me Be,” combining Synthpop piano balladry and the eternal drudgery of machinery.

With the slow grind of “The Rain Will Wash Away,” Clan of Xymox then foray into what may be described as Synthpop’s share of funk and cinematic trip into one’s horror-themed dreams – hypnotic, trance-like, captivating. The cello-led “Set You Free” is a further dive into classic, cryptic Gothic territory – a homage to Clan of Xymox’s early mellow masterpieces. “I Couldn’t Save You” is a reminder of how influential the Dutch band has been, for the self-inflicting melodic pain and vocal emotions expressed in this track are heard often from many contemporary Gothic-styled Pop and Metal bands like Evanescence (“Bring Me to Life”), Paramore (“Decode”), 30 Seconds to Mars (“From Yesterday”), and Nightwish (“Élan”). Then there is the silent, joyful Depeche Mode sensibilities of the midtempo “What Goes Around.”

Following is “I Need to Be Alone” and “Loud and Clear,” which are certainly the album’s Gothic Rock stompers…engaging, provoking, and intimidating; exuding a low-register vocal styling and grating guitar strums that will remind the initiated of the likes of Southern Death Cult (“Fatman”), Specimen (“Returning from a Journey”), The Sisters of Mercy (“Lucretia, My Reflection”), and Children on Stun (“Sidelined”). The penultimate “Your Kiss” has that relaxing, psychedelic vibes that, interestingly, also reverberates hints of Folk Metal in the league of Cruachan (“Death of a Gael”), Subway to Sally (“Henkerbraut”), and Skyclad (“The Parliament of Fools”). Finally, “La La Land” aptly ends the album; with its dreamlike layers and textures of atmospheric sounds, it returns the listener to the beginning, from his seemingly floating, trance state into aural dimensions. You can come down and open your eyes now. The black days are over. Another spin is in your hands. You have just become again a member of the clan.

In the stylistically diverse soundscape of the world today, the classic sound of Gothic music is arguably underrepresented. Firmly rooted and strongly holding their ground, Moorings (vocals, guitar, keyboards) and the rest of the current Clan of Xymox – Mojca Zugna (bass), Mario Usai (guitar), and Sean Göbel (keyboards, synthesizer) – continue to serve as one of the genre’s primary forerunners, unfailingly delivering the goods that make the entire movement vibrant and vital like it was during its ’80s heyday.

With just a glaze of the guitar; a soak of the synth; and Moors’ distinctive icy, semi-deadpan, mostly monotonal voice; among other interesting details, the initiated should be able to realize that Gothic and Xymox are seamlessly interwoven like Egyptian cotton. That said, Days of Black is another gift of Clan of Xymox not only to their fans but also to enthusiasts of the genre itself, wrapped in that same priceless fabric that has always adorned the band’s music. For these reasons, CrypticRock gives Days of Black 4 out of 5 stars. 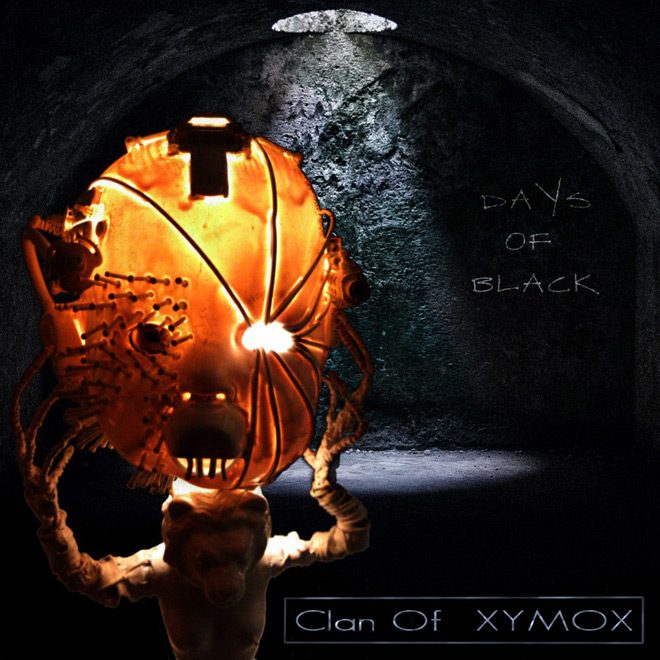