It should be said, the Horror community get it, clowns are both scary and funny. However, this does not mean if a director put them into their Horror film that it is going to be a good one. Sadly, this is the case with the latest film entitled Clown Kill, released on DVD via Wild Eye Releasing May 9, 2017. Originally titled Lock In, the British film was written and directed by Mark J. Howard (Roddy Smythe Investigates 2002, Pendle’s Paranormal Roadmap 2009) starring 2016 The Apprentice participant and actress Jessica Cunningham (Celebrity Big Brother series, The Apprentice series), who was six months pregnant at the time of filming. Even with talent on hand, why does Clown Kill miss the mark? 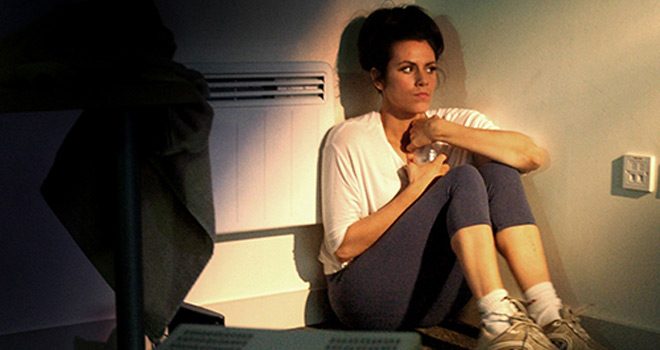 Most of the story focuses on a young woman – Jenny played by Cunningham. After being raped by a clown on a night out, Jenny returns to work after six months unspecified leave, late. Jenny works in a publicity firm, overseen by boss John (Roy Basnett: Pendle’s Paranormal Roadmap 2009), with co-workers Karen (Rachel Dargie: The 9th 2014), Sally (Holly Chadwick: debut film), and Katy (Katy Barsby: debut film).

As she has made a habit of being late too many times before, John puts Jenny on notice and given only fourteen hours to prepare a publicity kit for a client. Jenny has never missed a deadline and refuses for this time being the first. While she gets along with most of her co-workers, she has an awkward relationship with janitor Cyclops (Stephen Greenhalgh: acting debut). During the course of the day, Cyclops harasses Jenny and, after being yelled at by his supervisor (Simon Entwistle: debut film) he is fired. As Cyclops leaves the building, he sees Jenny having a cigarette. Pushed to the limit, Cyclops berates and assaults Jenny and a security guard. 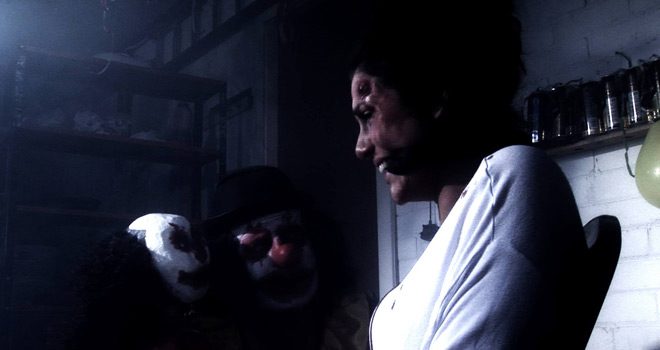 Frustrated and annoyed, but overall okay, Jenny cleans herself up and remains determined to complete the presentation on time by working throughout the night despite any distractions. The regular work day ends and Jenny is left alone in the building with two security guards. Jenny decides to take a break and works out for a while in the gym, and her night transforms from regular to beyond irregular. A killer clown – Charlie Boy, has entered the building intent on killing everyone in the building, but enjoying his time with Jenny. When Charlie Boy’s identity is revealed, it appears Jenny’s worst nightmare has returned and nothing short of death will save her.

No matter how many times one watches it, Clown Kill is nonsensical. All male characters are portrayed as psycho, or sexually inappropriate and chauvinistic. On the other side, women appear hysterical, easily angered, and unreasonable. In terms of scenes, three quarters of them are boring, slow, and irrelevant. Nothing more than fluff to fill in time until the scary, interesting stuff happens, which is about two scenes worth and even then it is not great. 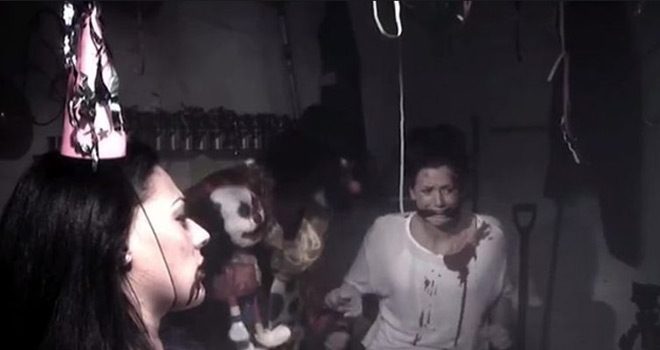 There is no true focus or plot point to cling to, nor any empathy built for the characters, which gives the viewer no reason to watch any longer than five minutes. While the initial rape scene may have elicited some care for Jenny, it quickly falls flat in context with the rest of the film. The lack of purpose makes for messy viewing, and while the special effects are okay, the acting is shaky and the cinematography is choppy.

Unfortunately the plot/story of Clown Kill is at least three drafts away from a final product, and is in need of a competent editor. That said, unless you really just love anything clowns, it is not worth putting the time into watching it, and is best relegated to the back of the cupboard. For these reasons, CrypticRock gives Clown Kill 1.5 out of 5 stars. 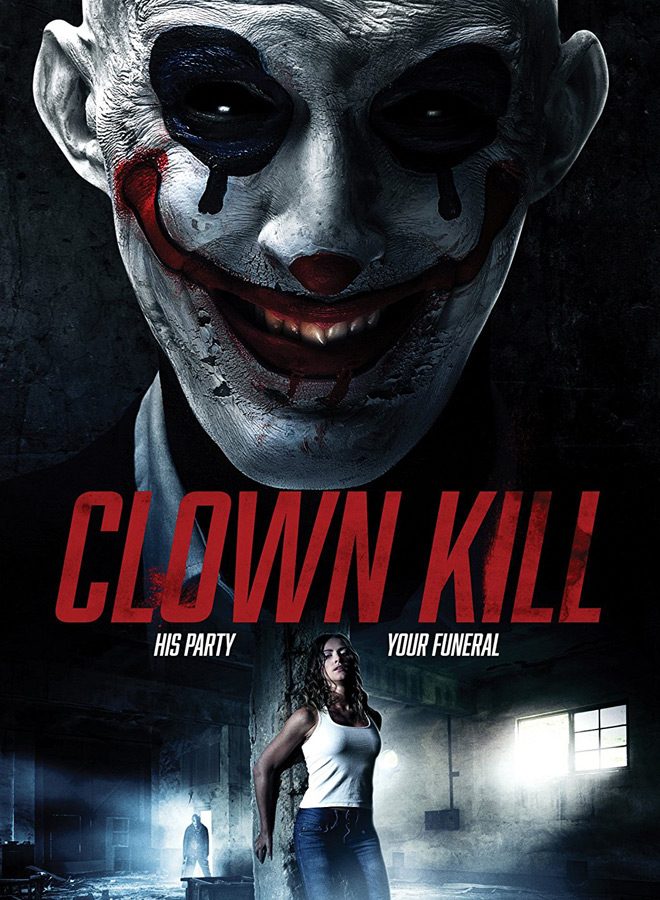