For anyone who thinks that “it has all been done before,” had better think again. Out from the dark depths of left-field comes Horror newbie Clowntergeist, bearing a title that will surely pique the interest real hard of any movie-goer feeling just a wee bit skeptical while reading it aloud. As much as it is funny-sounding, it is also very straight to the point.

“What is a Clowntergeist?” inquired one random moviegoer, to which another person replied that “it is a demonic, possessed, paranormal being dressed in a full-blown clown-suit that wants to eat the bodies of its victims.” This person also added that the Clowntergeist “only goes after those who are deathly afraid of clowns.” With a description like that, it is hard to not want to see the movie. 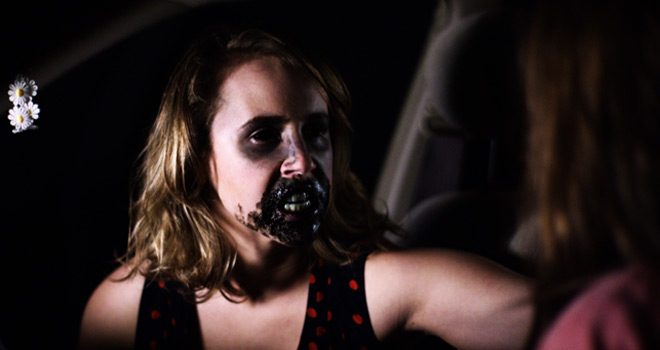 Promoted as 1982’s Poltergeist meets 1990’s It, High Octane Pictures released Clowntergeist on September 12, 2017 on VOD. Aaron Mirtes is to blame for this charming little Horror movie since he wrote, directed, and edited it. It is not perfect, and it has many of those “What the…?” moments, but with the amount of gold stacked inside both its big, red shoes, these “imperfections” are heavily outweighed. Mirtes simply made a movie with 100% heart, and giving 0% care for any bullarky any major studio may have had to offer. He did a really nice job bringing his imagination to life with this little gem.

Fearing the clown, and for her life, is Emma (Brittany Belland: The Sleeper 2012, Me & Zooey D. series), who, along with her best friend/college roommate Heather (Monica Baker: Grandpa Isn’t Fine 2010 short, Room for Improvement series), stop at nothing to elude this murderous supernatural clown, while also finding ways to destroy it once and for all. 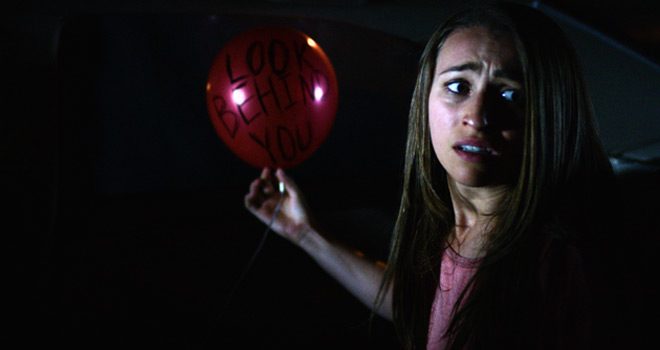 That said, Belland is quite wonderful and so very believable in her role as Emma, delivering many scenes full of well-acted emotions to the big screen. Taking the cake in this film, though, is Monica Baker. She is a fine actor that most people will witness right off the bat during her introduction in Clowntergeist. She has this on-screen laugh, or giggle, at certain times, that not only sounds humanly real, but is also very infectious. Most of her lines and actions, and even her emotions, are fluid and spotless. One could only hope an award for Best Actress is in the works for her.

Clowntergeist may seem like it was made on the cheap, but within its colorful suit is a beautifully filmed movie. Every scene is crystal-clear, lit well, and clean-looking, thanks to Cinematographer Chaz Olivier, the camera operators, and to the beautiful production design.

What Horror movie about a red-nosed killer clown would be complete without an awesome original score? Composer Kristopher Bendrick knows a thing or two on how to build up suspense, chill the spine, and scare someone half to death with his compositions in Clowntergeist. He highlights almost every scene with his music that sounds amazing in a pair of headphones (highly recommended). Now, could the violins heard in Bendrick’s music actually be that of two wet balloons being quickly rubbed together? A fine and unique touch, if it is true. 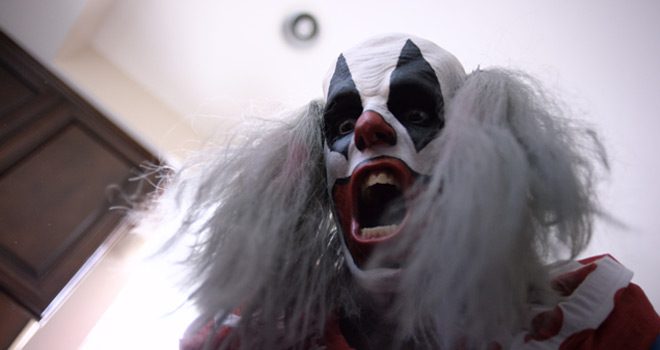 Although Clowntergeist is a quick 80-minutes, there are enough jump-scares and just the right amount of gore filling every second of the film to satisfy any Horror movie buff. What Mirtes did with the beginning and ending credits is absolutely stunning, and downright cute. The clown’s use of balloons within the actual movie is both genius and inventive, and a sight that needs to be seen. It is almost as if fun were being poked at 2002’s remake The Ring.

Mirtes, his cast and crew, and High Octane Pictures were not clowning around when making this movie together. Clowntergeist is every bit as fun as the title may suggest, but, deep down behind its make-up, colorful suit, and big, red shoes is the heart and soul of each of its filmmakers. Because of a clown-terrific good time, CrypticRock scores this movie 4 out of 5 stars. 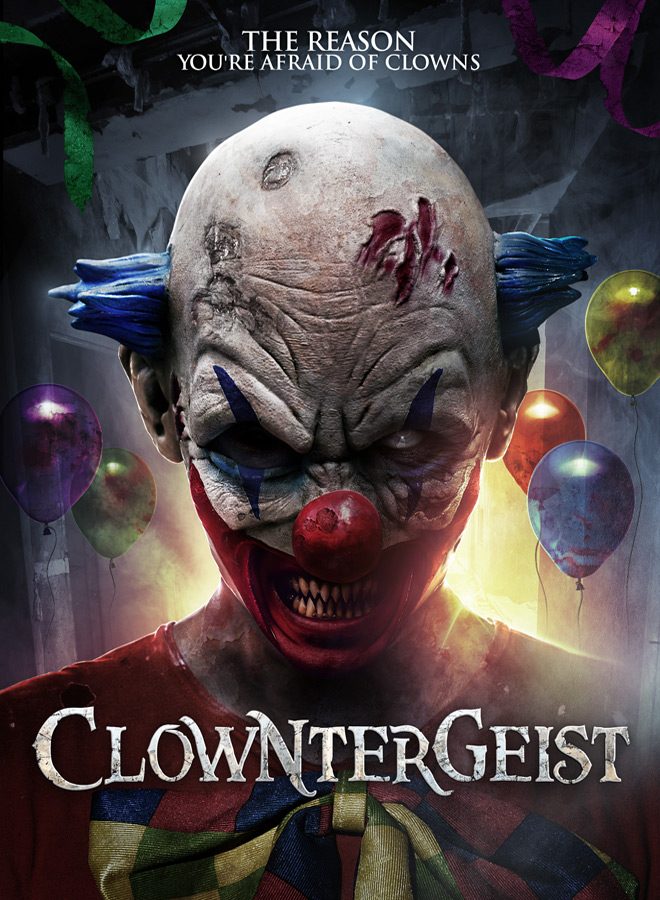