When it comes to Clowns, there are two distinct classes of people. The first group are Coulrophobics, or those who are terrified of clowns. The second, are those who love Clowns in all forms, even the scary ones. Latest Horror movie entitled ClownTown is sure to divide fans. Set for release in select theaters on September 30th and on VOD as of October 4th, the events of the story take place in modern times, and filmed in Ohio. Fresh talent, Tom Nagel, directed the film and also stars in it, written by Jeff Miller (Axe Giant: The Wrath of Paul Bunyan 2013, The Burning Dead 2015). 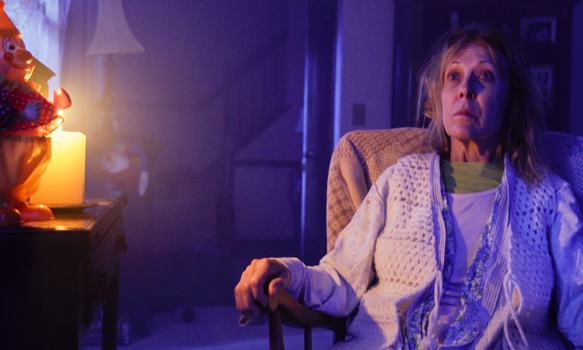 Prior to the title sequence, Jamie (Kaitlyn Sapp: Love Find you in Sugarcreek 2014, Love Finds You in Charm 2015), babysits Megan (Ava Joy Anselmo: debut film) and Ricky (Nathan D. Goins: debut film). During the course of the evening, Ricky transforms into a killer Clown, and kills Jamie.

Brad tells Mike he plans to propose to Sarah this weekend, and while he is not at that stage, Mike wishes him well. They get back on the road and Jill realizes she has left her phone at the diner. Sarah calls her phone, and a man answers, demanding they meet him in the next town. Simultaneously, random innocent people are killed by an unseen assailant/s. Two other friends, Billy (Tom Nagal: Dracula’s Curse 2006, Man of Steel 2013) and Jake (Thomas A. Nagal: debut film), travel along the same highway. 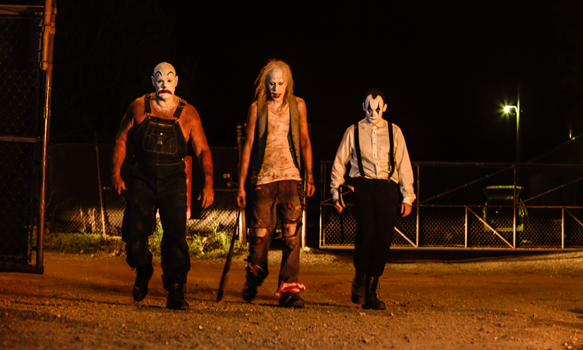 Sarah, Brad, Mike, and Jill arrive at the town first, and wait for hours for the man. Fed up and frustrated, the group gets into the car to leave, but the car does not start. This is only the beginning of their problems. Sarah, Brad, Mike, and Jill are soon stalked by a range of creepy psycho Clowns, from Baseball Clown (David Greathouse: The Rage 2007, Late Phases 2014), Machete Clown (Chris Hahn: Axe Giant: The Wrath of Paul Bunyan 2013, Criminal Activities 2015), and Crowbar Clown (Ryan Pilz: debut film), who take pleasure in killing other strangers in front of them.

They seek refuge in an abandoned building and meet local, Frank (Greg Violand: Batman v Superman: Dawn of Justice 2016, Finding St. Isabel 2016), who explains the history of the town and how it became overrun by killer Clowns. Upon their arrival, Billy and Jake are also subjected to the same tortuous treatment by the Clowns, and eventually run into the other four. When Jill is captured, and held hostage by Girl Clown (Beki Ingram: Axe Giant: The Wrath of Paul Bunyan 2013), they discover the Sheriff is associated with the psycho’s. This drives Mike, Sarah, and Brad to find her, and survive themselves. Rather than the fun weekend they had planned, all six, and then some, are thrown into a nightmare with no end. 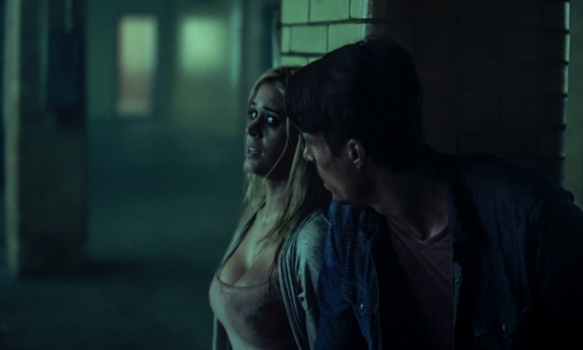 While ClownTown offers nothing new to the Horror genre and some of the acting is shaky at times, it is still very much a decent watch. However, the pre-title sequence is not explained, and the addition of the Clown’s loopy mother, Murtle (Maryanne Nagel: Deadtime Stories 2009, My Blind Brother 2016), does not really add anything. The cinematography by Ken Stachnik (Please Kill Me Again 2012, Rent-A-Gat TV series) is solid, and the special effects are sound as well. With that said, those looking for a fun Horror movie just in time for the Halloween season should sit back and enjoy the ride of ClownTown. CrypticRock gives ClownTown 3.5 out of 5 stars. 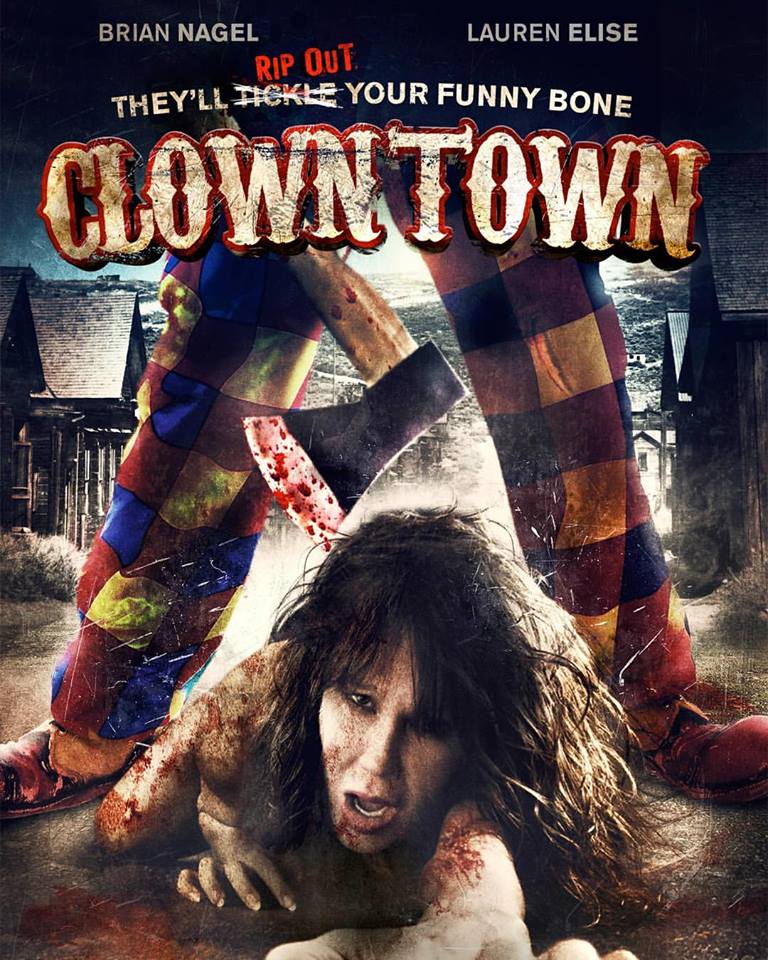