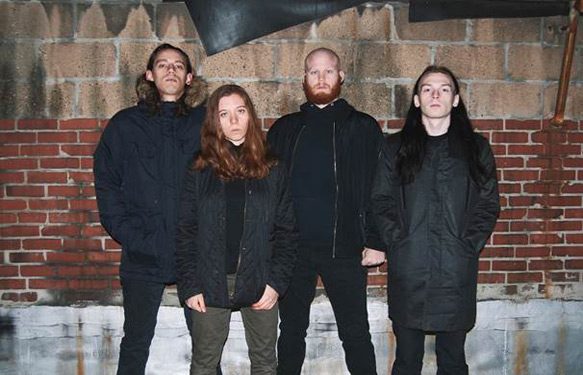 Emerging from the steel city of Pittsburgh, PA, Code Orange’s aesthetic has never shied away from being grisly. Between chilling music videos and grim artwork, accounts of in-studio fist fights, and flat-out refusals to tour with the likes of “bargain-bin Deathcore bands,” this band does not mess around.

Once high school Punks, known back in the late 00’s as the Code Orange Kids, barred from playing the club scene due to their age, Code Orange have spent the last decade touring with everyone from Full of Hell and Touché Amoré to Deftones and the Misfits. While their first two albums were released under Converge frontman Jacob Bannon’s Deathwish Inc. label, the band recently transitioned from Deathwish to Roadrunner Records. Merging elements of Altcore Punk and Metalcore, they now return with their major label debut, Forever. Coming fully into their own, Forever dropped on Friday, January 13th, and has been met with universal acclaim.

At its core, Forever is equal parts sinister and vulnerable. About the very walls that harbor such visceral emotion, while Eric Balderose (guitar, vocals, synthesizer), Reba Meyers (guitar, vocals), Jami Morgan (drums, vocals), along with Joe Goldman (bass), keep basic elements of Punk and brain-battering Hardcore, blissful moments of melodic guitar leads meshed with serene vocals keep the sonality interesting. Truly, Code Orange have taken the basic formula of Metalcore and blended it with gargantuan power, devastating instrumentals, and an eerie atmosphere to contribute something very unique to the scene.

Introducing the LP is the titular track “Forever,” an unmerciful and energizing initiation that gets the blood boiling with every stomping beat. With themes of defiance and attitude, coupled with animalistic and guttural vocals, “Forever” is certainly a must-have on every Metalcore fan’s playlist. Furthermore, “Kill the Creator” and “Real” adjust to a sound more mechanical in nature, with the former capitalizing on minimalistic guitar looping and atmospheric infinity while the latter is supported by delicious electronic/industrially-tinged percussion. While this track does harness a quite bone-crushing opening, the dynamic seems to settle towards the end. Although this is a rare instance on the album, it would have been great to hear the band continue their hefty experiments on this track.

Another rare moment comes during “Bleeding In The Blur,” an Alternative-infused track featuring equally clean and catchy vocals from Bassist and Adventures Vocalist Reba Meyers. This tune takes everything we thought Code Orange was and spins it 180 degrees. Lyrically potent and sonically sound, “Bleeding In The Blur” is easily the most accessible track on the album, but does not compromise Code Orange’s uncompromising temper.

Complements to the Pittsburgh four-piece’s in-your-face, enraged spouts occur on deep cuts “Hurt Goes On” and “dream2.” Both songs utilize minimalistic introductions and a structurally sound balance of different sounds that further construct their unusual ambiance. Then, “Hurt Goes On” brings a more Darkwave side of the band to the table, including icy-smooth synths and a meaty guitar finish.

The aforementioned “dream2” is somewhat of a different animal, perhaps the most experimental and seemingly “out-of-place” composition on the album. After all, “Hurt Goes On” seemed like the perfect closer; enchanting, bittersweet, and cathartic. The LP’s actual closer, “dream2,” consists of a three-minute experimental that seems to repeat the emotions evoked in the aforementioned track. Yet, despite the genre-bending leaps the band takes throughout Forever, there is always a note of apocalyptically dark heaviness on the album.

If anyone is to lead an experimental wave through the backbone of the Metalcore community, Code Orange is it. While anger and aggression are structurally visible at the forefront, there lies something astronomically greater underneath. By combining sluggish, heavy chords with airtight, seamless riffs and a unique experimental soundscape, the potential of Forever is virtually limitless.

Establishing their own parameters in the genre, while adding intriguing and experimental details that one would not find in an average Metalcore record, this is not merely mindless heavy music. Bringing compelling, experimental, and completely justified power back to the Metalcore scene, CrypticRock gives Forever 4 out of 5 stars. 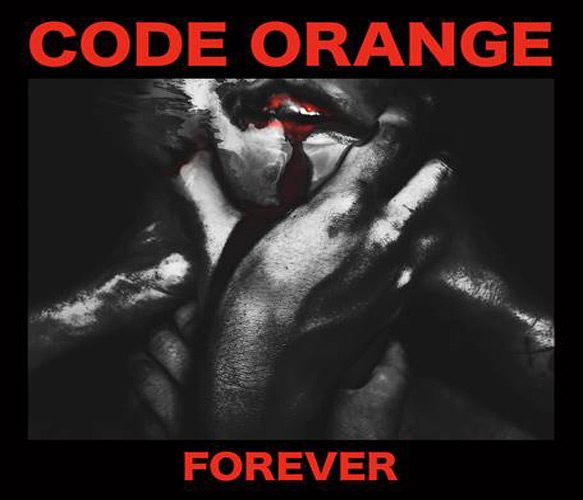