The new Horror film by Director Griff Furst (30 Days to Die 2009, Ghost Shark 2013), Cold Moon, is an adaptation of the late Author Michael McDowell’s 1980 novel Cold Moon Over Babylon. Set for release through Uncork’d Entertainment with a limited theatrical engagement, and available through VOD on October 6th, Cold Moon claims to have ties to some of McDowell’s famous work such as 1988’s Beetlejuice and 1993’s The Nightmare Before Christmas. So does it live up to such classics?

Taking place in the sleepy town of Babylon, Florida in the late 1980s, Cold Moon begins on the Larkin family blueberry farm where young Jerry (Chester Rushing: Stranger Things series, Jeepers Creepers III 2017), his sister Margaret (Sarah Catherine Bellamy in her debut), and their grandmother (Candy Clark: Zodiac 2007, Twin Peaks series) find themselves struggling to keep themselves afloat. Margaret soon finds herself drowned in a river by a masked, trenchcoated mystery man – it is not long before she inexplicably rises from the depths of the river in the form of a very wet ghoul to seek revenge on her killer.

No concrete explanation is given as to how or why Margaret is able to reanimate and leave ghastly puddles around those she chooses to haunt. Well, there sort of is, but the reason is half-assed and glossed over in the same way all potentially interesting plot points are. Also inexplicable is the inclusion of famed Actor Christopher Lloyd (Back to the Future series, Who Framed Roger Rabbit 1988) as the head of Babylon’s wealthiest family, the Redfields. He only appears in a few scenes, so it seems like a strange choice to feature such a well-known actor and not take advantage of his name or ability. Much of the film’s focus is placed on Nathan (Josh Stewart: Transcendence 2014, Shooter series), the eldest and most dead-eyed of the Redfields, as he takes advantage of Babylon’s young women.

Nathan is perhaps the most despicable of the film’s cast, but, overall, Cold Moon gives its audience no characters to root for. There is no reason to care whether any of Babylon’s inhabitants live or find themselves in a watery grave, and that makes any attempted jump scares fall flat. That is in part due to some unfortunate writing and acting, but also to the film’s sound design. Certain lines of dialogue are unintelligible, while other times the voices hardly seem to match the mouth’s of the actors.

In addition, sound design is such an integral part of Horror films as they rely on music and sudden noises to keep audiences watching from behind their hands, but, for Cold Moon, it seemed as though sound was more of an afterthought. In addition, the lack of any likable characters makes you want to root for the ghost, though maybe that is the point.

Though Cold Moon releases just in time for Halloween season, Horror fans may want to skip it if they are in the market for some genuine scares. That in mind, perhaps it will find its audience still. There are plenty of other ghouls in the river, and for these reasons, CrypticRock gives Cold Moon 2 out of 5 stars. 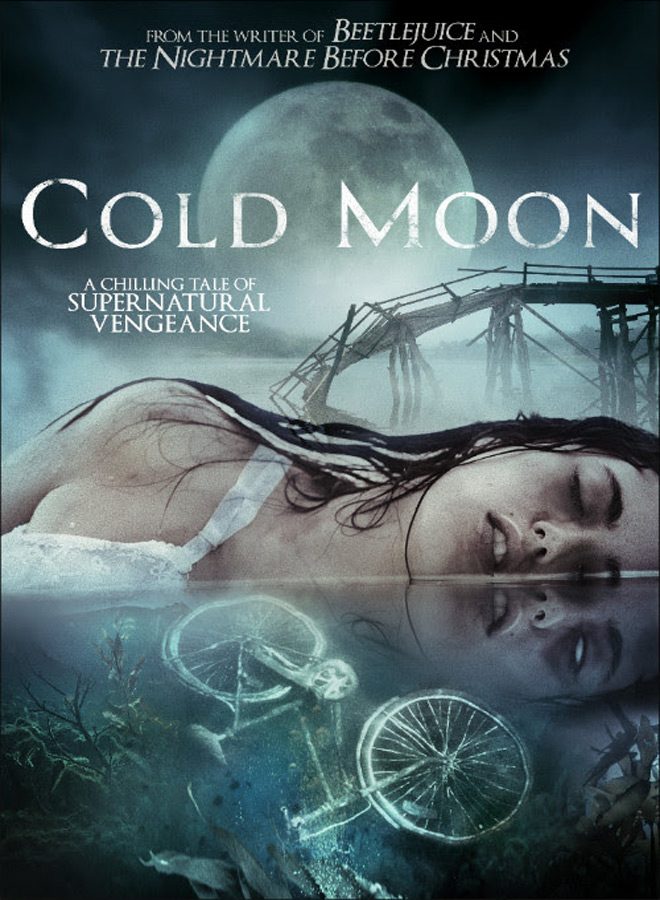