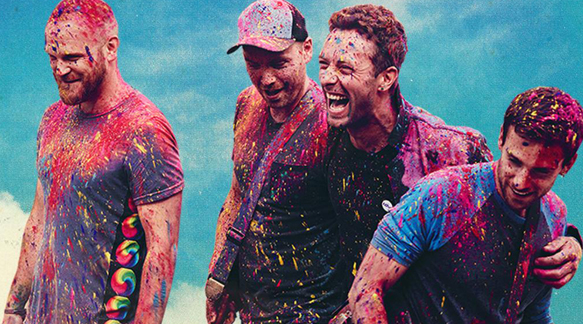 Formed in 1998, in London, England, by Chris Martin (vocals, piano), Jonny Buckland (guitars), Guy Berryman (bass), and Will Champion (drums, backing vocals), Coldplay has become one of the most prolific and high-profile bands in the Alternative Rock scene beginning in the mid-2000s, alongside fellow New Wave–influenced bands such as Travis (“Why Does It Always Rain on Me?”), The Killers (“Mr. Brightside”), and Keane (“This Is the Last Time”).

Lyrically, Coldplay’s songs may be described as introspectively romantic, aptly expressed by Martin’s voice that resonates like a combination of the soaring quality of a-ha’s Morten Harket’s voice (“Living a Boy’s Adventure Tale”), the naked fragility of that of Depeche Mode’s Martin Gore (“Question of Lust”), and the immaculate smoothness of Peter Coyle’s, of The Lotus Eaters (“The First Picture of You”). Music-wise, they hark back to the humble days and high ideals of New Wave pioneers like U2 (“Where the Streets Have No Name”), Echo & the Bunnymen (“Seven Seas”), and a-ha (“Hunting High and Low”). But taken solely by itself, Coldplay’s music has become as distinct and important as the respective legacy of each of these bands that came before it.

In its fruitful and ubiquitous career, Coldplay has released seven full-length studio albums, from 2000’s Parachutes to A Head Full of Dreams, just released on December 5, 2015. Compared with the band’s ballads from its first trilogy of albums, like the reverb-drenched “Yellow,” the guitar-oriented “In My Place,” the piano-led “The Scientist,” and the organ-soaked “Fix You,” and even with the subtle stompers such as “Don’t Panic,” “Clocks,” and “Speed of Sound,” the new album may sound like a distant flight. However, to the initiated, especially to those who have followed the development of Coldplay’s music from album to album, the form of the songs in this latest offering is but a result of an almost two decades of gradual metamorphosis of lepidopterous beauty. After all, the balance of lushness and sparseness that Martin and his mates have been trying to accomplish in their music began as early as day one, and which they got to achieve finally, in majestic proportions, with 2008’s Viva la Vida or Death and All His Friends (“Viva la Vida”). This ambitiousness naturally and flawlessly trickled and cascaded onto the subsequent albums: 2011’s Mylo Xyloto (“Hurts like Heaven”), 2014’s Ghost Stories (“A Sky Full of Stars”), and the band’s new masterpiece.

Released on December 4, 2015, A Head Full of Dreams is the seventh gem in the Coldplay discography. Following on the heels of its predecessor after only a year and a half, it begins immediately with the Disco-infused, bass-dominated title track, which may remind a New Wave aficionado of Erasure (“Chains of Love”) when Andy Bell is in his most flamboyant and Vince Clark in his dancey mood. More so, its guitar riff has that hint of The Killer’s “All These Things that I’ve Done.” Following next is the shimmery, snappy, and upbeat “Birds,” driving and soaring all over the place like The Cure (“Close to Me”) when Robert Smith is being manic. One can also throw in The Wake’s “Talk about the Past” for good measure. The chirping birds then perch onto the Dance Pop–sounding “Hymn for the Weekend,” featuring the Pop singer Beyoncé on backing vocals. Many might think that this incorporation of elements of Dance into Coldplay’s music is something new, but the keen-eared will not forget that Coldplay has adopted this type of danceability as early as 2005’s X&Y, the band’s third album. One should listen again to “White Shadows.”

The mood then turns gloomy as the piano-lifted ballad “Everglow” plays on, finding Martin in a sentimental disposition; ironically, his recently divorced wife, Gwyneth Paltrow, provided backing vocals for this song. It will fit well on a playlist of heart-rending slow love songs that includes Utada Hikaru’s “First Love,” Faye Wong’s “Eyes on Me,” Ne-Yo’s “So Sick,” OneRepublic’s “Apologize,” and Snow Patrol’s “Chasing Cars.”

The ornately structured “Adventure of a Lifetime” shines bright and sounds splendid; it has the allure to take the listener back to ’70s Disco era. Then there is the pulsating beat of “Fun,” which seems like a homage to two of the pioneering purveyors of Synthpop—O.M.D. (“Genetic Engineering”) and Pet Shop Boys (“Did you see me coming?”). Next is “Kaleidoscope,” the short, partly Classical piano piece, partly sampled snippet of U.S. President Barack Obama’s singing of “Amazing Grace” at the funeral of one of the victims of the shooting in Charleston, North Carolina, that occurred in June 2015. The simple yet catchy and powerful unity song “Army of One” is connected to an Annie Lennox-sprinkled hidden track called “X Marks the Spot.” Is there really no more “I love you’s” between Martin and Paltrow?

“Amazing Day” is a nostalgic somber ballad, featuring Martin’s uncommonly used low-register, velvety voice and ending with the epilogue “Colour Spectrum,” which is a short reprise of the song’s intro. Finally, the choppy rhythm and celebratory sound of “Up & Up,” with guitar contributions by Oasis’s Noel Gallagher, wraps up A Head Full of Dreams in a triumphant call of choral voices swelling and circular guitar melodies.

In his interview on Zane Low’s show on BBC Radio 1 in December 2014, Martin said that A Head Full of Dreams would be a completion of something: “It’s our seventh thing, and the way we look at it, it’s like the last Harry Potter book or something like that.” Now that the album has been finally unleashed, many fans are most likely hoping that what Martin said was just the typical claim of false finality by many artists either as a feigned statement to generate sympathy and interest for their latest work or as a sincere expression of their own fear for their own perceived decline or irrelevancy.

Regardless whether this is true or not, what fans need to do is to get their own copies of the album and enjoy what Martin and the rest of Coldplay have concocted once again—a musicbox of happy and sad songs that are meant to make the listener either rush exuberantly to the dancefloor or weep miserably in a corner. CrypticRock gives A Head Full of Dreams 4 out of 5 stars. 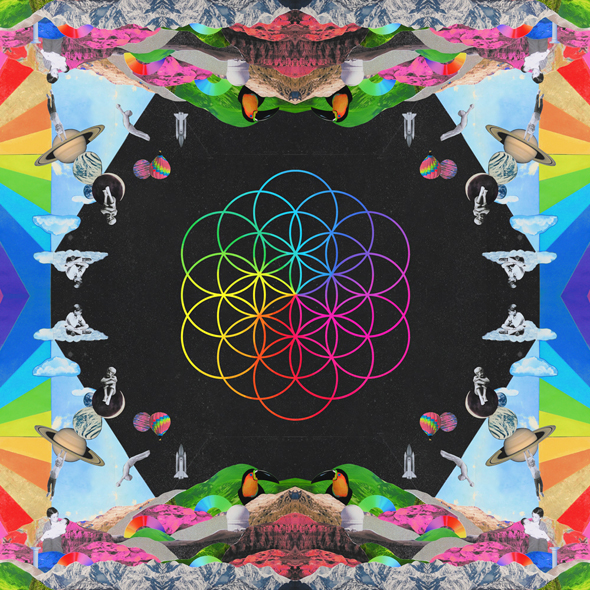