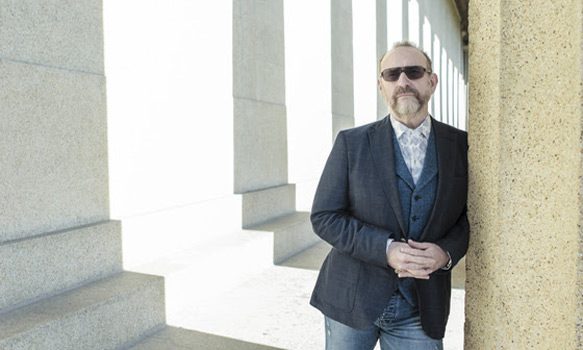 The last album of the most prolific “man at work,” 2015’s Next Year People, was bits and pieces of Colin Hay’s excursions to a broad spectrum of sounds. On the other hand, it was also reminiscent of the cheerful vibe of the music of his previous band – a bright, sunny, tropical brew of New Wave, Pop, and Reggae. That was the reason many initiated listeners and critics described the album as a return to form. And now, only two years away from it, the Scottish-born Australian singer has unleashed again another set of songs; but this time, the progression is towards a generally more serious introspection.

Slated for release on March 3, 2017 via Compass Records, Fierce Mercy is the title of Hay’s thirteenth solo album. To those whose ears are still fresh from its predecessor, listening to this forthcoming one will be a different experience.

While the first track, “Come Tumblin’ Down,” will immediately lift one’s spirits with its fast tempo, owing to this American Folk/Country Pop tune’s opening piano melody, guitar slides, and subsequent banjo ripples; the following piano-led, ’60s-inspired mid-tempo ballad “Secret Love” will be the start of the album’s overall melancholic mood. The melodrama becomes even more pensive with “A Thousand Million Reasons,” which has the making of becoming a favorite of a million starry-eyed lovers.

Another heart-rending song, “The Best in Me” finds Hay in a reflective predisposition, surely to infect the listener with its lyrical sentiments. Then there is the jazzy, ambient, and scenic imagery of “Frozen Fields of Snow,” whose folky guitar plucks and cascading piano lines may inspire the initiated to play it alongside Bruce Hornsby & the Range’s “The Way It Is,” Tommy Conwell & the Young Rumblers’ “I’m Seventeen,” and 16 Tambourines’ “Bathed in the Afterglow.”

“The Last to Know” and “I’m Going to Get You Stoned” are a further trek down quiet Country roads, the kind which even the likes of Kenny Rogers (“The Gambler”) and Willie Nelson (“Always on My Mind”) had wandered to in their younger years. Written by Hay in collaboration with his wife, Cecilia Noël; the Rapper Joe Manuel “Deploi” Lopez; and Jonathan Eric “Swift” Piazza – “I’m Walking Here” is an altogether different beast, starting with subtle Reggae strums, progressing into a hint of Modern Blues, and then surprising the listener with a Rap interlude. It will fit well on a playlist that includes Lou Reed’s “Walk on the Wild Side,” Marc Cohn’s “Walking in Memphis,” Francis Magalona’s “Kaleidoscope World,” and The Waterboys’ “Nearest Thing to Hip.” The second-to-the-last song, “Two Friends,” is a taste of brotherly love, Gospel style; and then finally, Fierce Mercy ends in the slow and somber, saxophone-textured “She Was the Love of Mine.”

Of all the members of Men at Work, the band that he formed in Sydney, Australia, in 1978, Colin Hay was the one who persisted and pursued recording new music amidst the ever-changing musical landscape. He certainly did not rest on the laurels of his previous band. Already the thirteenth album in the artist’s impressive thirty-year-spanning recording career, Fierce Mercy is another well-conceived addition to this truly hardworking man’s body of works. With it, Hay has reinforced again his deserved place in the pantheon of prolific and passionate songwriters who originated from the neon-bright and pastel-soft aural world of the 1980s. CrypticRock gives Fierce Mercy 4 out of 5 stars. 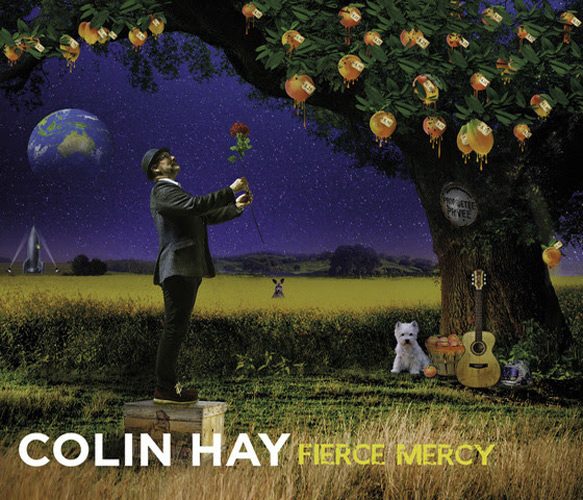