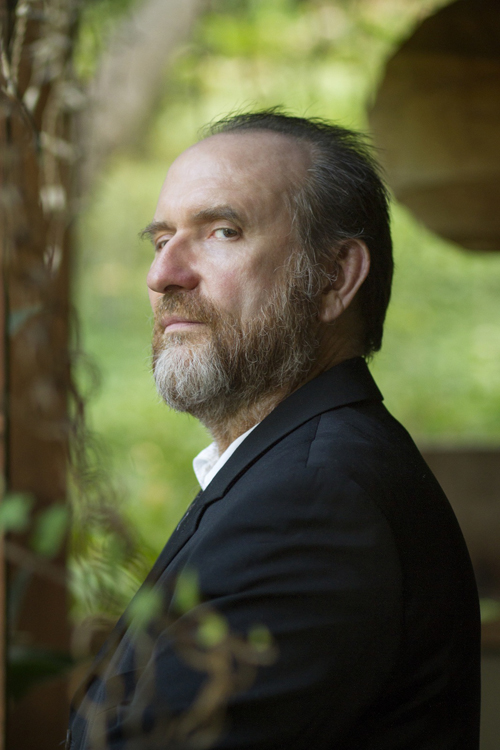 The Scottish-born Australian artist Colin Hay is certainly the most prolific “man at work.” Of all the members of the band that he formed in Sydney, Australia, in 1978, Hay was the one who soldiered on and continues to make records to this day. He certainly did not rest on the laurels of Men at Work’s most popular hit singles, “Who Can It Be Now?” and “Down Under.” Soon after Men at Work disbanded in 1986, Hay embarked on a productive solo career, which produced eleven studio albums, from 1987’s Looking for Jack to the recently released Next Year People. The styling of Hay’s early solo works (for instance, “These Are Our Finest Days”) naturally sounded like a continuity of his erstwhile band–a bright, sunny, tropical brew of New Wave, Pop, and Reggae. This style bore a pleasantly striking resemblance with that of batchmate, the English band The Police (“Roxanne”) and also, to a certain extent, with some of the songs of the Post-Clash group Big Audio Dynamite (“The Bottomline”).

Although, through the passing of time, Hay’s musical direction gradually gravitated towards a more introspective sound, such as 1992’s acoustic-oriented Peaks & Valleys (“Melbourne Song”), the stripped-down bluesy Rock of 1994’s Topanga (“She Put the Blame on You”), and 2009’s Country-influenced American Sunshine (“Broken Love”). Bits and pieces of these excursions may be gleaned from his latest offering; but significantly, the cheerful vibe reminiscent of Men at Work and Hay’s transitional phase is also evident. This is the reason many initiated listeners and critics have been describing the new album as a return to form.

Released on February 17, 2015, Next Year People is Colin Hay’s latest, eleventh album. It immediately greets the listener with a very upbeat and poppy mood via its opener, the Country Pop beauty “Trying to Get to You.” This countryside wonderment carries on with the equally engaging yet lyrically retrospective “If I Had Been a Better Man.” The songs that follow change the mood into something melancholic–the shimmery slow ballad “Did You Just Take the Long Way Home?” and the song of longing “I Want You Back.” The poignant yet hopeful title track, “Next Year People,” starts with a hint of the opening riff of Eric Clapton’s “Layla,” but unlike this, it maintains its reflective state all throughout the end, highlighted by a layer of choral voices.

“Lived in Vain” and “Scattered in the Sand” are both simple and loungy and, with their steady beats, have the power to elicit finger-snapping and foot-stomping moments. “To There from Here” sounds like Hay is channeling his Neil Young influences, as it evokes a vocal melodic reference to “Like a Hurricane.” May be hailed as the best storyteller’s aspect of the album, “Mr. Grogan” has a dark and eerie preoccupation, almost sounding like a ballad rewriting of Stan Ridgway’s “The Big Heat” or even The Bolshoi’s “Waspy.”

The guitar-led “Waiting in the Rain” harks to Hay’s laments in Men at Work’s “Overkill,” albeit delivered in acoustic terms. After his last question in the guise of the acoustic-guitar track “Are We There Yet?,” Hay finally finishes off Next Year People with “Lament for Whisky McManus,” a crisp and beautifully weaved arpeggiated guitar–dominated instrumental. The answer to Hay’s last question is, “Yes, Mr. Hay, you have long arrived!”

The pioneering New Wave outfit Men at Work left the scene with only three albums–Business as Usual (1981), Cargo (1983), and Two Hearts (1985). However, its presence continues on in the musical resilience and endurance of its voice, Colin Hay. With this truly hardworking man’s yet another well-crafted album in tow, he has reinforced once again his deserved place in the pantheon of prolific and creative songwriters who emerged in the so-called New Wave era of the 1980s. CrypticRock gives Next Year People 4 out of 5 stars. 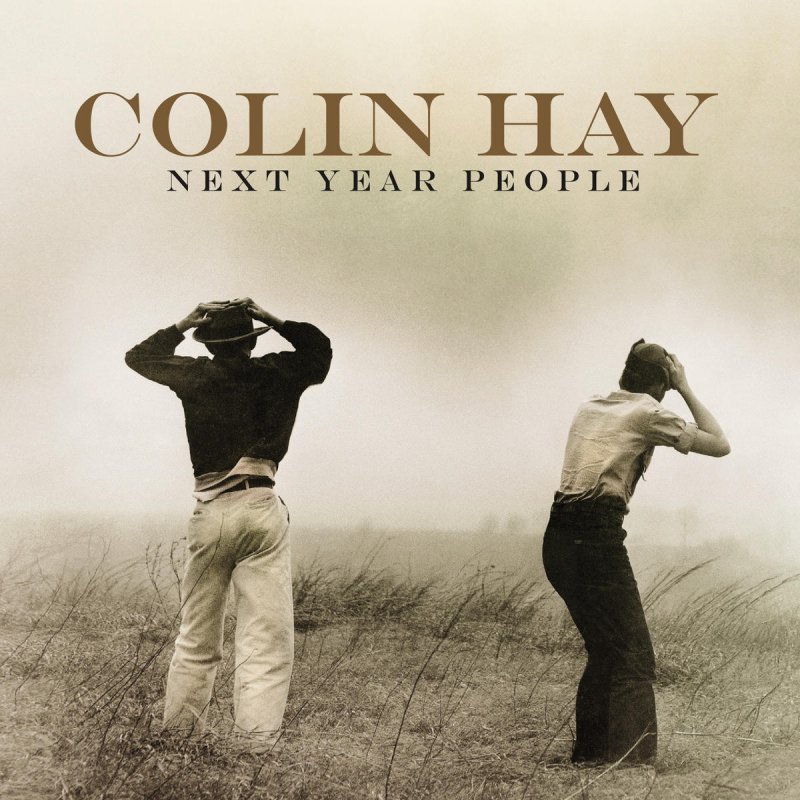