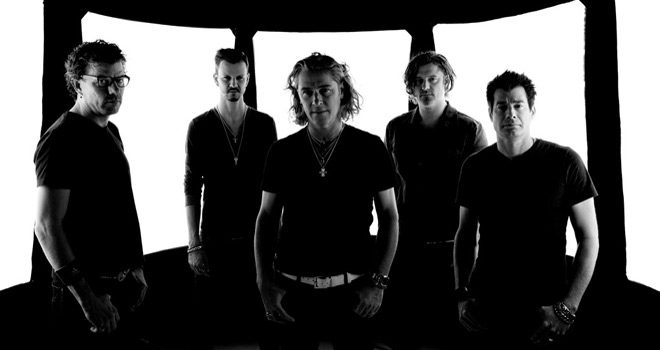 Usually the testament of any band’s longevity is their ability to put on a less than ordinary live show. Coming together 25 years ago down in the Georgia area, a group of friends would come together to create the now well-known Rock band Collective Soul. Selling over 15 million records worldwide, including seven #1 hit songs, Collective Soul have done it with persistence, personality, and originality.

Consisting of longtime members Ed Roland on vocals, Dean Roland on guitar, and Will Turpin on bass, along with Johnny Rabb on drums, and Jesse Triplett on guitar, the most glowing attribute of Collective Soul is their live show. Now set to release a brand new live album, simply entitled Collective Soul – Live, on December 8, 2017 through Suretone Records, Collective Soul document special concert moments for people to experience at home.

When asked about the decision to put out their first live album since 2006’s Home: A Live Concert Recording with the Atlanta Symphony Youth Orchestra, Turpin told CrypticRock, “We hear a lot that our live show, musically, is extremely strong. We felt, “Let’s document one and take the time to do some mixes on it.” Doing just that, he put together 16 choice recordings which were recorded at more than 160 shows over the course of two years. Wow, that is a lot of shows! So how does it live up to seeing the band in the flesh?

Well, pretty darn good. Kicking off the album is the hard-rocking “Heavy,” which hooks you from the opening guitar riff and hard-ringing chords. Before going any further, let’s talk about the recording and the mix. The open riff bounces back and forth from the right to the left channel, building the tension. The guitar eventually settles center channel as Rabb smashes his cymbals as if to announce Roland’s vocal entry to the song.

An entrance that commands your undivided attention they go right into an amped version of  “Where the River Flows.” Sounding extremely tight, the crowd certainly seems to feel the same way, as you can hear sincere crowd cheers throughout the recordings. Certainly not overpowering, the crowd definitely adds to the intensity of this recording. Let’s just say the band and crowd seem to feed off each other, equaling more sing alongs and stellar performances.

There are also classic Collective Soul tunes, such as “December” and “The World I Know,” that make the album even more satisfying. Even if you are only a casual fan, you will undoubtedly recognize a majority of these songs, and be reminded how much you like them. Their first big hit, “Shine,” remains a crowd favorite and a highlight on the album. Furthermore, Triplett’s guitar solo is a force of adrenaline matching this and each song’s uplifting purpose.

Full of positive energy, something everyone can certainly benefit from, Collective Soul – Live embodies spirit. It is pure, honest, and uplifting. A live album should mirror the experience of going to see a band, you want to hear the hits, and the hits are certainly here! It is always nice to hear live versions of your favorite songs, especially when they are performed so wonderfully, and Collective Soul did it right.

Oh, and if you are picking up the digital copy of the album, you will be pleasantly surprised to find an exclusive live version of new song “Right as Rain.” A track which captures a straight up Rock-n-Roll sound, perhaps it is a glimpse into what to expect from the forthcoming 2018 studio album. Worth adding to your collection, CrypticRock gives Collective Soul – Live 4 out of 5 stars. 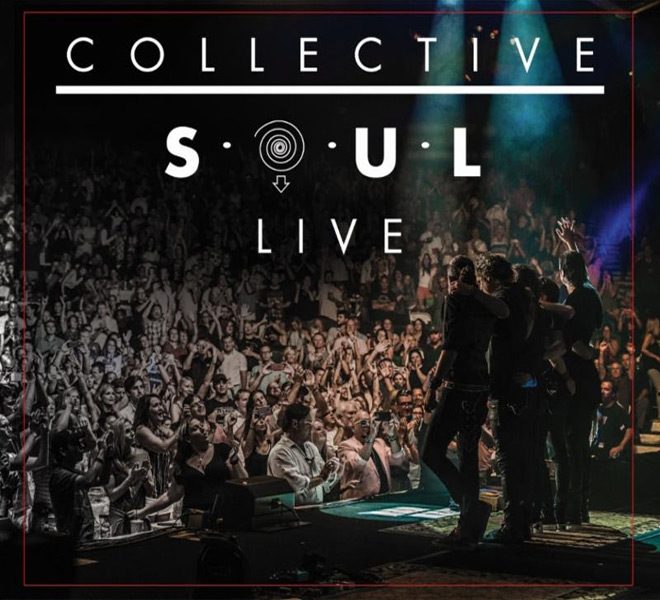