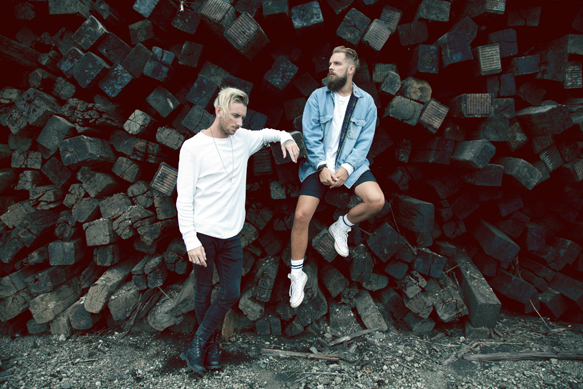 The Florida based-duo known as Colours offer a different but impressive sound to Indie Pop genre. A relatively new name to music fans, Colours was formed by drummer Morgan Alley and Vocalist Kyle Tamo following a hiatus from their Post Hardcore band, Burden of a Day. Begun by uniting their ideas, the duo wrote the songs for their debut album, Ivory, over a fourteen month period. Entering the studio with Producer Shaun Lopez (Deftones), the musicians crafted a record that debuted on Billboard’s New Artist Alternative chart, Heatseekers chart, and Indie chart, as well as iTunes Alternative chart upon its release February 26th via Victory Records. So what does this all mean? It means that Colours offers a brand of Electronic tingling Rock that people want to hear.

With that said, Ivory begins with “Lawless,” which comes on with a slow melodic tone. It features a hint of R&B and Techno mixed in as well, almost sounding similar to The Weeknd. A grand first impression, it is filled with smooth vocals over electronic effects, giving it that extra push. Next comes the album’s debut single, “Monster,” which exposes the darker side of Colours. A mesmerizing tune, the dark, melodic instrumentation is complemented by Tamo’s haunting vocals as he repetitively sings, “Make Me Your Monster.”

Next comes their more recent single, “Slow,” which bares resemblance to the opening track where synths effects are in the background before the chorus hits unexpectedly, enticing listeners to sing along. On “The Unforgettable,” Tamo begins with sweet R&B vocals, sounding like an angel also. Possessing more of a Pop sound, Alley and Tamo blend so incredibly well in this song to craft a sound that will whist the audience away. Keeping the record heavily melodic, “Gone” comes on as arguably the best song of the bunch. Mixing R&B, Pop, and Techno all in one, not only is the instrumentation addictive, but the lyrics will make the listener crave so much more.

Bringing on one of the shortest tracks of the album, “Gold Bones” is a drenched Pop piece sprinkled with a bits of Techno. Much like the rest of Ivory, Colours evolve a style reminiscent of The 1975, and this song really brings that sound out. Starting off with a strong drum beat, “Mind Games” is an inviting song where Tamo’s voice echoes after certain words, creating a sensation that is extraordinary. A minimal Electronic track, it is the type one would want to put on to kick back and relax to. With a little harsh texture, “Remember” sounds slightly different than the rest of the album, and not in a bad way. Screaming Pop hit with its catchy lyrics and bouncy instrumentation, Colours show they know how to craft a smooth sound.

Changing the tempo one more time, “Part of You” mellows the mood out again as it comes on like a Jazz influenced Pop composition. Moving toward the chorus, an occasional snap and a powerful emotion-filled guitar riff kicks in as Tamo’s voice remains strong. Then, keeping things interesting, at the song’s conclusion the duo surprise by raising the volume, opposed to the traditional fade out. With Ivory winding down, “Anyone” is yet another exceptional song that brings on more Rock elements, a side that Colours keeps concealed most of the album. Keeping the audience on their toes, the Rock textures mix with more R&B and Pop influence while the lyrics match flawlessly. Saving the most mellow track for last, “Alone” is the most tranquil piece of all. Sending the listener off on cloud 9, it is more than a fitting way to end the silky sounds of Ivory.

As stated, Colours definitely has crafted a very unique sound. The best part about it all, they do not stick to just one sound, but they blend styles together. If Colours keeps up their unique identity, they could become one of the more popular in modern Pop music. With that said, those looking for an album with a groovy R&B sound, Colours is the fix. CrypticRock gives Ivory 4 out of 5 stars. 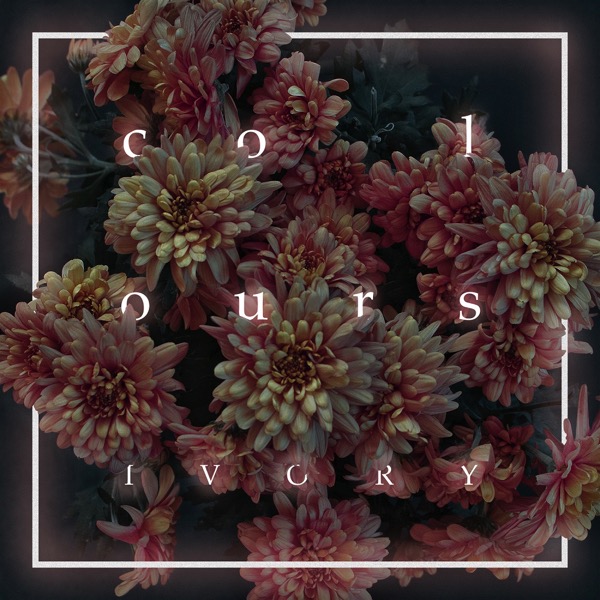