Combichrist – This Is Where Death Begins (Album Review)

June 6, 2016 Combichrist – This Is Where Death Begins (Album Review) 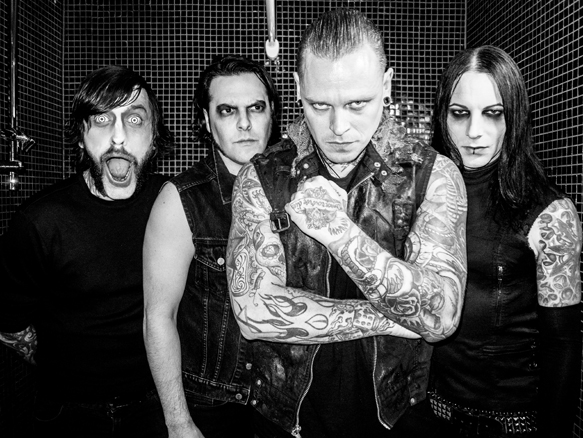 Who would have thought that American/Norwegian brutal Electro-Tech act Combichrist was just scratching the surface of what they are capable of in the realm of Industrial Metal on their 2014 album We Love You. With that said, the Atlanta, Georgia based Electro/Techno studio project founded back in 2003 has metamorphosed into a real Crossover Act; transforming itself with a big portion of Rock-n-Roll and Metal. Now after heavy touring over the past two years, mastermind Andy LaPlegua and his raucous hooligans Joe Letz (drums), Eric 13 (guitar), Brent Ashley (bass), and Nick Rossi (drums), their next sonic bomb is entitled This Is Where Death Begins.

Hitting the public on June 3rd via German label Out Of Line Music, it marks their seventh studio offering, and could be one that defines their career. A bold statement, LaPlegua left nothing to chance with the new Industrial hybrid, this becomes clear after reading the list of those involved in the liner notes. With that said, the 15-track monster was produced by Oumi Kapila (Filter) and LaPlegua himself, while being mastered by Vlado Meller (Red Hot Chili Peppers, Slipknot) and features guest vocals from Chris Motionless (Motionless In White) and Ariel Levitan (MXMS) on two tracks. With such facts, it is no wonder that the album is creating such a buzz.

Opening with “We Are The Plague,“ it is a track that perfectly lives up to its name on the introducing lurking keyboard carpet which draws through the whole track, the infernal behemoth instrumentation and the nasty vocals are slammed to the listener’s face, more brutal and infernal than ever before. Then, “My Life My Rules” rolls without compromise with a big pinch of Rock-n-Roll, although one can imagine the song also with a Techno face by its stamping beat. Then there is “Glitchteeth,” which is an absolute adventure to discover, listening by headphones with many ups and downs. Meanwhile, “Exit Eternity” comes on with great chorus that features Arial Levitan as LaPlegua unleashes like a demon. Bringing the feel of an apocalyptic plague, there are not many songs sending out rays of menace like this.

As the dark journey goes on, “Skullcrusher” again operates with a Rock-n-Roll touch, while “Destroy Everything” beats everything out of the listener’s body, like being whipped out in hell. The banned brutality on this track is beyond comprehension and LaPlegua’s monologue sometime sounds like a weird, English version of Til Lindemann. Other Industrial pearls like “Tired Of Hating You” or “Don’t Care How You Feel About It” are holding the apocalyptic arc of suspense on the same high level, before “Blackened Heart” shows again the dark face with balefulness soundscapes. Then there is the the heavy groove of “Pay to Play,” which sees Chris Motionless join in the pummeling.

This Is Where Death Begins will no doubt change listener’s musically state of mind. While some fans of the early years may be disappointed that the Aggro-Techno parts are absent, nevertheless, This Is Where Death Begins is a comfortable psychological stress test. It is a real sonic killing spree and has the potential of a long-term-effect to be mentioned in one breath of air with milestones like Nine Inch Nail’s 1994 album The Downward Spiral or Marilyn Manson’s 1996 album Antichrist Superstar. CrypticRock gives this insight into Combichrist’s soul 5 out of 5 stars. 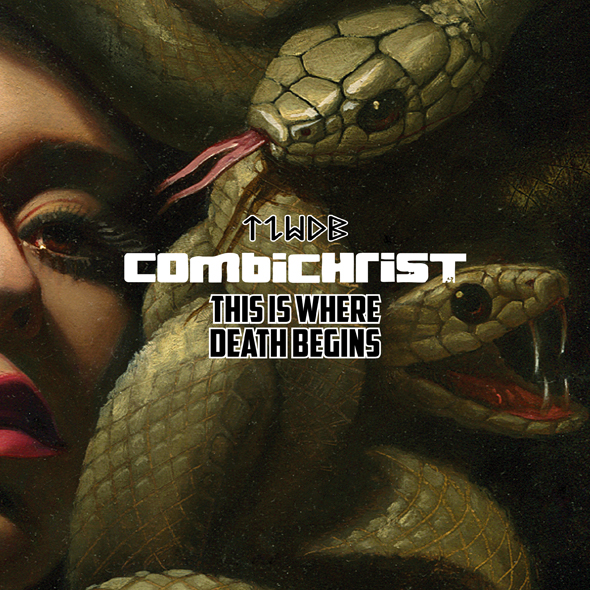