Tons of people love a good Romance, whether it is in a book, television or film. Fittingly released on Valentine’s Day 2017, new Romance Comfort is a heartwarming way to spend any evening. Released on streaming platforms via Leomark Studios, Comfort marks the first full-length feature for Writer/Director William Lu. 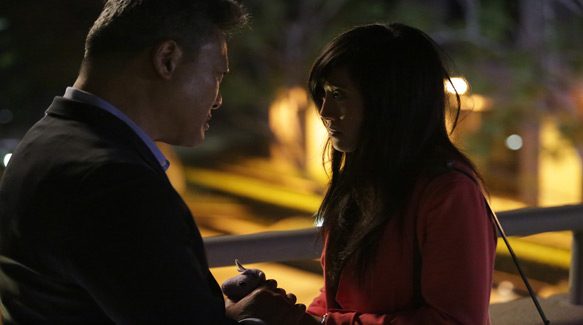 After Cameron delivers Martin’s product, Martin tells Cameron he is late to pick up his daughter, Jasmine (Julie Zhan: Pretty Little Liars 2010, Grandfathered 2015), from the airport, and due to work commitments requests that Cameron does it for him. Martin pays Cameron $100, and asks he also take Jasmine out for a meal. Jasmine has completed a business degree and hopes to visit with her father while she has the chance.

Upon seeing Cameron rather than a professional driver, Jasmine is reluctant to go with Cameron until she confirms his identity with Martin. Jasmine is annoyed her father has again put off spending time with her for work reasons.

One of the pitfalls to working at night time is Cameron’s melatonin levels are dangerously low, which when combined with an allergy to the sun, makes Cameron sick during the day time. He usually spends his time sleeping in a car park’s lower level. However, over the course of the night, Cameron and Jasmine end up enjoying their time together a little too much. Cameron likes Jasmine so much, he puts himself in danger to watch the sunrise with her, until his phone – UV alarm alerts him.

Cameron quickly drops Jasmine home without an explanation and takes off. Luckily he finds a familiar carpark to hide and gives a jacket Jasmine leaves in Cameron’s car to an attendant to give back to her. The attendant contacts Jasmine who comes to the carpark to collect it, but rather that get it and leave, Jasmine finds Cameron and demands an explanation. Cameron’s burnt skin force him to disclose the truth of his illness to Jasmine, in fear it would turn her away. However, this brings Jasmine and Cameron closer together. 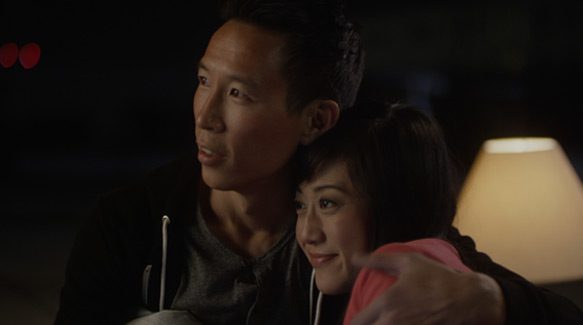 The more time they are in each other’s company, they open up to each other, and discover they both want more for their lives. Instead of being just a delivery driver, Cameron has greater aspirations, as does Jasmine, but hers will tear the end the burgeoning relationship before it begins. Just when they both thought everything had fallen into place, the new couple must deal with Cameron’s illness, Jasmine’s father, her future career, and Cameron’s boss. Over the course of twenty four hours, both Jasmine and Cameron’s lives change forever.

As the name suggests, Comfort is easy, nice, pleasant viewing. The entire story and characters have an even pace, without taking the viewer on too much of an emotional roller coaster. From the beginning, each scene reveals more about each character, and incites viewer empathy and understanding. All night workers will relate to Cameron’s medical issues, as well as working while everyone else is sleeping, and sleeping when everyone else is having fun or working.

Despite not having any natural light to work with, the cinematography by Ashish Gandhi (Charlie Wilson’s War 2007, Necessary Evil 2008) is smooth, keeping up while Cameron is speeding along in his car, or when he and Jasmine are sight seeing. All in all, Comfort is a nice film, with an interesting plot while taking a look at what happens in the city at night. For these reasons, CrypticRock gives Comfort 4 out of 5 stars. 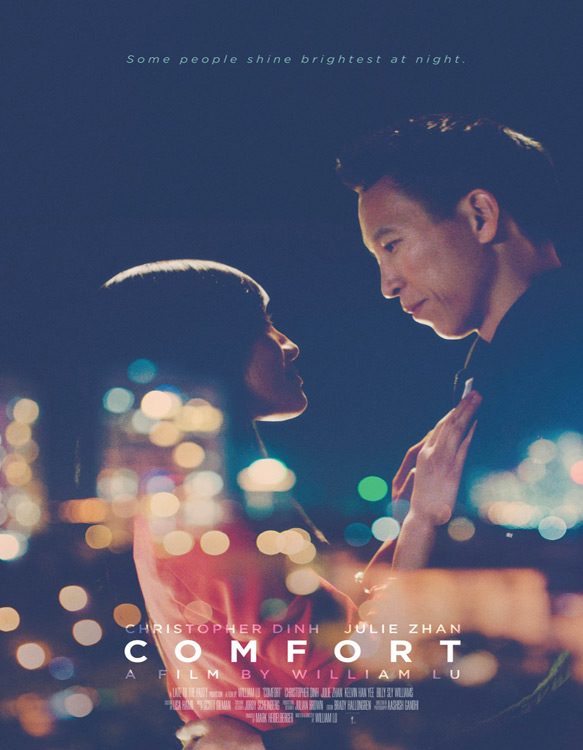