Released November 13, 2015, new Horror film Condemned touches on social groups, environmental poisoning, the downward spiral of drugs and other indulgences, as well as the ever present battle of the human condition. Written and directed by Eli Morgan Gesner, Condemned was produced by Caliber Media Company, distributed by RLJ Entertainment, with special effect by Platinum Platypus, and a soundtrack by Lakeshore Records. With enough gore, character development, and humor, this is sure to become one of Horror fans’ favorites as it hit DVD and Blu-ray as of January 8th. 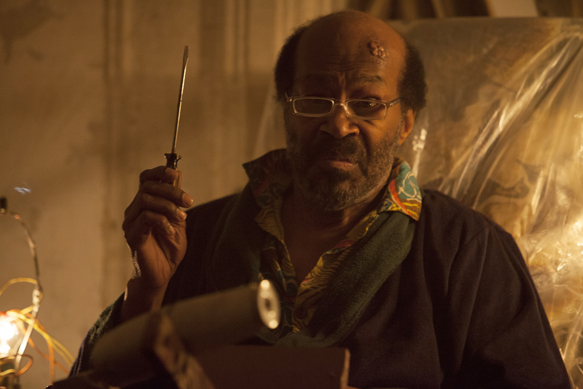 In its eighty-three minute runtime, the viewer is first introduced to Shynola (Anthony Chisholm: Reign Over Me 2007, 13 2010), the superintendent of a condemned building know to its residents as the Squat. Next, the viewer sees Maya (Dylan Penn in her debut film), a rich-girl from a well-off family hiding in her closet to escape the fighting of her parents. Seeking consolation from her aesthetically pleasing rockstar boyfriend, Dante (Ronen Rubinstein: Detachment 2011, Some Kind of Hate 2015), he talks her into running away to live with him. When they meet up at a club, Maya is introduced to her other new roommates, Loki (Honor Titus in his debut film); a rockstar that has a history, and Alexa (Genevieve Hudson-Price: Freedomland 2006, NYC 22 TV series), Loki’s mothering girlfriend. 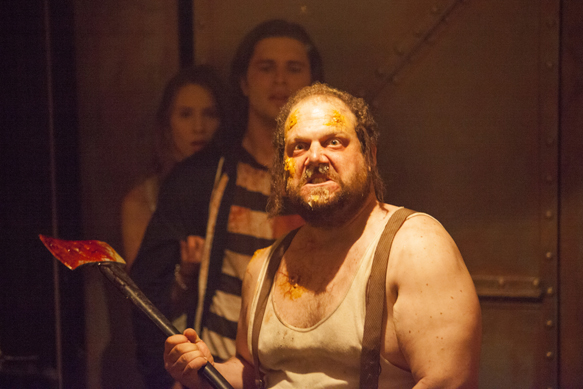 As viewers are shown glimpses of the residents’ lives; sickness, drug abusing, brutality, abusiveness, prostitution, dumping of toxic waste down pipes, the environment is rife with turmoil and brewing a deadly virus that will change the lives of all the inhabitants. The lives of the residents of the Squat connect in odd ways and lead to the ultimate puss-filled, vomit-launching, splatter, gore, Slasher with the right amount of humor that a Horror fan could ask for. The motley crew in the film is reminiscent of the 1985 film Return of the Living Dead in their social groups. Each character has a backstory with enough intrigue to keep them individual from one another, but compelling enough to look at them as a group of misfits as well. 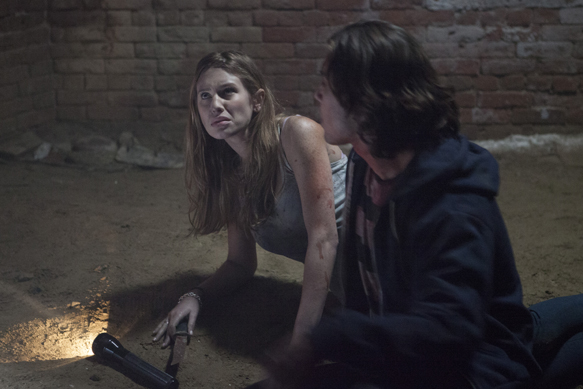 On top of the overall entertaining ride Condemned provides, there are clear messages laced throughout of the toxic world we live in. In fact, there are numerous points in the film where the characters express these thoughts in pretty well-written monologues that standout from a run-of-the-mill gorefest. The special effects for the film were handled excellently, utilizing practical versus CGI, thus creating many gross-out moments. The acting, even among the first-timers, were on par, and they all created believable characters, deliciously over the top at times. This makes Condemned a wonderful film for Horror fans looking for something that keeps their interest while still keeping their skin crawling. For storyline, character development, special effects, interesting ending, and delivery, CrypticRock gives Condemned 4.5 out of 5 stars. 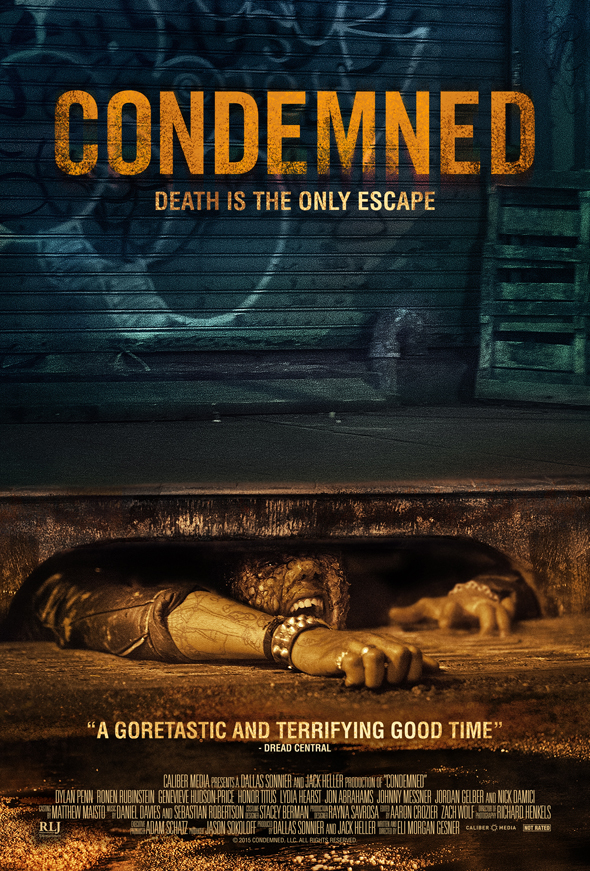 Purchase Condemned on Blu-ray/DVD on Amazon