“Compassion is the only frontier worth fighting for.”

Dan Brown meets Agatha Christie on the silver-screen in The Confessions (Le Confessioni), which arrived to select U.S. theaters in July 2017 thanks to Uncork’d Entertainment. 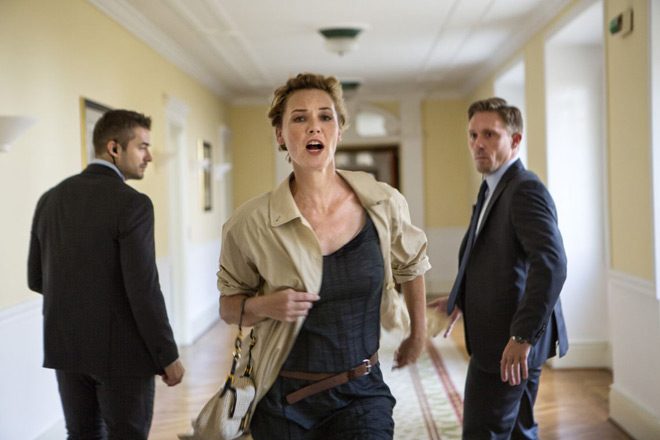 On their first evening at the hotel, the eleven finance giants meet for a dinner in celebration of Dr. Daniel Roché (Daniel Auteuil: Un Coeur en Hiver 1992, Caché 2005), Director of the International Monetary Fund, and his birthday. Afterward, there will be a drunken sing-along as well as some revelry, along with one truly somber birthday boy. Approaching Salus to hear his confession, Roché and the monk retire to Room 2308 where the revelations begin with talk of wealth and addiction to money-making.

Tragically, Roché’s body is discovered the next morning, asphyxiated with a plastic bag while sitting in a posh armchair. Is it murder or suicide and, perhaps most importantly, what does Father Salus know about this horrific event? With the inner-investigation seemingly being led by stern-faced Security Officer Mark Klein (Moritz Bleibtreu: Munich 2005, World War Z 2013), the evidence begins to stack up quickly against Father Salus, who was the last man to see the doctor alive. With tension mounting, more confessions will unfold until the truth is brought to light.

Directed by Roberto Andò (Strange Crime 2004, Long Live Freedom 2013), The Confessions clocks in at approximately 103 minutes. A multiple-language tryst, the film is presented in a blend of Italian and English (with pepperings of French and German), though subtitles are included for us stupid Americans. Working off a gloriously intelligent and thought-provoking screenplay written by Andò and Angelo Pasquini (It’s Happening Tomorrow 1988, Long Live Freedom 2013), the film weaves a tale of secrecy and deception that mirrors our present realities here on planet Earth. 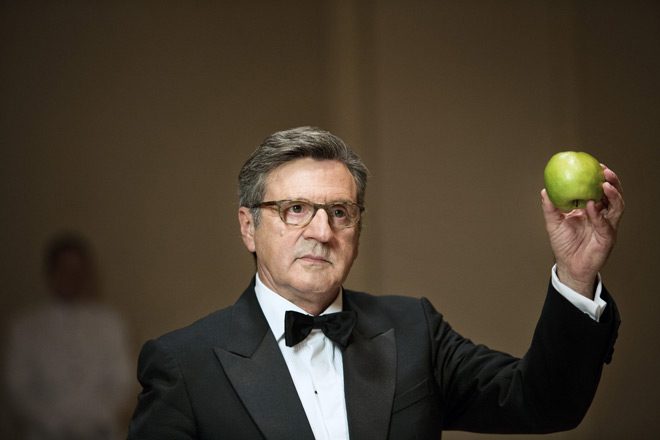 If silence truly is the last form of freedom, then the beautifully understated portrayal of Father Salus by Toni Servillo is what raises this film to its greatest heights. Servillo is equal parts pious and quirky, kind-hearted and warm, while maintaining a pensive quietness that suits his character perfectly. If, as St. Augustine believed, a confession is a cry from the soul, each cry weighs heavily on Salus physically and Servillo depicts this emotional heft flawlessly. Surrounded by the egregiously wealthy, the monk has taken a vow of poverty and owns only a tunic and sandals, along with his silence: Servillo paints this picture brilliantly through his reserved demeanor and few but ponderous words. 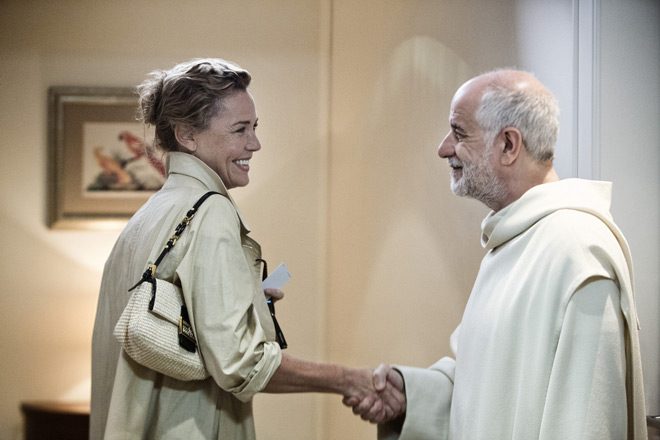 The Confessions has a bleak political outlook: one that is realistic in its downward glance at the men and women who run our heartless world economy. As the film points out, politicians today are businessmen (and women) as well as illusionists (“We’re cheating the world of hope, the least we can do is give them back illusions”): part of a secret society who answer to nothing but greed.

They partake of backroom dealings that leave the poor poorer still, crushing entire nations to escalate a select few. In fact, parliaments today are “made up of nothing but dead souls.” To grasp the importance and weight of The Confessions’ message, you must be on-board with this Humanitarian viewpoint. The converse of the film’s message is spoken plainly by Minister Vallati of Italy: “Experience tells me that when people try to make the world a better place, they make it worse.”

A film that tackles weighty world issues in an eloquent and intelligent manner, The Confessions is a dynamite and intense production that will leave its viewers to ponder the state of politics and finance in the world today. Through its wonderfully sophisticated script, flawless acting from the ensemble cast, and pertinent subject matter, this film is as haunting as it is enjoyable. For these reasons, CrypticRock gives The Confessions 5 of 5 stars. 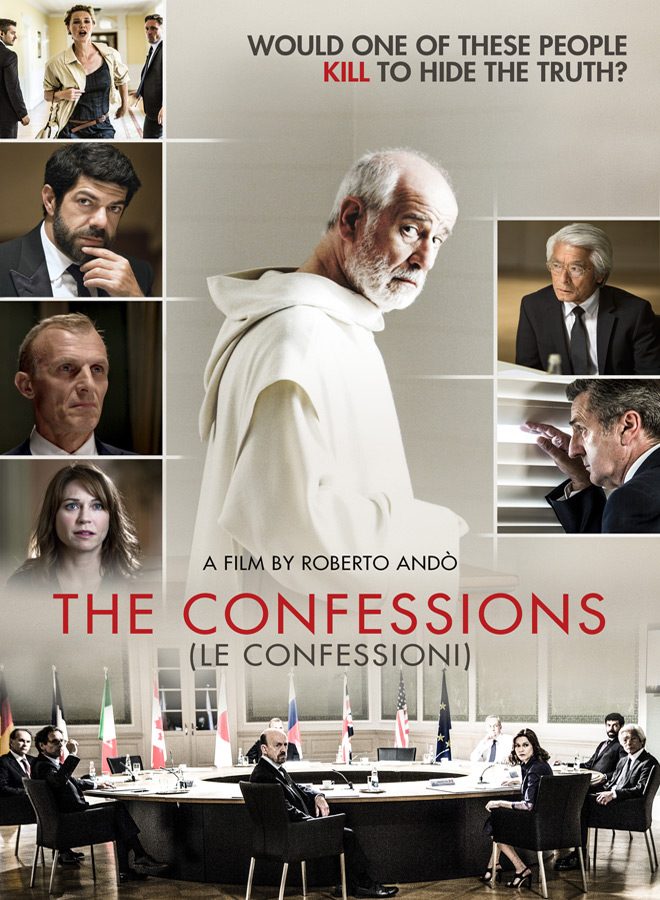