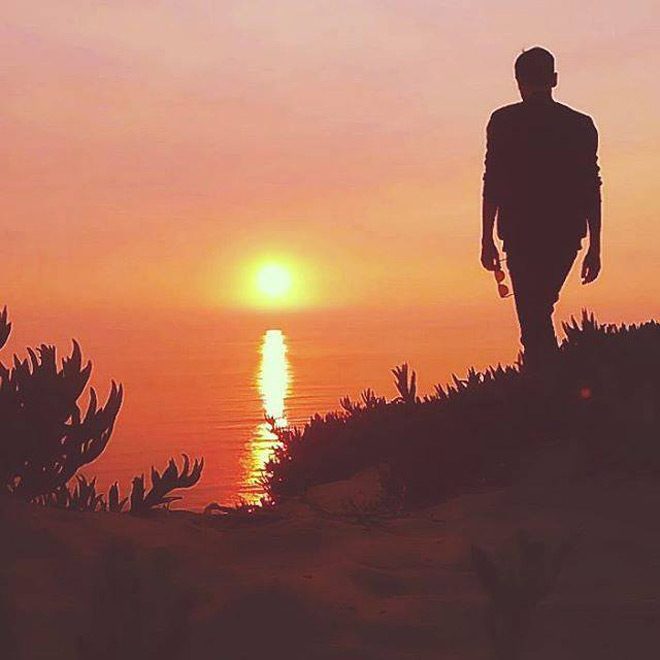 Confrontational is the sonic pseudonym for Sardinia, Italy’s Massimo Usai, a multi-talented singer-songwriter-producer and multi-instrumentalist who puts a preternaturally infectious spin on all things synth. Whether you term Confrontational to be Darkwave, Synthpop, or any of the multitude of combinations for the two – SynthWave and Horror Synth being two of the particularly catchy options – you are on-track to understanding an artist who beautifully blends all of the very best of the darkest ‘80s noir with retro electronics and vampiric storylines. The end result here is a sound that is deliciously danceable, hauntingly sensual, and perfectly crafted to score your next languid Horror feast.

Proving all of this and so much more is the nine-track offering The Burning Dawn, which arrived to stereo systems (remember those?) on Monday, November 27, 2017 via Confrontational’s Bandcamp page. Dedicated to the memory of Horror great George A. Romero and Charlottesville, VA civil rights demonstrator Heather Heyer, The Burning Dawn runs the gamut from Darkwave to Post-Punk in an embrace of all things 1980s. If Siouxsie Sioux mated with Ally Sheedy’s The Breakfast Club “basket case” and the offspring was raised by The Cure’s Robert Smith and Placebo’s Brian Molko in the house of The Sisters of Mercy, you might have a hybrid creature that depicts Confrontational’s sound; an approachable homage to the very best of ‘80s synth-noir.

The final piece in a triptych that began with 2015’s A Dance of Shadows and 2016’s Kingdom of Night, The Burning Dawn is a stellar offering that features a multitude of musicians: Ludrium’s Cody Carpenter (oh yes, son of the legendary John Carpenter), Italian Darkwave queen Tying Tiffany, Swedish musician Tobias Bernstrup, and Beastmaker’s Trevor William Church all offer their talents to the collection. The album is currently available as a digital download as well as in a limited-edition digipak (digital download and physical CD) format that is hand-numbered and includes artwork by Branca Studio. A vinyl version of the album is expected by early 2018.

The Burning Dawn begins with the beautifully-composed, sonic masterpiece “Set The Night Ablaze,” which features longtime collaborator and synth virtuoso Cody Carpenter. Starting with ominous synthesizers that morph toward a dazzling display of musical finery, the track, ultimately, takes on vocals at just over the three-minute mark. “Together or apart, we will set the night ablaze,” is the promise of this flowing fantasy that would be perfectly at home on a 1980’s Teen Drama, Horror, or even Fantasy soundtrack. In short, if you were a master of the universe, this track is the score to your childhood!

“Fade/Into The Burning Dawn” features electronic goddess Tying Tiffany on vocals, dueting with Usai in a wonderfully delicious Darkwave creation that is slithering in its sensuality while unabashedly dancing in the dark. Meanwhile, there is a perfect Sci-Fi odyssey embedded within the sonics of “Under The Killing Sun,” which coalesce alongside Carpenter’s retro-licious vocals. The result leans a little closer to traditional New Wave, though it stays fully infectious and entirely modern. In fact, while Confrontational are totally tubular ‘80s, you can still see the potential for the project being able to tour with modern acts like, say, The Birthday Massacre.

Darkly delectable sonics dance into “Stranger In The Mirror,” which features Swedish visual artist and electronic musician Tobias Bernstrup on vocals. Lyrically, this is a bit repetitive, but the sonics are phenomenal, creating an enveloping atmosphere that resonates. It flows flawlessly into the twilight of “Vendetta,” a flirt into the utmost Darkwave atmospheres. There are no vocals here, but the musical story is ecstatically eerie and deviously dance-worthy. Time to break out your club boots!

“Queen Of Vengeance,” which features Trevor William Church of the Doom Rock band Beastmaker, immediately kicks into a synth-licious swing of Gothic proportions with one killer guitar solo thanks to Church. Carpenter then returns to help paint a slightly poppier picture in “You Still Kill,” a dazzling sway that will bring you to your knees. Is that a keytar solo we hear?

The marvelously atmospheric synths that anchor “Threshold Of Redemption” are reminiscent of a vampire’s kiss, the gentle flutter of the wings of death upon the lips of a butterfly. Yes, it is indeed all so very poetic! Sadly, the collection comes to a conclusion with the phenomenally catchy “Together Again,” a superb reunion that perfectly represents what Confrontational and Usai are about. Clearly, those who are not lovers of the ‘80s, there is no need to apply, but if that is the case, they should probably get checked out by a physician!

Confrontational author a sound that is reminiscent of the best of times, sonically speaking. Cinematic and atmospheric, eerily rhythmic and gently slaying, this is a collection of nine sensuous delights that will titillate the ears and warm the cockles of your heart. Usai’s influences include some of the greats – Placebo, The Sisters of Mercy – and his sound is, therefore, impressively hefty, an amalgamation of visual and sonic creations that blend together to create something worth, ahem, confronting. Avidly awaiting our next meeting, CrypticRock gives Confrontational’s The Burning Dawn 5 of 5 stars. 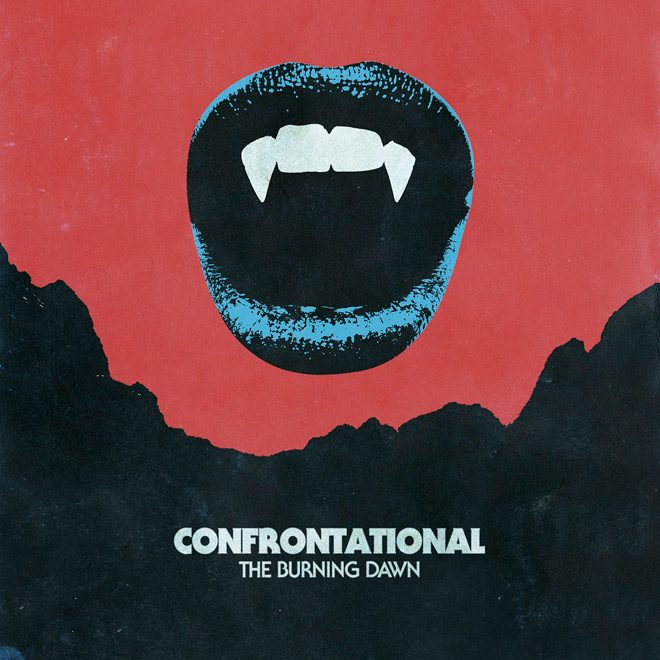