Corrosion of Conformity – No Cross No Crown (Album Review)

January 8, 2018 Corrosion of Conformity – No Cross No Crown (Album Review) 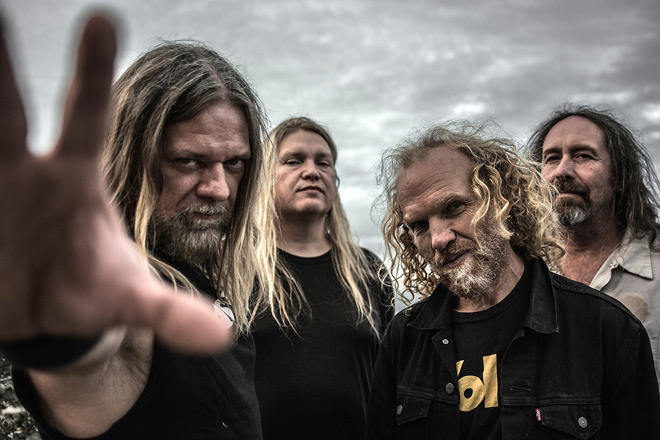 A staggering knock out punch, Corrosion of Conformity (C.O.C.) return in 2018! A force to be reckoned with, C.O.C. overpower the competition with their tenth studio album, No Cross No Crown, set for release on Friday January 12th thanks to Nuclear Blast Entertainment. Working with John Custer, the veteran producer once again putting his stamp on what may could arguably be C.O.C’s best album to date.

For those unfamiliar with the band, C.O.C. formed out of Raleigh, North Carolina in the early 1980s. Dishing out a crushing blend of Hard Rock and Heavy Metal, C.O.C. – Pepper Keenan (Vocals, Guitar), Woodroe Weatherman (Guitar), Mike Dean (Bass), and Reed Mullin (Drums) – found mainstream success in the mid-1990s via chart-topping albums such as 1994’s Deliverance and 1996’s Wiseblood. Digging the band’s raw intensity, fans surely ate up C.O.C.’s sound, as singles like “Albatross” and “Clean My Wounds” (Both off Deliverance) were finely evocative of Black Sabbath and deeply rooted in the bowels of Metal.

Then in 2006, C.O.C. went on hiatus, returned in 2010, however, Keenan would some take extra time off to record and tour with Pantera’s Phil Anselmo and Rex Brown on their side project Down while Weatherman, Dean, and Mullin continued on with C.O.C. Optimistic about the future, Keenan rejoined to the fold in 2014. A welcomed return, he helped write and record what would be his first studio album fronting the band since 2005’s In The Arms Of God in the form of the album IX.

Which brings us to 2018, a new year with new music from the hardworking C.O.C. Together, they bring a no nonsense brew of nasty, in your face tunes with No Cross No Crown. Baring fifteen bruising tracks to make a ton of noise, opening with the first of several instrumentals, the eerie “Novus Deus” lends just the right touch as it brings us into “The Luddite” for a pounding, massively heavy way to start the album.

Taking the plunge, “Cast The First Stone” features some of the albums raunchiest riffs as Keenan screams the title before the dark, acoustic instrumental “No Cross” bares a wicked sense. Howling in the night, “Wolf Named Crow” presents a thunderous mystique that will shake your foundations before the slow and heavy “Little Man” cries for a savior.

One extreme to another, the acoustic “Matres Diem” is the most tender and subtle of all the instrumentals right before – one of the most headbanging tunes – “Forgive Me” speeds things up with a blistering melodic live feel. Thereafter, “Nothing Left To Say” is a six and a half minute, ear-splitting wall of sound ending in a musical eruption of subtle, yet calculating and heavy riffs.

Not to be forgotten,”Sacred Isolation” will lead the listener into the unknown before the ripping “Old Disaster” gifts steady and consistent jamming in perfect form. Wicked in nature, “E.L.M.” delves deep into your nightmares as the title track “No Cross No Crown” is as quiet and refrained as it is unconcealed and terrifying.

In the final two cuts, “A Quest To Believe (A Call To The Void)” is nothing short of an epic portrait of sound as the album closes perfectly with the boisterous “Son And Daughter,” a beautifully loud and muddy concoction to penetrate brain cells.

In conclusion, Corrosion of Conformity have picked up right where they left off with IX. That said, No Cross No Crown is a striking reminder of the dominance behind C.O.C.’s music and the flooring magic that takes place when this quartet gets together. Proven once again, Keenan’s mind-numbing vocals, matched with the raw power jolt of Weatherman, Dean, and Mullin make for a startling musical force on No Cross No Crown. Even more exciting, in support of No Cross No Crown, C.O.C. are currently touring the U.S. with Black Label Society through February which is sure to be a hell raising concert experience. A stellar new release, CrypticRock gives No Cross No Crown 5 out of 5 stars. 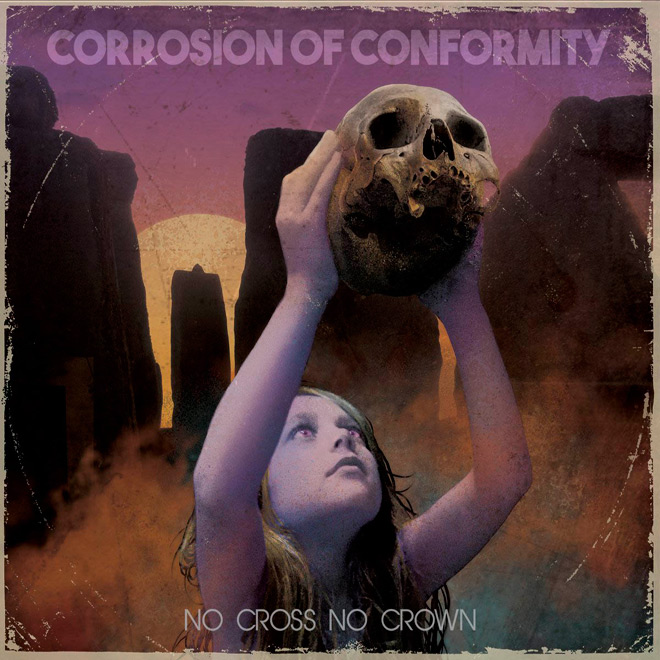 Purchase No Cross No Crown: