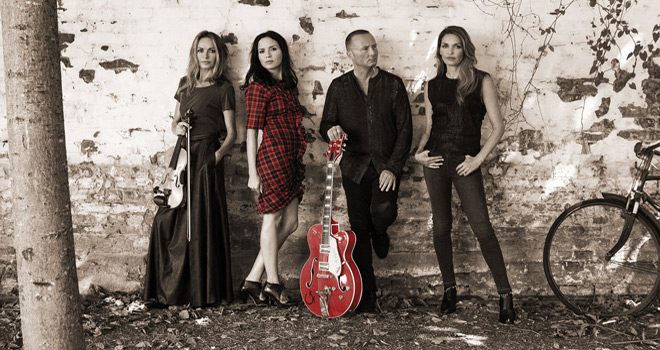 Irish family band The Corrs has built a successful career in Europe, with 40 million records sold and multiple Number 1 hits. Hailing from Dundalk, County Louth, Ireland, The Corrs are a foursome of siblings Andrea, Caroline, Jim, and Sharon. They formed a quartet in 1990, when Jim and Sharon added the other two siblings to their group. Their initial popularity stemmed from roles as musicians in the 1991 film The Commitments, a quirky story about a band of Irish misfits who come together and form “the world’s hardest working band.” Though it took a few years for them to find success, their debut 1995 album Forgiven, Not Forgotten was a smash hit around the world.

Whilst not as popular here in the US, they have had some success, particularly following their 1999 performance on MTV Unplugged and their subsequent third studio album, In Blue, which reached Number 21 on US album charts and was certified Platinum. In 2005, the band went on hiatus for a decade in order to raise their children and work on side projects. In 2015, when they reformed the band, their subsequent release, White Light, was a departure from their earlier sound, with an electronic, Dance Pop structure, with a more current sensibility. The record was panned by critics, sold poorly, failed to make a dent in European charts, and was not released in the US.

With their seventh studio album, Jupiter Calling, released on the 10th of November in the UK and due out the 17th of November in the US through East West Records, The Corrs have returned to their Celtic roots. The album opens with “Son of Solomon,” a slow, melodic love song that features the tin whistle and violin accompaniment that was their trademark during their most successful years. Andrea’s voice is the highlight of the album, as usual, and Sharon’s violin adds a subtle charm to the mix. When the three sisters harmonize, they nearly approach the sublimity of songs like “Runaway” and their cover of Mary Black’s “No Frontiers” from their early years. All that said, the songwriting on the album is not likely to win any awards. The songs stray into contrivance and cliché a bit too often.

Other notable songs include “SOS” a song that responds to the Syrian Refugee Crisis, with the lyrics “There’s pain on the border as far as the eyes can’t see/And hell’s getting busy while we’re in the cheap seats/ My girl in a tutu, more shoes to pick for her feet/How many lies long until we admit that we see.” Though “SOS” is the most socially aware song of The Corrs’ long career, its upbeat rhythm led Irish Times to, perhaps unfairly, call it a “lost Eurovision entry.”

Then there is “Dear Life,” which is lyrically clever and features a bodhrán to go along with the tin whistle and violin. “No Go Baby” is a sparsely instrumented, heartrending song about the loss of a pregnancy that pulls hard at the heartstrings. Lastly, the album closes with a melancholic, nearly eight-minute brooder, “The Sun and the Moon” that features Andrea’s vocal artistry with an understated piano track accentuated by violin.

Though the lyrical content can be a bit trite, and the musical ground explored on Jupiter Calling has been well-trodden by The Corrs over the last 25 years, their playing and harmonizing is familiar and pleasing. Having performed together for so long, the band has developed a fine rapport, which is evident in their playing. They may not break any barriers or blow any minds, but The Corrs’ music is far from mediocre. For this, CrypticRock give Jupiter Calling 4 out of 5 stars. 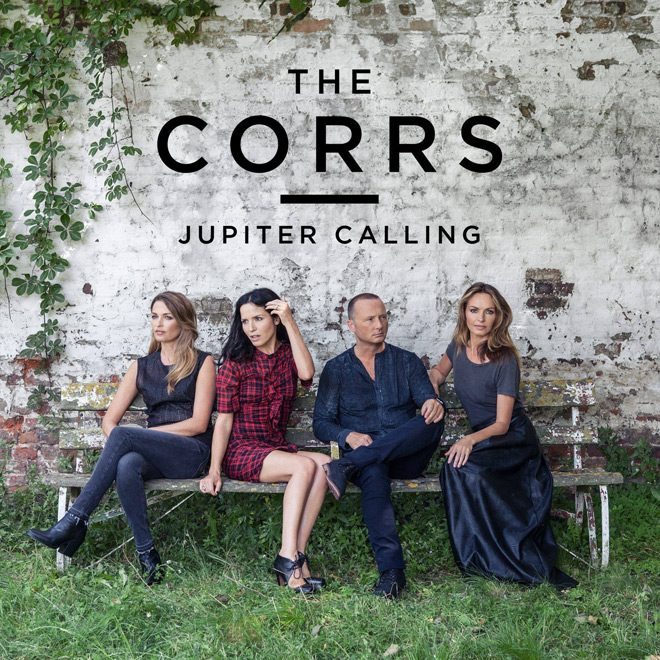