What happens when you are a DIY scientist with his own teleportation-time machine running out of time to find out who murdered your wife and sister? These questions are asked in the latest George Moïse Sci-Fi Thriller/Dark Comedy film Counter Clockwise. Starring co-writers Michael Kopelow (Don’t Tell Mom the Babysitter’s Dead 1991, The Stöned Age 1994) as well as Walter Moïse (The Door to Door Method 2013, D. 2014), this well-crafted mind-screw hit DVD and VOD on December 13th via Artsploitation Films. 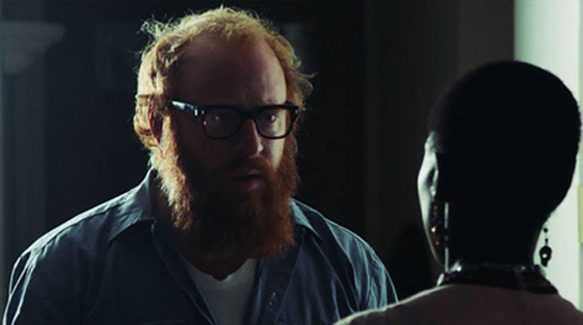 Ethan (Kopelow) is a brilliant scientist who left the corporate world behind to work as an independent inventor. Working with partner Ceil (Alice Rietveld: The Mentalist series, Criminal Minds series), they have created a functioning teleportation device that turns out to me much more—a time machine. Their success is not apparent at first, when they send their one-eyed dog through the machine only to have him disappear. It is only later that night that Ethan discovers the dog has reappeared.

Giddy with the success of the test, Ethan decides to immediately teleport himself, despite the fact that he had just made the most significant scientific advance of the century and the fact he had not investigated why the dog reappeared hours later. He is transported six months into the future, where his lab is dusty and covered in plastic. His house is up for rent and his mom Estella (Joy Rinaldi: The Pool Boy 2001, Propel 2008) has suffered a stroke. Oh, and the police are after him for the murder of his wife Tiffany (Devon Ogden: The Founder 2016, Heritage Falls 2016) and sister Fiona (Kerry Knuppe: Skills Like This 2007, Home 2016).

Ethan decides to travel back in time to solve the mystery and hopefully prevent the horrid future. He discovers that Roman (Frank Simms: Anastasia 1997, Tarzan 1999), magnate of the company he used to work for and Fiona still works for, is a villain. Roman is competing with another company, Red Syndicate, to develop teleportation technology and is pissed that Ethan left, considering him a roadblock to success. 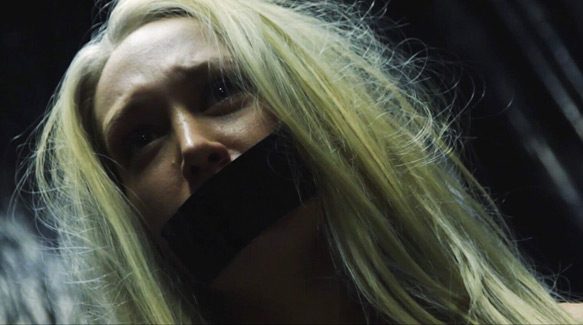 Throughout the movie, a slew of quirky characters are introduced, including Roman’s henchmen Hank (Bruno Amato: The Internship 2013, Horrible Bosses 2 2014), Gilroy (Aaron Bowden: Roommates 2013, D. 2014), and Rossio (Caleb Brown: The Day Laborer 2009, Hollywood Tale 2011). Several odd bystanders appear in the film bearing names such as One-eyed Manager (Marty Vites: debut film), Crazy Old Man at the Water Fountain (Chris Hampton: That’s So Awesome series, Bloodshed 2014), and Voodoo Nurse (Sharon Ferguson: Buffy The Vampire Slayer series, Quarantine 2008). Some add to the plot, but the majority are there to add comic relief and an atmosphere of surreal weirdness. They keep the viewer off-balance, allowing little time between scenes to figure out what is happening.

Of all the cast, Kopelow and Simms shine the brightest in the film. Kopelow is a non-traditional lead role actor that, despite the thrilling nature of the film, is comparable to the character of Bert the Geologist from The Big Bang Theory. Despite the unintentional parallel, he plays the role well as his confusion and urgency lend authenticity to the character as he struggles to understand his terrifying circumstances. On the other hand, Simms plays Roman like a bipolar demigod on a bender, simultaneously rampaging against Ethan while also calmly explaining why we should wash our hands before taking a piss instead of after. He is eccentric and commanding and makes for a brilliant and highly entertaining character.

By the end of Counter Clockwise, the conflict of “what is the mystery?” is resolved, but the mystery itself, along with several other plot lines, were left hanging. Ethan is going back in time, but what is his plan? What is happening with Roman’s henchman that is a mole for Red Syndicate? What was Ceil’s role in helping resolve Ethan’s problems after he told her to “keep track” of things? 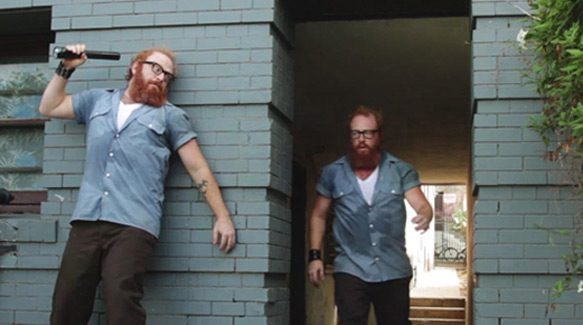 There is, perhaps, one good explanation that adds another dimension to the film. Ethan’s mom Estella, when confronted with his wild tale, slaps him and rants about how he has told fantasies since he was a child. This leaves room to wonder if Ethan, a technically unemployed, weird, down-on-his-luck scientist might be living a hallucination.

It might all be in Ethan’s head. Maybe he actually murdered his wife and sister after a breakdown, causing his mom to have a stroke, and is escaping reality by living in a world where he created one of the most significant technological breakthroughs ever. It explains the surreal quality of the film, with side characters that do not function as normal humans and flights of plot fancy that are never fully developed.

Overall Counter Clockwise is a competent foray into Sci-Fi Thriller. Each interaction through the timeline is exact and seamless, an impressive feat for Independent film. Most of the random humor worked and added to the feel of the film. Worth a watch by fans of Sci-Fi and Psychological Thriller, despite some flaws, it will keep the audience’s attention from start to finish. CrypticRock gives Counter Clockwise 4 out of 5 stars. 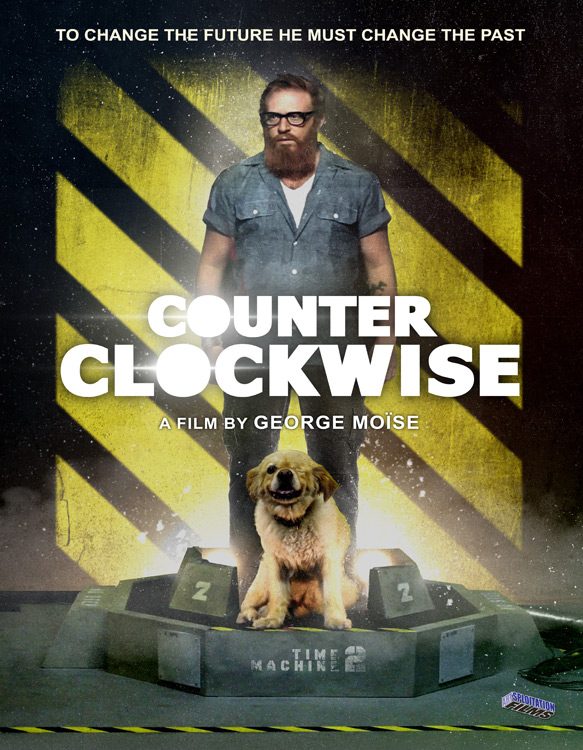