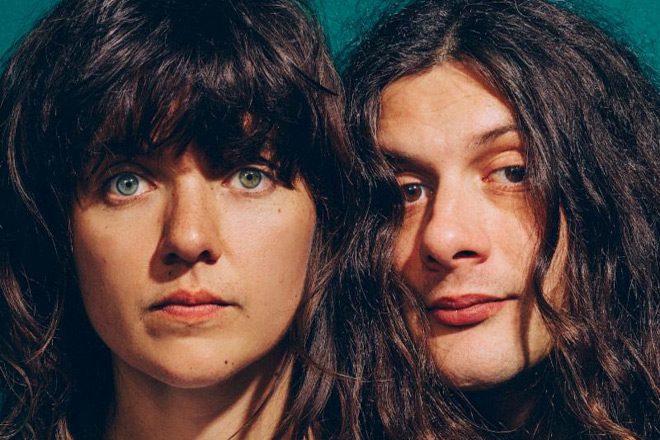 The names of an infamous ’90s Grunge couple cast more than a few superstitious shadows over an experimental collaboration between good friends. While the real Courtney and Kurt preferred havok-ridden, history-making shenanigans, Courtney Barnett and Kurt Vile might as well be sipping tea on opposite continents, whimsically conversing about bugs or laundry. Releasing their first collaborative album, Lotta Sea Lice, on October 13, 2017 through Matador Records/Milk! Records/Marathon Artists, Barnett and Vile expose a deeply rooted friendship comfortably complimented by shared awkwardness.

Who would have guessed that the brief meeting of an Australian Indie-Alt-Folk girl and a stoner-zone guy from Philly could produce the manifesto hymn for the odd, the aloof, and the introverted? Barnett released her first full-length album, Sometimes I Sit and Think and Sometimes I Just Sit, via her label, Milk! Records in 2015 with the shrug-your-shoulders-and-hope-for-the-best kind of attitude (much like her lyrical content and singing style).

The surprise was all Barnett’s own as slews of critics, fans, and fellow musicians extolled their praise for the dry-humored, abstract Aussie singer/songwriter. As admiration for Barnett flourished, so did her long-distance friendship with Vile. Desiring to work with her before she had even agreed, Vile wrote the first track of the eventual Lotta Sea Lice with Barnett in mind. Suffice it to say, the rest was history; gawky, “I didn’t mean to cough on her” lyrics, and Mazzy Star-dripping history.

The gentle pluck of an acoustic guitar preempts a quiet 4-count from Vile as “Continental Breakfast” soothes into materialization. Vile’s dry, semi-monotone alto seems to barely part his lips, escaping only enough to explore the melody in all its impure perfection. Barnett upholds the second verse with the same laid-back clarity of voice, welcoming slight pitch snags and veering harmonization with signature embrace. “Continental Breakfast” informs the duo of how it wishes to be sung, vocal smudges and all; a rare and precious gem in current times, as natural as a Monday morning coffee with the success of unequaled individuality.

“On Script” is the bluesy-hip-sway of a last-call song, dark and syrupy, longing to jam for undisclosed lengths. The Barnett original features only her voice, monotonously carrying a deadpan singsong, while the instruments tell their own tale of delicate picking and nimble hushed strums. The intricate eloquence is enhanced by the simplicity of Barnett’s voice and unique ability to convey her song’s meaning. What artist lets the very thing they created grow legs and run away from them? Barnett does; it is why she succeeds every single time.

The lyrical wit of “Blue Cheese” serves up a playfully memorable buffet of meeting “a girl named Tina/that girl supplies the reefer-ina” and “blue cheese up your/woohoo.” One of three new, original songs written by Vile specifically for Lotta Sea Lice, “Blue Cheese” is the most jovial, kid-in-a-proverbial-candy-store, hodgepodge of lyrical charm.

The album also includes Barnett covering Vile’s “Peeping Tomboy” (re-named “Peepin’ Tom”) and Vile covering Barnett’s “Out of the Woodwork” (also re-named; “Outta the Woodwork”). Keeping it all in the family, the duo covers the Jen Cloher tune “Fear is Like a Forest,” whom Barnett often plays guitar for and is also a life partner. Lotta Sea Lice’s final track is a cover of the 1993 Belly song “Untogether,” a seemingly forgotten tune beautifully harmonized and left wholly original.

Contesting the reputation of a weathered pair of names, the plaid and denim, nonchalant kids with a little slice of anxiety and hypersensitive attention to the norm have arrived. There is a new Courtney and Kurt in town, and they are a little awkward. That is quite alright. Catch Courtney Barnett and Kurt Vile performing Lotta Sea Lice on a limited Midwest/East Coast tour through November 11th. This is all why CrypticRock gives their debut album together 5 out of 5 stars. 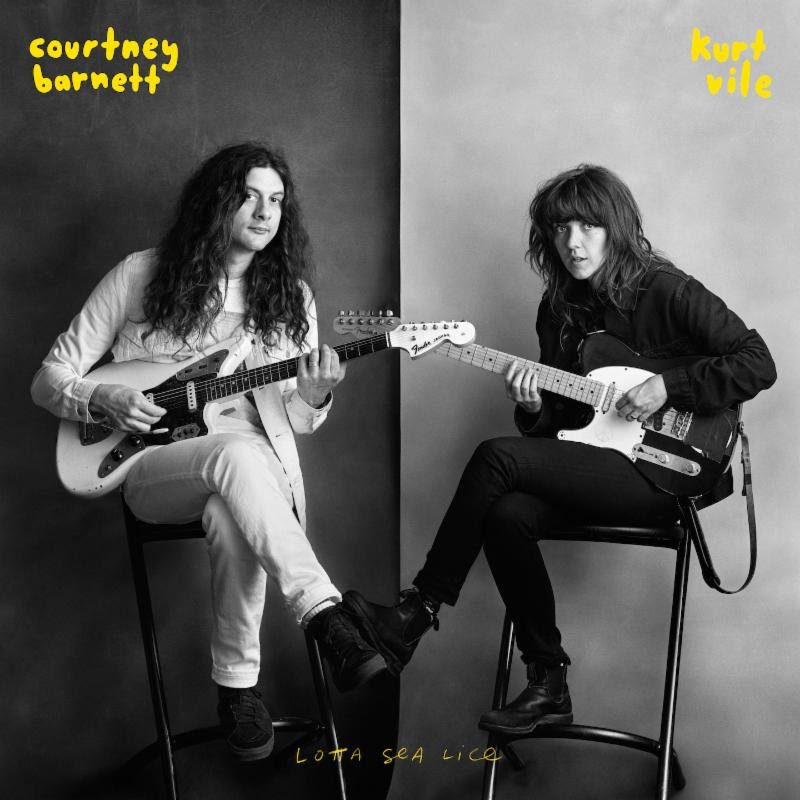