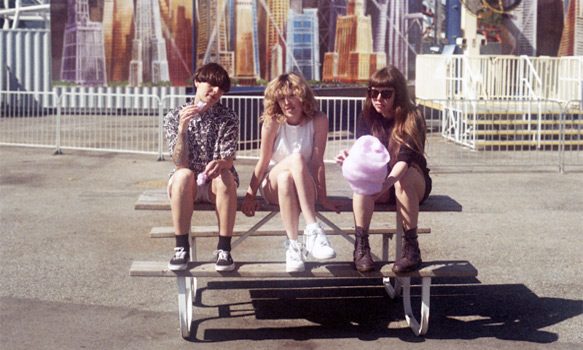 Marrying the sounds of Vancouver Canada’s coastal Pacific bliss and seamless Power Pop, The Courtneys have successfully made a name for themselves in the Alternative world. Their nostalgic, carefree vibes may lack in lyrical or sonic depth, but they make up for that in enthusiasm and melodic riffs. In fact, even by barely changing their sound over the course of two albums, the trio has consistently released catchy girl-power tracks laced with Canadian sunshine. Their latest effort, 2017’s The Courtneys II, is comprised of some previously released singles as well as new tracks recorded over the last three years or so, exemplifying significant sonic growth.

Much like their contemporaries, The Courtneys overtly model their influences. This said, the likes of Dinosaur Jr., My Bloody Valentine, and Modest Mouse are all echoed throughout The Courtney’s sophomore record, while also aligning with contemporaries Amber Arcades and Diiv. Released on February 17th via Flying Nun Records, The Courtneys II is an obvious sequel to its predecessor, even going as far as blurring the lines between tracks as each does not deviate much from the next.

The upbeat rhythms, thick bass lines, and sunny guitar riffs of the first and second album simply illustrate what The Courtneys are and represent, which makes the title to this record even more fitting. While there are some hints on this effort that the band is stretching their boundaries beyond the straightforward approach of their debut, The Courtneys have not deviated from their stylistic standpoint, but have grown into it and learned the mastery. Until then, this is a solid collection that leaves fans wanting more of the unexpected.

A major highlight and thrill on the album is “Tour,” a track that strays so far as to be border of Indie Rock. Lamenting long journeys and hot summer breezes, the lyricism delivered by Drummer/Lead Singer Jen Twynn Payne falls under the same themes of nostalgia. This is while deviating from the band’s habits by incorporating melodies that stand out in the best way. That in mind, much like their influences, the lyrics on this record feel very throwback, filled with nostalgic references.

Then there is previously released single “Lost Boys,” another definitive highlight. A title taken from the essential ’80s vampire flick, this tune incorporates infectious chanting in the chorus under the backdrop of a delightfully unexpected sonic crescendo from Guitarist Courtney Loove and Bassist Sydney Koke. Additionally, “Silver Velvet” is yet another homerun for the Vancouver girls; an addictive and clever track with equal Pop sparkle and danceability.

While not providing any major shifts or additions to the slacker Rock coastal scene, The Courtneys II is a delightfully whimsical album filled to the brim with infectious Dream Pop, nautical nostalgia, and divine simplicity. They will be out on tour with Jay Som starting March 14th with dates scheduled through April 15th, so be sure to check them out and pick up a copy of their latest efforts. CrypticRock.com gives The Courtneys II 4 out of 5 stars. 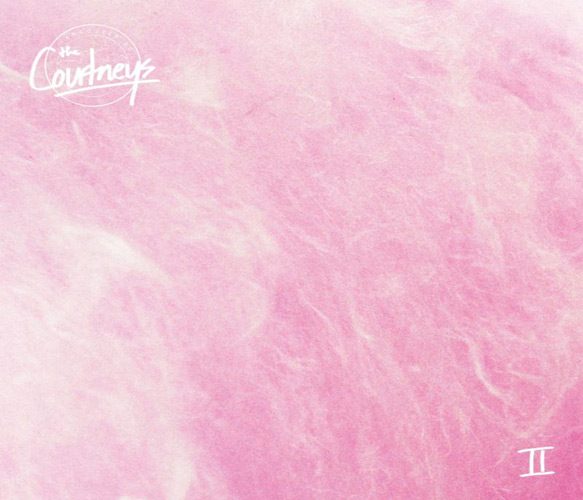