Since the release of The Exorcist back in 1973, demon possession storylines have been a popular topic among Horror writers. When done right, certainly effective, the thought of having one’s body taken over by an invisible being from the inside against their will is simply terrifying. This in mind, Owen Conway (Krampus: The Reckoning 2015), and Robert Conway (Krampus: The Reckoning 2015, Krampus Unleashed 2016) team up for their latest Horror flick, entitled The Covenant. Hitting the public as of February 7th via Uncork’d Entertainment, The Covenant is one of the newest possession styled Horror films. 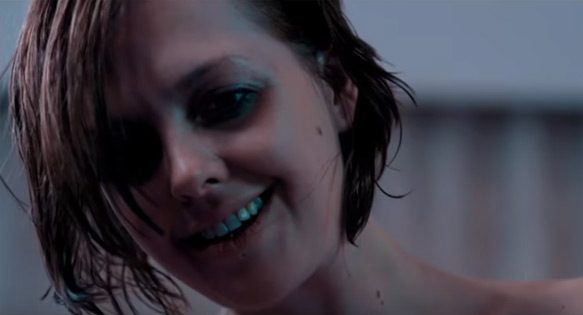 It all begins with Sarah Doyle (Monica Engesser: Blind People 2010, Krampus: The Reckoning 2015), a grieving woman who has recently lost both her daughter and husband. In order for her to have a chance at recovery, Sarah’s brother, Richard (Owen Conway), moves both of them into their childhood home. Raw and lost, Sarah cannot see an end to her misery anytime soon. Almost from the first day Richard and Sarah move into the house, Sarah starts exhibiting strange behavior, and carves strange symbols into her flesh.

As the days pass, her behavior and personality dramatically alter. Richard is concerned Sarah is possessed. At the same time, he finds Sarah’s daughter’s death might have come at the hands of one of her parents, and is responsible for bringing great evil upon her. Desperate for answers to his sister’s problems, Richard turns to local priest, Father James Burk (Sanford Gibbons: Tombstone 1993, Tin Cup 1996). 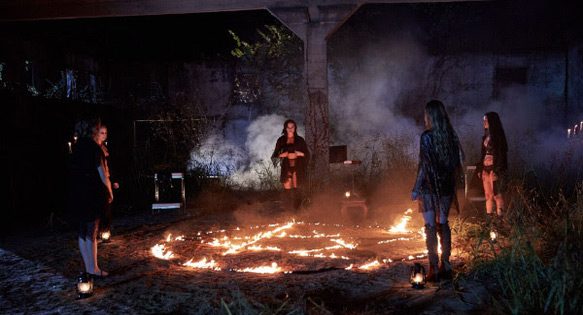 Initially, the Father believes Sarah to be affected by the loss of her family, but after spending time with her, Burk realizes she is possessed by an ancient demon. Upon Burk’s discovery, said demon torments Burk to the point he cuts off his tongue, leaving Richard stumbling for help. Simultaneously, Richard’s religious neighbour, Molly Hanning (Maria Olsen: Paranormal Activity 3 2011, Another 2014), becomes aware of the demonic presence and sets about her own form of exorcism.

After a traumatic night with Sarah, and surprise pregnancy, Richard is forced to find someone else to stop his sister’s further torment. Fortunately, Richard comes across Father Francis Campbell (Clint James: Salem series, The Magnificent Seven 2016), a priest passionate about stopping the demonic possession. When they finally manage to tie Sarah up to begin the exorcism, the demon has other ideas, and is not going to let anyone stop him. The constant sudden appearances and disappearances of a mysterious man in black (Richard Lippert: Genesis: Fall of the Crime Empire 2017, Statis 2017) suggests a bigger, scarier entity is behind Sarah’s possession and they will likewise do what they can to keep Sarah in their grasp. In the end, each of them is faced with certain death. 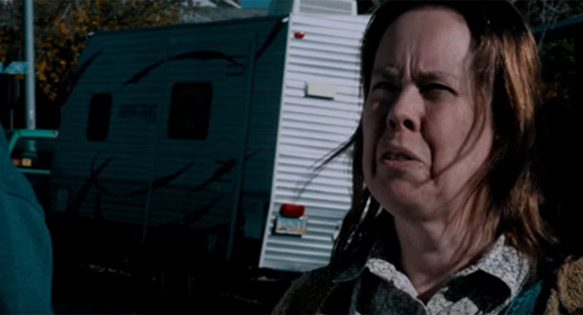 On paper, The Covenant is appealing and intriguing, but sadly it does not translate so well on film. The acting is sub-par at times, meanwhile, the special effects are choppy and do not blend into the story. Furthermore, there are massive plot holes, issues that will make many viewers scratching their heads. This is aside from the massive ‘ick’ factor of the incestuous encounter and subsequent baby, all within a twenty-four hour period.

Unfortunately, in many ways, the story does not gel, many scenes are all over the place, and the pace of the film is staggered. Not for everyone, The Covenant goes to very dark places, and while not for everyone, will surely find an audience looking for something unsettling to watch. CrypticRock gives The Covenant 1.5 out of 5 stars. 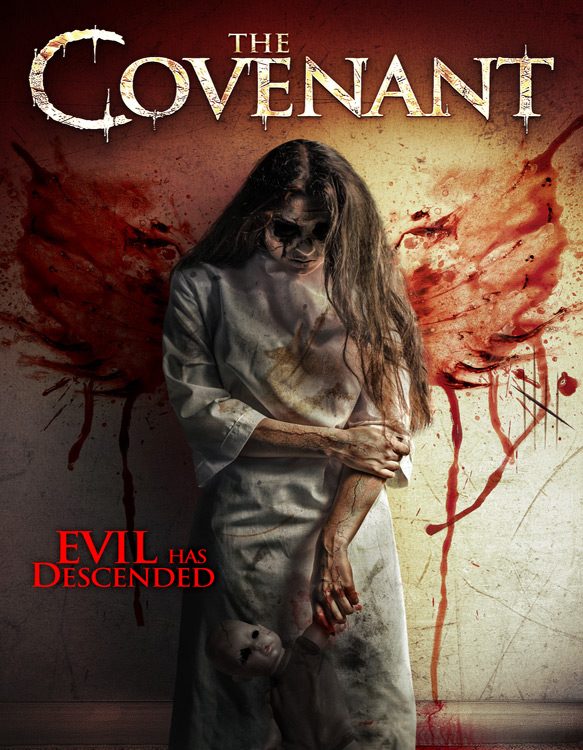