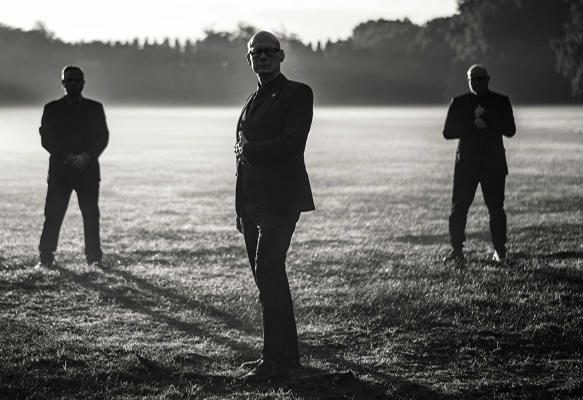 Helsingborg, Sweden’s greatest import began their career as a sextet, fiddling haplessly in their parents’ basements. Luckily for the Synthpop/EBM community, the line-up was quickly cemented as a trio – Vocalist and Songwriter Eskil Simonsson, Keyboardist and Lyricist Joakim Montelius, and Keyboardist Clas Nachmanson – and the band Covenant was born. Their first album, Dreams of a Cryotank, debuted in 1994. An ambitious effort, the album reflected heavily upon the band’s non-musical influences, including the works of Ridley Scott and Arthur C. Clarke. Early success would come for the band with the track “Theremin,” which became a club hit that can still be heard on dancefloors throughout the world.

Dedication to touring and sincere, energetic as well as artistic live shows would propel the band into the Nineties and beyond. Their first record deal outside of Sweden would cap off 1995, with albums to follow in 1996 with Sequencer, 1998 with Europa, and 2000 with United States of Mind. Maturity, personal changes, a new millennium and a new producer, Jacob Hellner of Rammstein fame, would all add to the mix to create a truly momentous fifth album – 2002’s Northern Light. One of the band’s finest works to date, the album contains seminal Covenant hits “Call The Ships To Port” and “We Stand Alone.”

Personnel and label changes followed, as did 2006’s Skyshaper. A  truly epic addition to the trio’s strong catalogue, it displayed Covenant’s amazing artistry through tracks such as “Ritual Noise” and “The World Is Growing Loud,” marking a special moment in their evolution. Endless touring continued across the globe, with the band seeing skies over much of Europe, Russia, North America, Australia, and Asia. Having now toured across five of the seven continents, Covenant would release their DVD travelogue, In Transit (2007), as a commemoration and celebration of their far-reaching success. It would be followed with more festivals and touring, as well as 2011’s Modern Ruin and 2013’s Leaving Babylon. All of this history leads us to here, 2016, The Blinding Dark.

It has been three years since Covenant – currently composed of Eskil Simonsson, Joakim Montelius, Andreas Catjar, and touring member Daniel Jonasson – hit the studio to release an album, and their ninth offering, The Blinding Dark, shows persistence, dedication, integrity, and grit. Dark, funereal vibes paired with uplifting, danceable sonic soundtracks are the hallmark of Covenant, and there is nothing new or different here.

There is a chaos, a heavy-heartedness to the music of The Blinding Dark – an embrace of confusion and melancholia, with an outpouring of strength and resilience. While the lyrics are often macabre (“Sound Mirrors,” “Morning Star”), the turnabout comes in the form of airy instrumentals and surreal covers (“A Rider On A White Horse”). To add a little something extra, the album has been released in a deluxe edition that includes a bonus instrumental EP called Psychonaut, which was recorded at a private, live improvisation jam session.

The album is composed of five instrumentals, one cover song, and five fairly-standard Covenant tracks. The sum total of the majority of the music could pose as a background soundtrack for film (“Dies Irae,” “Interludes I & II”). Instrumental ending, “Summon Your Spirit,” plays host to Shamanic drums, rattles, white noise, and an overall Native American-esque feel; it’s perfect for calming your nerves, settling your senses, or perhaps catching up on those yoga poses.

It is tracks like “I Close My Eyes” and “Cold Reading” that truly summon the spirit of these Swedes, and standouts like first single “Sound Mirrors” that unleash the best of the band. “Listen to the waves of broken souls . . . listen to the sounds of burning homes crashing down on shattered ground,” implores Vocalist Eskil Simonsson. Lachrymose but somehow uplifting, rhythmical and yet depressing, the signature contradiction of Covenant is inherent in this track. A cover of the Lee Hazlewood tune “A Rider On A White Horse” initially seems a strangely obscure inclusion, but the trippy duet between Simonsson and Erica Li Lundqvist provides a clear highlight. Best known for his work with Nancy Sinatra, Hazlewood’s track is somber, surreal, beautifully-orchestrated and serene moment in a ‘blindingly dark’ collection.

Intense aggression permeates the lyrics of “Morning Star” (“I bite the hand that feeds me, I burn the ground on which I stand”), though this is offset by the fast-paced, dream-like synthesizer sounds throughout. This attention to electronic detail continues into the instrumental “Fulwell,” a collection of sounds that includes powerful winds, ocean waves, and in the distance? Perhaps that is a car alarm, some traffic jams, or just a Swedish Synthpop band making ritual noise.

The Blinding Dark is, in a sense, both a triumph and a failure. For a band over twenty years into their career, a new studio release is itself a simple success; continued love and support from the fans an even greater celebration. Though this particular collection is really just more of the same, it is neither a dramatic fail or an epic win; The Blinding Dark simply exists. It is how we face the darkness that truly matters. Those that have love for Covenant, keep calm and synth on; those that are new to this group of Swedes, please start with Northern Light and Modern Ruin. For this reason, CrypticRock gives The Blinding Dark 3 out of 5 stars. 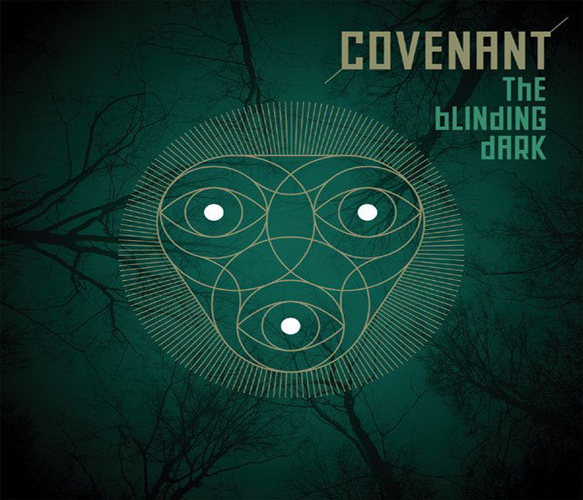