The Cranberries – Something Else (Album Review) 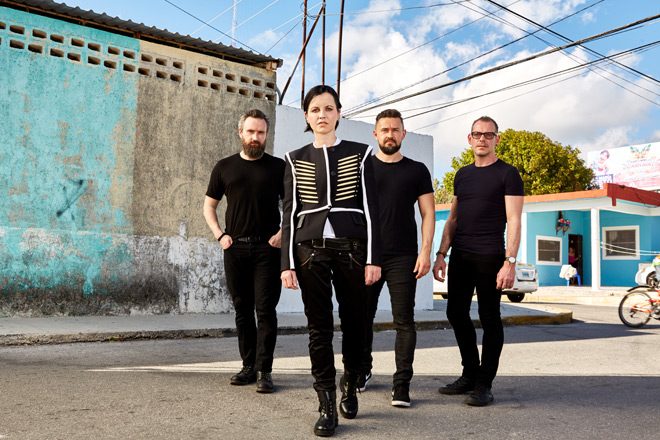 Amidst an ever-changing music scene, The Cranberries were one of the luminaries of the ’90s Alternative Rock genre. Hailing from Ireland, the band slowly soared to the senses of the listening public early in that decade via the songs “Dreams” and “Linger,” which were the carrier singles off their debut album, 1993’s Everybody Else Is Doing It, So Why Can’t We? However, what really catapulted The Cranberries to worldwide popularity was the release of the Grunge-influenced “Zombie,” the lead single off 1994’s No Need to Argue.

From there, three albums more ensued, as well as a long string of chart-topping singles that included “Ode to My Family,” “Ridiculous Thoughts,” “I Can’t Be with You,” “Salvation,” “Free to Decide,” “Animal Instinct,” “Just My Imagination,” “Promises,” and “Analyse.” Then, in 2003, the quartet comprising The Cranberries—Dolores O’Riordan (vocals, rhythm guitar), Noel Hogan (lead guitar, vocals), Mike Hogan (bass), and Fergal Lawler (drums)—took their separate ways to pursue individual careers. Fortunately, the four reunited in 2009, resulting in their sixth studio album, 2012’s Roses, spawning another future classic, “Tomorrow.” Now, while waiting for another full set of new materials, the follower and the curious may content themselves for the meantime with the forthcoming album of stripped-down, acoustic-oriented versions of prime songs by the band, recorded with the Irish Chamber Orchestra of the University of Limerick.

Scheduled to be released on April 28, 2017 via BMG/The End Records, The Cranberries’ return-to-the-past latest endeavor is not entirely retrospective at all, for it features also three newly written tracks. Titled Something Else, it opens aptly with a more somber rendition of “Linger” – a perfect homage and throwback to the band’s humble beginnings. This is followed immediately by “The Glory,” the first of the three new tracks recorded for this album. Then, another favorite ensues, a more upbeat rendition of “Dreams,” owing to the galloping rhythm and string staccato. Twenty-five years have passed and yet O’Riordan’s vocal prowess remains as powerful and compelling as ever, soaring gracefully above the mellifluous orchestration. Then there is the more fluid and viscous treatment of “When You’re Gone,” whose guitar plucks in the original have been replaced noticeably by the string section, which is rising and spreading into the mix.

In keeping with the overall Dream Pop styling of the album, “Zombie” has been what may be described as “dezombified”—gone were the grungy distortion and pounding drums, albeit O’Riordan’s impassioned voice is still cracking in some corners, but the emotion expressed this time is more passion than angst—certainly a sign of the maturity of not only the band’s music but also of the band members themselves; after all, the four are no longer the twenty-somethings they used to be in the 1990s. The aural tension carries over into the equally passionate “Ridiculous Thoughts.”

Another newly penned song, “The Rupture” is a solemn Chamber/Celtic Pop ballad…breezy, haunting, and exuding a sense of yearning; it will fit nicely on a playlist that includes The Sundays’ “I Feel,” Shelleyan Orphan’s “Supernature on a Superhighway,” and Babacar’s “Tree.” The already tear-pulling “Ode to My Family” is made even more pensive and heart-breaking, as may be felt in the shivering voice of O’Riordan. “Free to Decide” and “Just My Imagination” remain the same head-swaying stompers, featuring a more liberal use of the percussive elements. The over-the-top, cello-led string arrangement and upbeatness of “Animal Instinct” show that, despite their having gone primarily acoustic and orchestral (at least for this album), the band can still rock and turn heads.

Second-to-the-last song is “You and Me,” whose guitar jangliness and lush orchestration complement each other well, making the penultimate track one of the album’s standouts. Finally, the reinvigorated The Cranberries end their latest work with the third and last of their new songs—which is simply appropriate—the lyrically introspective and musically melancholic “Why?,” whose drum pattern sounds off like strong heartbeats, signifying excitement and nervousness at the same time. For, with this new album, it is not The Cranberries who saw us; but rather, the Alternative music world at large is the one looking at the band right now.

If Something Else is a foreshadowing of whatever sonic concoction of newer materials that The Cranberries is working on for their next proper album, then there is so much more to look forward to. In the meantime, rejoice and celebrate the return of one of Ireland’s finest songsmiths with a reworking of some of their beloved tunes. The Cranberries are definitely back, couch and all! CrypticRock gives Something Else 4 out of 5 stars. 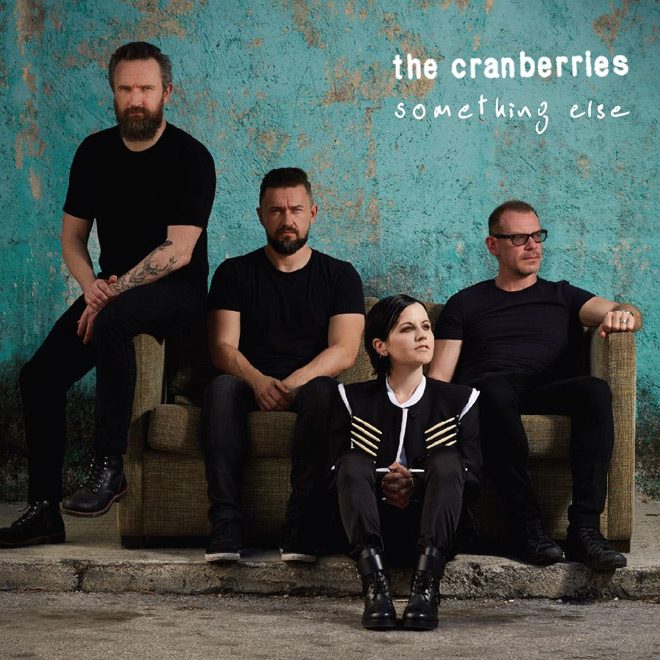 Melissa Etheridge – One Way Out (Album Review) Candlebox – Wolves (Album Review)
Like the in-depth, diverse coverage of Cryptic Rock? Help us in support to keep the magazine going strong for years to come with a small donation.