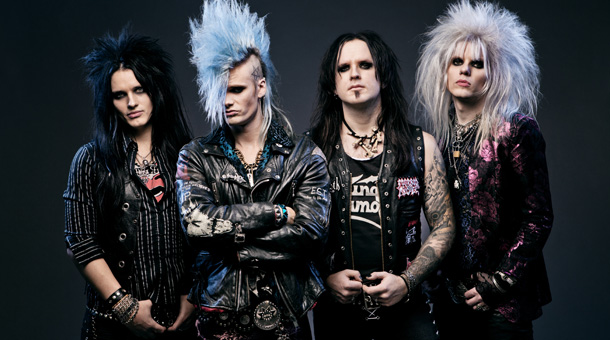 Glam metal was the music that defined the 1980’s with style, attitude, and tons of hairspray. When the genre became a cliché of itself sometime later in the decade, glam and sleaze became a footnote in rock n roll history. In the early 2000’s Sweden’s Crashdïet formed, being cited as the first original sleaze metal band in 2 decades. Their debut album Rest In Sleaze (2005) created noise that ignited a cult like following. When founding vocalist Dave Lepard tragically took his own life in 2006 after struggling with depression, surviving members Martin Sweet (guitar), Peter London (bass), and Eric Young (drums) regrouped months after grieving the loss of their friend deciding to keep Crashdïet going in honor of Lepard and his family. They released their sophomore album The Unattractive Revolution (2007) featured new vocalist H. Olliver Twist. Twist’s time with the band was short-lived, once again the band was searching for a new lead singer. With a stroke of luck they found their new frontman Simon Cruz, which lead the boys on their third album Generation Wild (2010), while helping Crashdïet make their first North American appearances in 2011. Finding themselves on the same page for the first time since Leppard’s passing, Cruz continues to lead the way for Crashdïet on their new album The Savage Playground.

The Savage Playground has a distinct concept design throughout. From the post apocalyptic cover art to the defying free thinking lyrics, this is a bold step for the band. You are taken by the throat right from the opening track, “Change The World”. This rebellious anthem features a thought-provoking opening monologue lifting off into primal vocal lashing of Cruz and Sweet’s energizing guitar work, making this perhaps the band’s strongest statement since “Riot In Everyone”. The record features a list of well crafted and powerfully melodic shout it out loud tracks such as “Anarchy”, “Circus”, and “Sin City”. Each track features some excellent hammer-on and pull-off riffs by Sweet mixed with raw emotional vocals by Cruz. The well placed shout back choruses make the songs that much stronger and add for some really memorable vocal harmonies. Tracks like “Cocaine Cowboys” and “Lickin’ Dog” give the album a nice dynamic. With “Cocaine Cowboys” a twangy guitar turns into an excellent muting riff and touches on the tragedy of drug abuse. “Lickin’ Dog” gives the listener clever lyrics with a keen sense of humor, a refreshing change in an age of synthetic over-produced records. On tracks like “Got A Reason” and “Drinkin’ Without You” the band shows immense growth, with layers of guitar tones, melodies, and overall song structure.

Tracks like “Snakes In Paradise” show some wonderful mature song writing. With orchestral arrangements amplifying the intensity, the track is lyrically dark and perfectly executed. Sprinkling in stories of tragic and broken dreams on tracks like “California” and “Damaged Kid” really strikes a chord in the heart of the listener. With “Excited” a bold voodoo inspired opening gives way to another powerful rock track. London’s thick bass line leads the track along with a series of excellent melodic guitar changes accented by some fine piano. The journey ends in epic fashion with “Garden of Babylon”, an experimenting track diving into middle eastern sound and some extremely haunting lyrics.

The Savage Playground is a statement album for Crashdïet. Having aroused a growing fan base over the years, this is the album fans have waited for. With a clear theme and lyrical direction, the record is an excellent cohesive piece. There is never a point that you feel a track has lost luster, and you can’t help but see how much this band has grown. They are musically stronger than ever before and Cruz’s voice is magnificent. Cruz has fortified himself as the vocalist of Crashdïet providing the perfect balance of rawness, emotion, and moxy. Lyrically each track is attention grabbing while exhibiting a refreshing, honest, and rebellious tone. CrypticRock give this album 5 out of 5 stars. 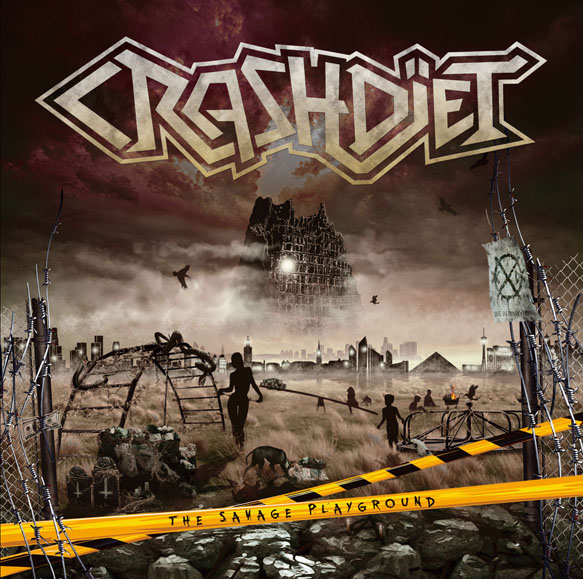