Modern Horror icons Kane Hodder (Friday the 13th Part VII: The New Blood 1988, Jason X 2001) and R.A. Mihailoff (Leatherface: Texas Chainsaw Massacre III 1990, Hatchet II 2010) are known to make each Chiller they partake in come to life. True to form, their roles in the film Crazed was no exception. Originally title Fury: The Tales of Ronan Pierce, Crazed is written and directed by Kevin A. McCarthy (The Cohasset Snuff Film 2012) along with guest Director Edward Payson (Unsigned 2011, The Cohasset Snuff Film 2012).

A film project that initially premiered at the Fantastic Planet Film Festival in Australia, Crazed stars Michael McCarthy as Ronan Pierce (co-writer of the film and debut in acting), Mihailoff as Captain Pete, Hodder as Eddie White, Harry Aspinwall (Single Loaded Cylinder 2012, Mosden 2014) as Lukas Lodder, and Brad Potts (Water for Elephants 2011, Circus of the Dead 2014) as Rex Gallagher. Joining their talents, they put their abilities to the test in a film that is so bad it somehow makes it a must-see. 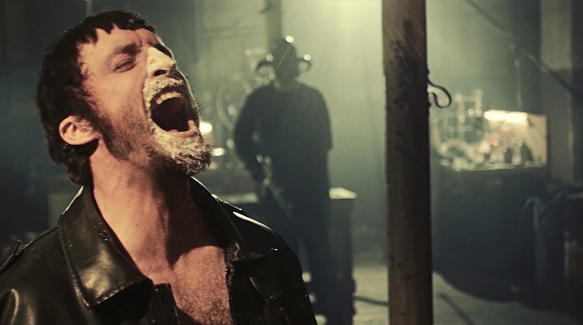 Inspired by the graphic novel by the original name, Crazed tells the story of a man named Ronan Pierce turned vigilante in the wake of his child’s murder and his recent wife’s abduction by a group of criminals known as the Luna Cartel. The main plot exploits the world of crime in which women are being kidnapped and harvested for their organs and Ronan Pierce takes the law into his own hands after learning that the local police are not doing anything about it. Ronan is accompanied by his partners Rex and Karina, and together they right all the wrongs, painting the town red as they do it.

After finding out the location of one of the main bosses of the cartel, Ronan finds out that yet another little girl has been kidnapped and tries to save her to no avail. Waking up next to his daughter’s tomb, Ronan goes back to finding more clues, this time going into the main place where several women are being held against their will. This leads to new realizations for Ronan as he finds out that the people who he thought he could trust, are not really on his side. It is a savage finale worthy of such well-known actors. 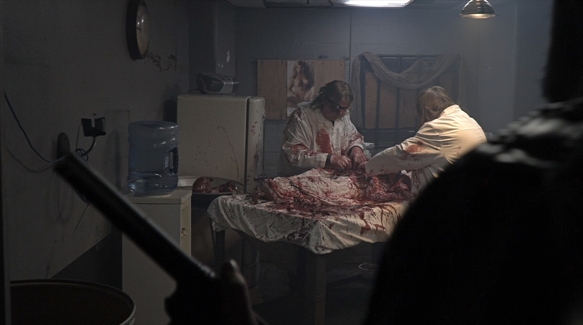 First and foremost, the fact that Hodder and Mihailoff are working together in the same film makes Crazed somewhat tolerable. People cannot expect to fully grasp the idea that one man could take revenge like that all by himself, but the way he does it leaves so much to desire. A for effort, B for storyline, C for acting. That said, just as there are bad things in the film, there are good things as well. The fact that this entire cast was put together makes it seem like 2010’s The Expendables, but remade using well-respected Horror actors as opposed to Action. In addition, anyone who is a true fan of Action or Thrillers can appreciate Crazed. Decent enough to be watched at least once, Crazed is available on VOD and DVD via Uncork’d Entertainment now. CrypticRock gives Crazed 3.5 out of 5 stars. 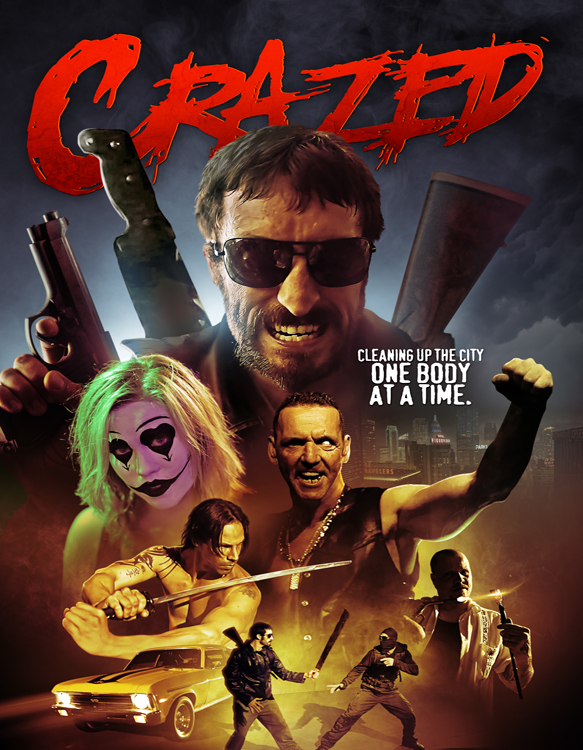