With the Halloween season fast-approaching, everyone is looking for new Horror flicks to dive into. They are looking for tales filled with mischief, thrills, chills, and of course, a little bit of a twist. That being said, getting everyone in the Halloween spirit, anthology style Horror film Creature Feature hit DVD and VOD on August 9, 2016 via Brain Damage Films. Initially released on Halloween 2015 at The Classic City International Film Festival in Athens, GA, the Spirit World Production film, directed and written by Georgian Chase Smith (The Doorway 2013, Realm of Souls 2013), presents five stories, intertwined within one another. A format not used too often in modern Horror cinema, this anthology style is welcomed by Horror lovers of all types. 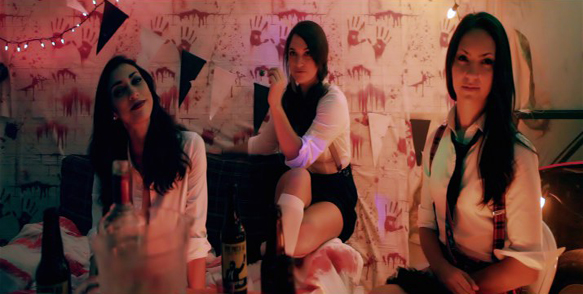 It all begins with Rachel (Christina Marie: Zombieland 2009) and Tucker (Michael Maponga: Fractures 2014, Prodigal the Aftermath 2015) sitting outside a Halloween party, awaiting the arrival of their friend Jackson (Lance Paul: Realm of Souls 2013, Dark Roads 79 2016). With Jackson finally arriving, slapping a Creature Feature Comic Book on the windshield of their car, their night of terror begins as they enter the party together. With people dressed in costume dancing, drinking, and having a good time, they find a group of provocatively dressed Witches sitting together in the back of the party. Separating themselves from the rest of the party, Tucker and Jackson enter the circle of women, clearly with sexual intentions, but soon are drawn into a back and forth of storytelling. Challenging one another to see who can tell the most frightening tale, the mood beings to become rather tense with each passing story. Is it a coincidence that all their stories weave into one another, or is something truly nefarious unfolding on this foggy Halloween night?

Much like 1972’s Tales from the Crypt, 1982’s Creepshow, or 1990’s Two Evil Eyes, Creature Feature does a fine job of storytelling, all while keeping a tight wraparound theme. With each sequence broken by a cut into a Comic Book strip, the audience does get the feeling as if they are in fact flipping through a Comic Book waiting for the next tale to unravel. As stated, many of the characters in the stories told are some how interconnected and perhaps their experiences are all happening in real time. That is something the viewer must figure out on their own as the tension builds toward toward the very end. 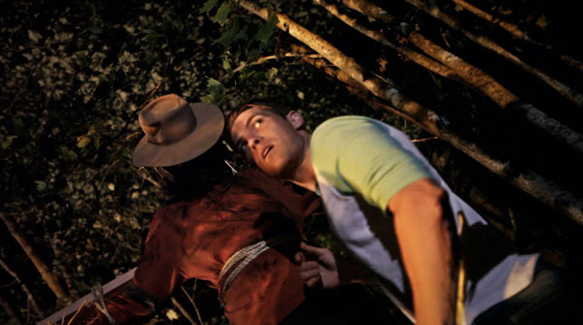 Quite entertaining, Creature Feature is heavy with sexual situations, but when it comes to the gore, it cuts quickly to the aforementioned Comic strips. This is not at all a negative thing because too often modern Horror drench their audience with excessive blood and guts, leaving nothing to the imagination. While some may think the sexual imagery is rather heavy, it is not without purpose, and the plot is strong enough to withstand it. That in mind, the wrap-around theme is quite clever and follows a classic Horror format, but in a modern way. 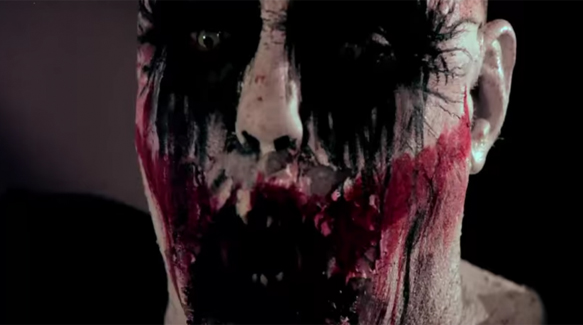 Overall, Creature Feature delivers a fun Horror anthology style film with solid acting, original soundtrack from Chase Smith and Rock band Fatcastor, and evenly flowing story. The only true critique of the film would be that the stories are too short and a little more elaboration would be welcomed. Although, this is a compliment to Smith, because his ideas are that compelling that viewers want to see more; perhaps in a sequel, Creature Feature 2. Until then, “survive the story, survive the night.” CrypticRock gives Creature Feature 4 out of 5 stars. 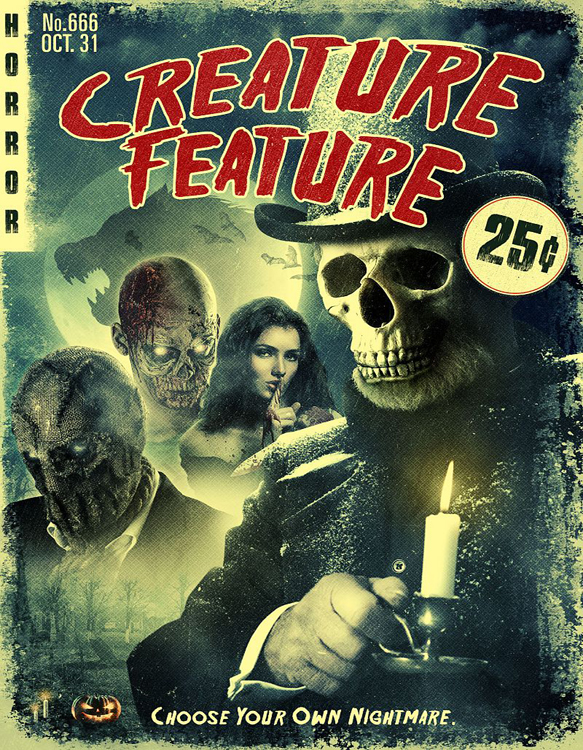