The Creature Below (Movie Review)

The monsters that inhabit the deepest and darkest parts of the ocean are still no match for those found lurking in the shadows of the mind. Both locations present a strong fear of the unknown, and when they are explored alone, the conclusion could be catastrophic. The Creature Below is a Lovecraftian-styled Horror Sci-Fi that begins with a deep-sea dive in the Atlantic Ocean and progresses into one woman’s delve into madness. 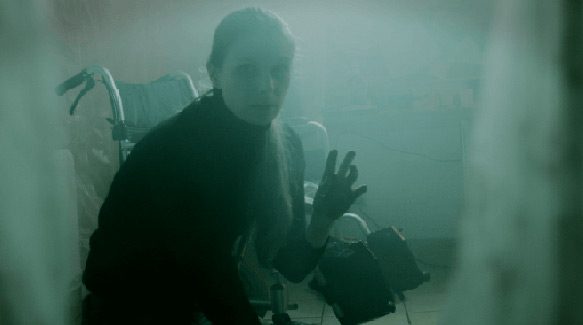 Released on television in the UK on August 27, 2016, The Creature Below premiered on DVD in the US on February 28, 2017 via Dark Rift Films and Breaking Glass Pictures. Written by Paul Butler (Holmanga 2015, Rats! 2013) and Director Stewart Sparke (Frostbite: Proof of Concept Film 2012, Rats! 2013), does the film live up to a classic Creature Feature?

It begins with Olive being given the exciting opportunity to test out the newest dive suit that has just been developed by Dr. Fletcher to reach ocean depths that have never been achieved before. While descending into the dark abyss that is the ocean floor, Olive is attacked by what looks to be a giant squid-like creature, and everything goes black. When she returns to the surface, she appears to have suffered from some sort of psychogenic amnesia, and cannot remember what happened to her during her dive. The suit gets destroyed, and her lapse in memory results in her being fired.

While on the ship heading for land, she finds an ink and slime covered egg, and without informing anyone, packs it in her stuff and smuggles it back home. Suffering from severe PTSD, Olive returns home to her boyfriend, Matthew, and sister, Ellie, and upon the hatching of her newly acquired egg, her plunge into lunacy begins. 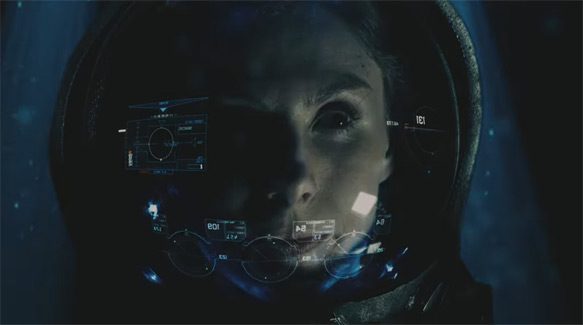 Armed with a lab in her basement, Olive is eager to learn more about the mysterious sea creature which she believes is a new species. Once free, the scared organism shoots ink into her face and she undergoes a reaction similar to being possessed, forging a dangerous and maternal connection with the monster. She keeps the beast in an aquarium and starts her isolating and obsessive journey to unearth more about the mystery contained in her lab.

Under the advisement of her associate, Dara, Olive must determine what the diet of this presumably new species is before it dies from malnourishment. She conducts tests that reveal a most unsavory nutritional regime, and as her sanity quickly depletes, so does the creature’s growth increasingly accelerates. Now that she knows what it eats, she must execute abhorrent and wicked means to feed her growing bundle of joy; all the while being deeply affected by her PTSD and undergoing flashbacks of the attack, as well as photosensitivity.

From the very start of the movie, it was apparent that this was going to be a very ambitious project. The limited budget was evident due to the incredibly low-fi CGI effects of the dive sequence, but luckily it was a very minor and small part of the film. The cinematography successfully heightened the emotional impact, focusing strongly on creating an atmosphere of isolation and psychosis.

The creature effects were provided by Creature Creations, which ultimately successfully gave life to the Cthulhuian-like beast, but which also overshadowed the remaining special effects. The greatest hindrance of those special effects was that they were often mismatched with the presumed action taking place at the time. Blood and gore were sometimes excessive for the injuries that were inflicted. 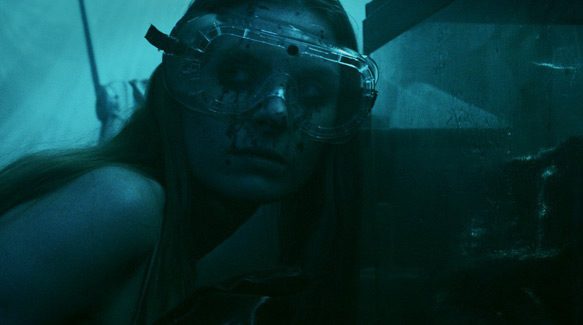 The Creature Below’s greatest drawback was the distraction caused by the obvious discrepancies, not only with regards to the special effects, but also with the action occurring in some of the scenes. These inconsistencies made it difficult for viewers to connect with the movie on a deeper level. The theme seemed to be centered on isolation and the descent into madness, as well as suppressing the darkest parts of one’s mind until they become overpowering and grow to be too much.

Because the theme was lost on mediocre acting, a rather uninspiring creature, and too many contradictions to ignore, CrypticRock gives the Lovecraftian Horror, The Creature Below, 2.5 out of 5 stars. 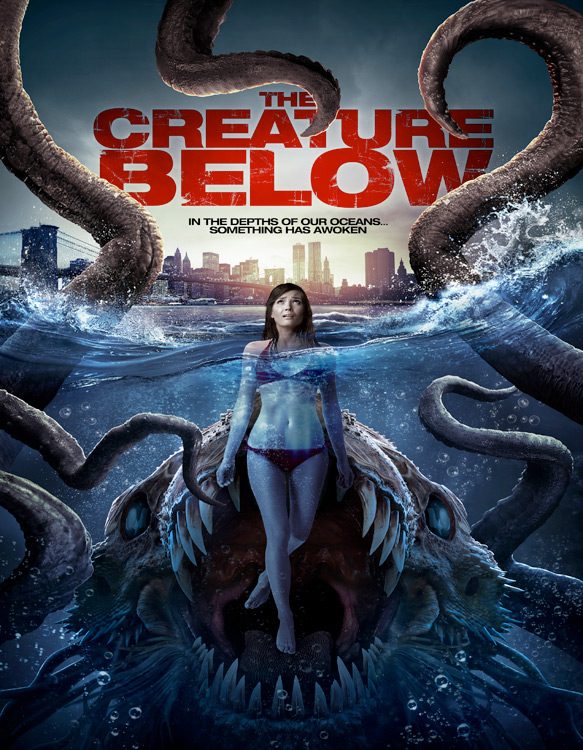 Purchase The Creature Below: Amazon | iTunes