Guillermo del Toro’s latest project, Crimson Peak was marketed as a scary Ghost movie. In actuality, Toro was aiming for something different, and wanted more of a Gothic romance. He was inspired by various works of art he remembered as a boy, and wanted to capture beautiful imagery with a dark and twisted fairy tale. Filmed in Kingston, Ontario, he got to work with a strong cast including Mia Wasikowska (Alice In Wonderland 2012, Jane Eyre 2011), Jessica Chastain (Mama 2013, Interstellar 2014), Tom Hiddleston (Muppets Most Wanted 2014, Thor series), and Charlie Hunnam (Sons of Anarchy TV series, Pacific Rim 2013). 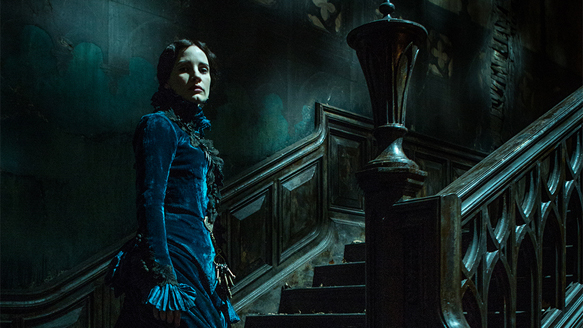 The film revolves around Edith Cushing (Wasikowska), a young girl who aspires to be an author. Losing her mother as a child to the black plague, she has a wealthy upbringing with her father, Carter Cushing (Jim Beaver: Supernatural TV series, Justified TV series). Soon after her death, Edith’s mother appears to her and warns her of Crimson Peak, and again years later after meeting a gentleman named Thomas Sharpe, a struggling entrepreneur who travels the world selling clay to wealthy business endorsers.

Although resistant at first, Edith and Thomas grow fond of each other rather quickly. After the tragic loss of her father, she marries Thomas and moves to his London home, along with his sister Lucille (Chastain). The house immediately sets a dark mood, for it is in terrible condition. The clay Thomas was trying to sell is infested all over the land, which even seeps through snow, giving its nickname Crimson Peak. Over time, the clay has taken over, bleeding through the walls, and softening the ground, causing the house to slowly sink. Nonetheless, Thomas and Lucille refuse to leave their childhood home. 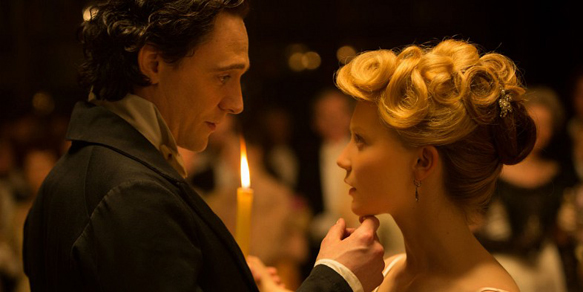 It does not take long for more ghosts to appear to Edith. Along with her mothers warning, they entice her to look deeper into her current situation, and she eventually finds the dark secrets that harbor Lucille and Thomas. Back home, her childhood friend, Dr Alan McMichael (Hunnam) is investigating Carter Cushings murder, which leads him to the Sharpes. Discovering their ploy, he heads out to save Edith, concluding the story with a violent, bloody, not so happily ever after.

Atmospherically creepy, the film is visually stunning. The tones of the colors set the mood perfectly, each having a meaning and telling the story in its own perspective. The house itself seems alive, despite its dilapidated condition. The ghosts had an aura of grotesque beauty, having an image of something in between old fashioned gory and ghostly. As beautiful as this film was, however, there were other elements that were simply lacking.

Many scenes seemed redundant and pointless, never leading up to anything. The ghosts haunting Edith all followed a similar pattern – they appear, attempt to reach out to her, then disappear in a matter of seconds. Being that they were not the main threat of the movie, they were too short lived. Toro did express he wanted the ghosts to represent more of a metaphor, a hint that is dropped in the beginning, but somewhere along the way that message was lost. The dialogue did not match the imagery, too simple and just not clever enough. As a result of its repetitious scenes and script, the plot was very predictable. Jessica Chastain as Lucille Sharpe wore her villainous tone all over her face. It was crystal clear to what she was thinking, normally an admirable trait, but it revealed too much too soon. Tom Hiddleston’s character, Thomas, would have been better if he committed to his intentions, as opposed to flipping his feelings back and forth for Lucille and Edith. Dr Alan McMichael was supposed to be a shy character, but Charlie Hunnam came across awkward and stiff. 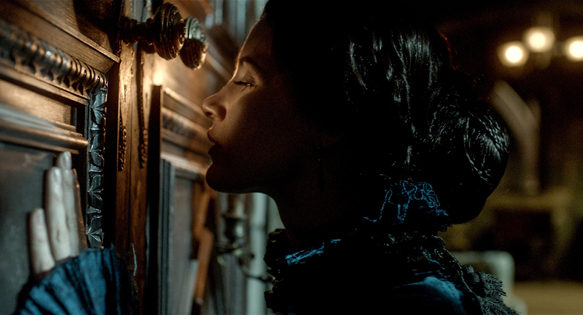 All that aside, the violence was exciting, because it was straightforwardly just that – violent. Jim Beaver as Carter Cushing endured a beating beyond brutal, his head bashed open and revealing his skull. Wasikowska and Chastain’s fight scene was impressive, and Hiddleston removing a knife from his face was just gruesome to watch. These scenes most definitely deserved the R rating it received.

The main issue with Crimson Peak is that too much attention was given towards the visuals and not enough with the actual story and dialogue. The marketing was geared more towards what was meant to be a metaphor in the film, and as a result, the public clearly expected a different movie, which can be disappointing on its own. Guillermo del Toro had an amazing cast to work with, and it was a shame their performance was drowned in the visionary aspect. Overall, Crimson Peak is not at all a bad movie, it just needed a little more to complete the package. CrypticRock gives Crimson Peak a 3 out of 5 stars. 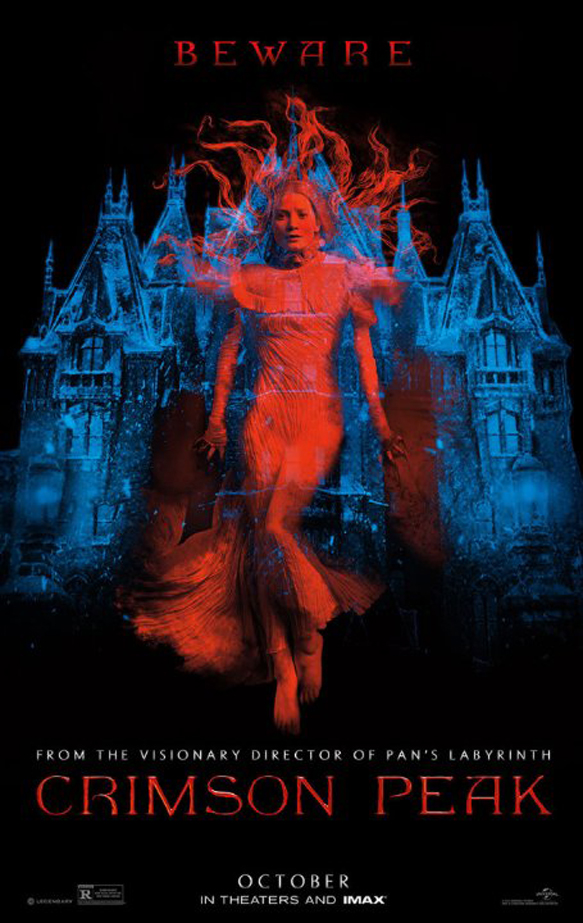