The newest Found Footage Horror offering, The Cropsey Incident – which was released to major VOD and DVD in July 2017 thanks to good people at Wild Eye Releasing – sees a backwards group of social justice advocates heading into the woods to track down a local urban legend. 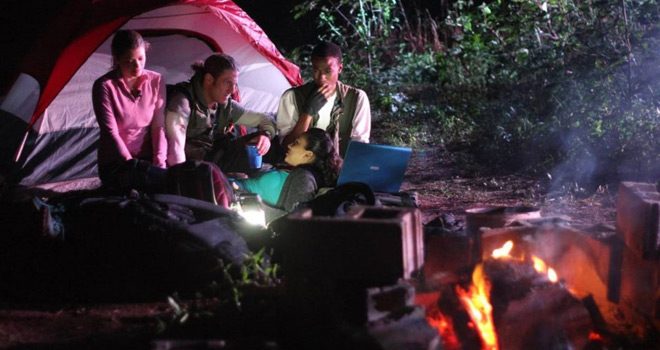 Humans Against Tyrants Everywhere (HATE) is a ragtag, online protest group of four distinct personalities. First there is head honcho Pink Violenze, aka Nina (Rinska Carrasco: Chicago P.D. series, Chi-Raq 2015), a gung-ho, somewhat egomaniacal young woman hell-bent on dishing up dirt. Her side-kick Agent Orange, aka Diego (Terry Bell: Dead Girls 2014, Day 1 2016), is the man behind-the-scenes, working all the technological aspects of their filming and Internet presence. Then there is Blue Riot, aka Linda (Hannah Phelps: One Way 2007, Boot the Pigeon 2014), a more reserved character who is along for the ride, happy to be accompanied by her actor-boyfriend Larry, aka Yellow Bastard (Brandon Galatz: Sweet Leaf 2013, Mind Over Mindy 2016).

We quickly learn that the group’s agenda is to confront injustice everywhere, all in the name of online views. When it comes to their attention that four children have recently been abducted from the area, Nina marches her deranged Power Rangers into the Wisconsin woods to discover the truth of the local Cropsey – a serial killer focused on children, Satanic rituals, and all that good, gory stuff. Instead, what the group discovers is a hunter (Louie Lawless: Tow 2010, Found 2012), smoking fresh meat outside his one-room cabin. With dissention already amongst the ranks and the situation quickly spiraling out of control, HATE will quickly learn that the horrors within these woods do not discriminate based on race, gender, or sexual orientation. 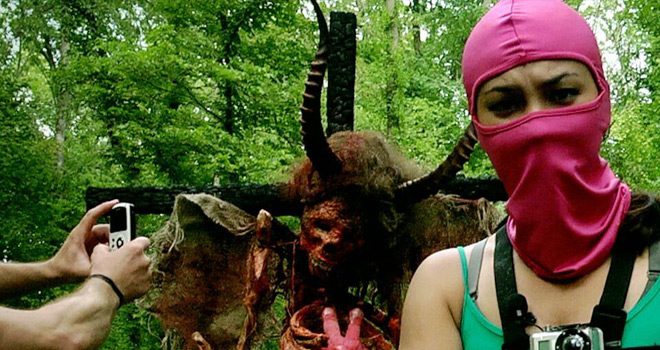 Clocking in at 85 minutes in length, The Cropsey Incident was written and directed by Julian Grant (RoboCop: Prime Directives series, Sweet Leaf 2013). Another offering in the Found Footage subgenre of Horror, this is a film that parades a motley cast of characters out into the woods to splash around some fake blood and dish-up plenty of sociopolitical mockery. In fact, this feels more like a backlash at our hypersensitive, politically correct times than anything Horror-related.

Told through a blend of the group’s own behind-the-scenes footage, as well as their online promotional videos, The Cropsey Incident reads as a boring attempt at yet another Boogeyman in the woods adventure. Is it scary? No. Is it tense? No. Are the characters relatable? Not unless you author an over-the-top mud-racking YouTube channel! The saving grace here is actress Carrasco (as Nina), who despite being placed into a truly obnoxious role, carries the bulk of the production on her shoulders; her commitment to her ridiculous character and the passion that she is able to portray in the silly role are what propel the entire film forward.

As she spits lines about Black and Brown getting no love from White – and backhandedly mocks the feminist agenda – Carrasco is fully believable in her role as the sociopathic online “journalist” Nina. In fact, her performance is what gives the film its underlying theme of mocking the current political climate in our country, as well as raising many questions about today’s online, wannabe-journalists and their integrity. 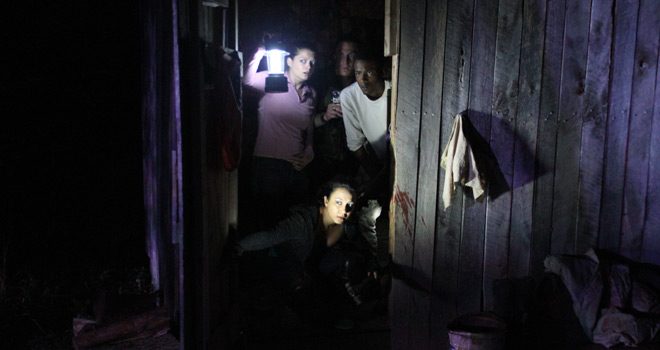 Unfortunately for The Cropsey Incident, where it goes right in its oft sad-but-true mockery does not work particularly well in the Horror genre format: those that might enjoy this film, particularly the YouTube generation, will not understand the implications baked into the ultimately cliché script. Those that can grasp the deeper material will be ultimately bored with yet another Found Footage foray into a world that is neither horrific nor particularly shocking. In the end, this leaves a film that is neither wholly bad nor wholly good: it just is another offering available on VOD, one of millions. For these reasons, CrypticRock gives The Cropsey Incident 2.5 of 5 stars. 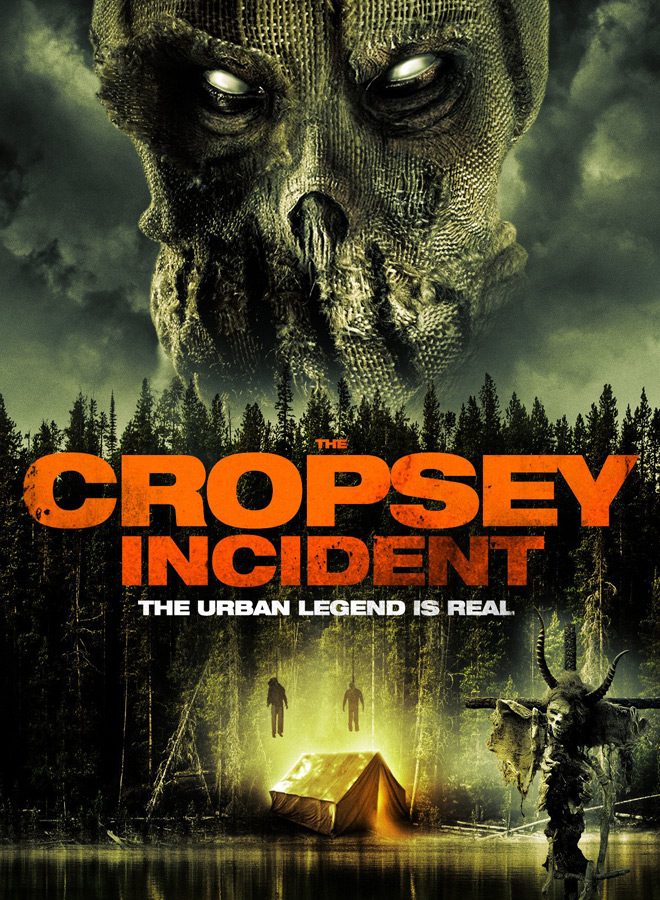