As The Crow Flies – 30 Years Of Dario Argento’s Opera

Take your seats. No talking. Turn down the house lights. Raise the Curtain! This will be a night at the Opera you’ll never forget! Why? Because 30 years ago, on December 19th of 1987, Dario Argento’s Opera made it way to theaters in Italy.

Not released in other parts of the world until a few years later, Argento’s Opera would come a decade following his 1977 masterpiece Suspiria and a slew of other films including 1980’s Inferno and 1985’s Phenomena. Written and directed by the maestro, Opera is the tale of a young soprano, Betty (Cristina Marsillach: Every Time We Say Goodbye 1986, Marrakech Express 1989), as she is thrust into the spotlight as Lady MacBeth when the lead is hit by a car and unable to perform. 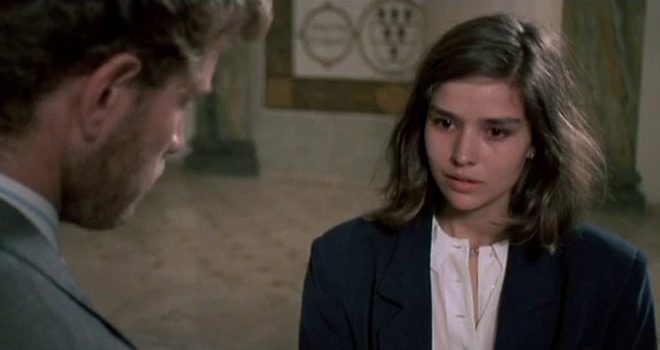 Along with Betty’s stardom comes the attention of a sick stalker in black leather gloves, a giallo staple, that forces her to watch as people around her are brutally murdered. Inspector Alan Santini (Urbano Barberini: Demons 1985, Gor 1987) is on the case, but all may not be as it seems with the starstruck detective.

By 1987, the Italian economy was radically changing and funding for films was the first thing to go. However, even in its death throes, the Italian Horror market squeezed out a few more quality films like 1989’s The Church and 1994’s Cemetery Man. That in mind, when American films like 1980’s Friday the 13th and 1984’s A Nightmare on Elm Street became all the rage, Italian Horror tried to keep up, but it was clear that the masses wanted more Freddy and Jason rather than giallo. 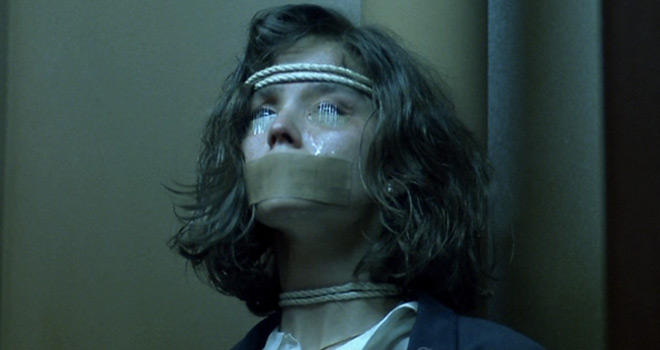 Cristina Marsillach turned in a great performance as Betty. Her character’s apprehension in suddenly being thrust into the lead as Lady MacBeth is positively charming and authentic; she really conveys to the audience how green she is in the world of Opera. The chemistry with her stagehand boyfriend, Stefano (William McNamara: Stealing Home 1988, Copycat 1995), is palpable and cute.

In his last role, Ian Charleson (Chariots of Fire 1981, Gandhi 1982) as Marco was based on Argento himself directing the aforementioned failed production of Verdi’s MacBeth. Argento, obviously, is a Horror director that tried to do an Opera. Charleson played the part of Marco with a somewhat subdued arrogance and egotistical panache.

Finally, Daria Nicolodi (Deep Red 1975, Phenomena 1985) returns for yet another Argento film as Betty’s agent and friend, Mira. Interestingly enough, it almost did not happen that way, as after her and Argento’s falling out, she wanted nothing to do with him. The only thing that drew her to the role was the particularly nasty way her character was to die. She would later say that filming her death scene was tremendously scary as it required her to have a small amount of explosive placed on the back of her head. 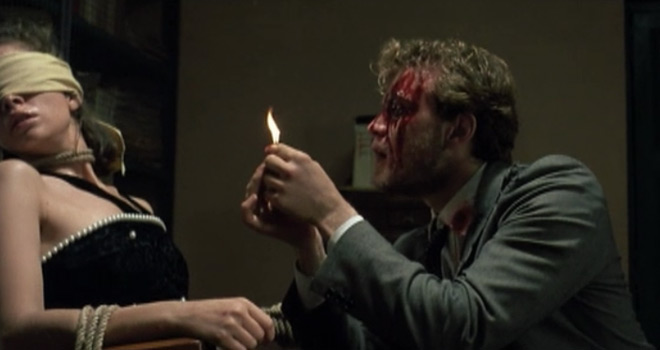 Famous American Actor W.C. Fields once famously said, “Never work with animals or children.” Well, Argento must not have gotten that memo before doing Opera, as he had a whole murder of crows in the film, though they were called ravens. Earlier in Opera, the killer had broken into the set and killed some of the ravens.

Argento, knowing the intelligence of ravens, wrote that ravens can recognize the face of someone that hurt them. This plot point, though a little silly, was essential as the ravens were responsible for drawing out the killer. Barberini recalls that it would take hours for everyone to re-capture the crows after they were released in the opera house for filming. Around 140 crows were used, but only 60 sum were ever retrieved. The others apparently escaped from the opera house during filming.

Additionally, the special FX of Opera were gruesome to say the least. When Betty was made to watch the killings, the Killer taped needles under her eyes to prevent her from shutting her eyes, lest she tear up her own eyelids. This, coupled with brilliant macro photography, definitely makes for an uncomfortable viewing. The needles were mere millimeters away from touching her irises. There were even little droplets of blood added to the needles to make it look as if she had closed her eyes at one point. It was these images that were used for almost all of the advertising for the film.

However, the best effect in Opera was done on Nicolodi, who was shot in the eye looking through a peephole. It was all shot in slow motion and actually showed the bullet travel through the peephole. For a comparison, see 2003’s Kill Bill Vol. 1 when Uma Thurman is remembering the gunshot and the bullet travels down the barrel. The impact of the sequence, though, is when Nicolodi has her eye very close to the peephole and a little bit of blood shoots onto the door, then her hair explodes outward with some bloody chunks, perfectly selling the illusion that she was just shot in the head on camera. 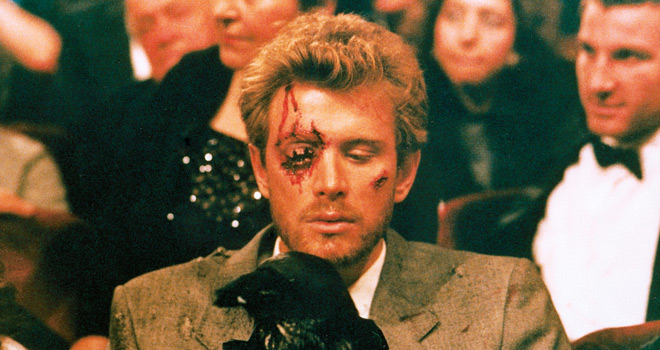 Another interesting fact is the conclusion of Opera was inspired by the ending of Thomas Harris’s book Red Dragon. In fact, in an interview done for Luca M. Palmerini’s 1996 book Spaghetti Nightmares, Argento stated that while he did not like Michael Mann’s 1986 film Manhunter, the first film adaptation of Red Dragon, he is a fan of Harris’ novel. Ted Tally’s screenplay for 2002’s Red Dragon later adapted this ending more faithfully. For Argento’s Opera, there was actually an alternate ending at one point where after Marco is killed, and Betty realizes she is sadistically in love with the killer. An interesting ending, the two would then flee together into the Swiss countryside and the film would end.

Opera is not Argento’s best work, nor is it his worst. If a little more story could have been fleshed out, it may fall in line with one of his best. For example, if a reason was given why Inspector Santini was a murderer in the first place, or even more, how he got together with Betty’s Mother, who was actually the mastermind behind the earlier killings, Opera would have been much better. It was her idea for Santini to tie her up and make her watch, but not much is explained beyond that. Still, after thirty years, Opera remains a more than capable giallo. 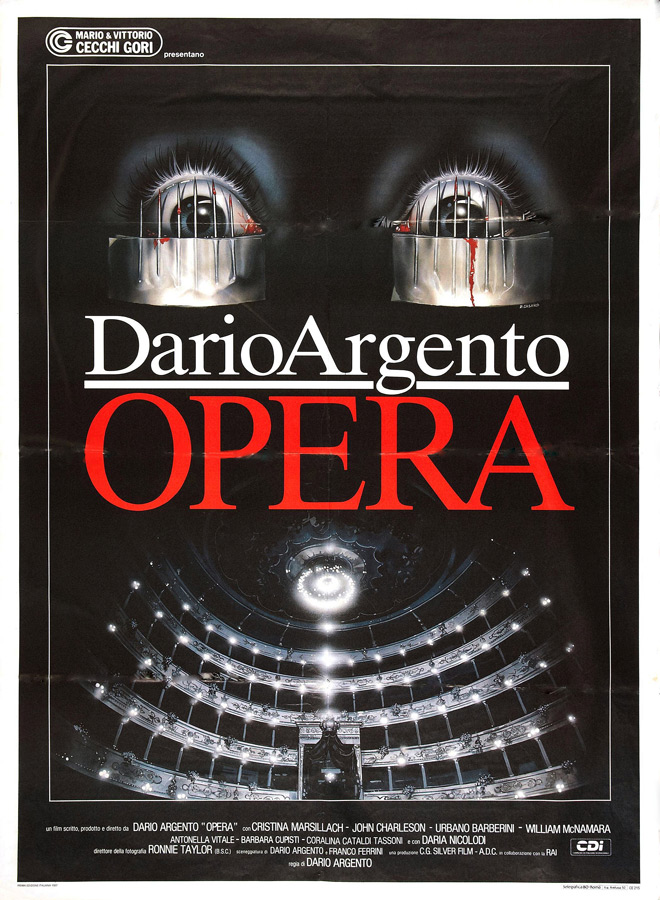