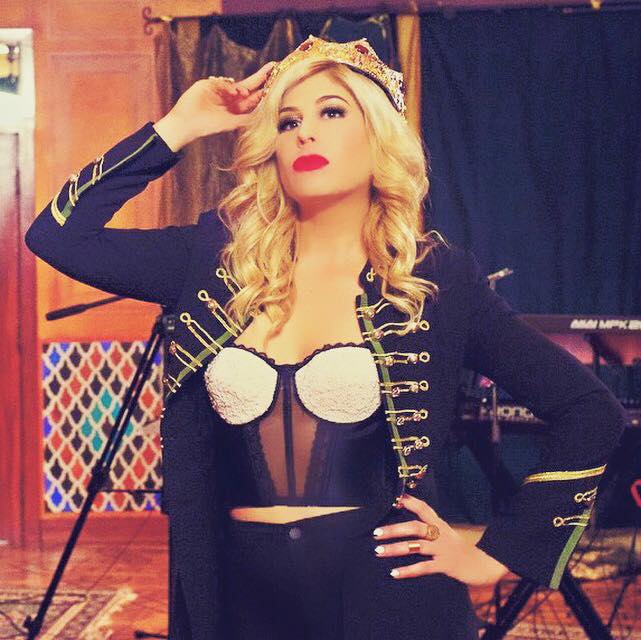 Crown Jwlz’s appearance may be misleading as she sits on her throne, looking like a California beach babe; a pretty blonde that started her career as a young Punk lover from Dallas, Texas and migrated to Los Angeles, California to pursue her Rock-n-Roll dreams. Crown Jwlz moved West to hone her chops at the Musicians Institute and spent the last couple of years evolving as an artist and songwriter, playing local clubs on the streets of Hollywood and the Sunset Strip. Following a month of adventures in the Philippines, she returned to Los Angeles and received the idea for Crown Jwlz.

She started planning carefully to make sure her vision would match her music’s strong, yet soulful Rock-n-Roll sound. In order to encapsulate that, she went to work looking for the perfect musicians and built a six-piece band she affectionately refers to as “The Royal Court,” and larger-than-life stage show that is a theatrical Rock-n-Roll burlesque party, complete with inventive costumes and a kick-ass, take names stage presence that would make the likes of Freddie Mercury proud. She also collaborated with an all-star team of producers that include Max Coane (Jack’s Mannequin, Maxwell Moon (Macy Gray), and Erik Belz (will.i.am, Juicy J). The tracks of her debut EP, California King, were mixed by Noah Georgeson (The Strokes, Little Joy) and mastered by Ted Jensen (Muse, Florence + the Machine), making the album an intriguing prospect for potential new fans.

Due out February 23rd, on California King, this independent woman’s attitude is more gritty than pretty; with her haunting vocals, she sings songs with a message. Do not mistake her strength for anger, her stance is more complicated than outraged, maybe even cautiously loving. Her songs about relationships are complicated and equally unflinching in her descriptions as she tells her stories with immediacy and intimacy; a sexy voice backed by an edgy Rock beat.

The first single, “Without U,” tells the story of the heartbreak of being stood up; all dressed up with no place to go, so one self-medicates to get through the night. Lyrically, it has got a melancholy vibe, but it is just as catchy as any song on the radio today and is designed to connect with listeners on a personal level. Elsewhere, Jwlz teaches a lesson on how to put a man in his place on the track “Cool,” and pays tribute to Mr. Bowie on “Free.” Furthermore, she makes listeners want to roll the windows down and turn the volume up with “Party Past the Sunrise.” Backed by a bombastic beat, she sings of female empowerment with a take no shit, do no harm approach on the title track “California King.” Do not misunderstand, this is not just chick Rock, this is moody music with powerful choruses, rocking melodies, and strong lead vocals.

Jwlz may deceive the crowds with her girly outfits and beautiful blonde hair. Although, do not be fooled by her feminine appearance, she packs quite a punch. Not sugar and spice, but it sure is nice. With that said, California King are seven tracks well-worth checking out. CrypticRock gives Crown Jwlz’ debut 3 .5 out of 5 stars. 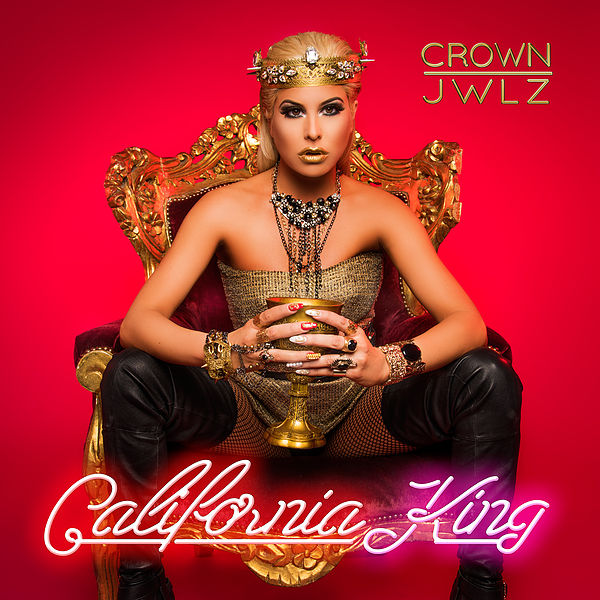