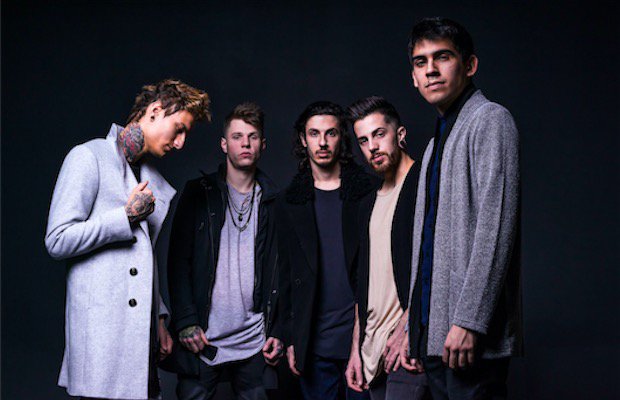 Through the ups and downs of everyday life, there is always going to be something that most look forward to. Whether it is for pure entertainment or to heal, there is nothing else quite like it; many can agree that “it” is music. Hailing from Dallas, Texas, about six years ago, this recreation literally took over the lives of a couple teenagers, resulting in Crown the Empire to be born; slingshotting the group right in the midst of the scene. All showing an interest in the same style of music, the founding members got together to form Crown the Empire while they were still in high school. Deciding they did not want to sound like the other local bands in the area, they put their own heavy twist on popular music. As the new band created bonds and switched their lineup around, their music was already taking shape as the release of their first EP was dropped, giving way to being noticed in the industry, as well as musically. Eventually, during new music and touring, Crown the Empire was finally signed to Rise Records, giving them a signal boost in their career.

As the next couple of years went by, the group began to write, record, play shows, and repeat. As hectic as it all seemed, the guys were having a blast on the road, getting to play for an audience that was bigger than ever, alongside releasing their first two full-length studio albums, 2012’s The Fallout and 2014’s The Resistance: Rise of The Runaways. If touring with talents along the likes of Asking Alexandria, Motionless In White, Like Moths To Flames, Ice Nine Kills, Secrets, and Capture the Crown was not enough, Crown the Empire won Alternative Press Magazine’s award for best breakthrough band; all in all gaining them even more recognition that they clearly deserved.

As long ago as it might seem, six years have flown by and Crown the Empire are just reaching their peak; which can only mean new music. As current members Andrew Velazquez (vocals), David Escamilla (vocals), Brandon Hoover (guitar), Brent Taddie (drums), and Hayden Tree (bass) made the announcement for their new upcoming album, Retrograde, fans went wild, but were definitely unprepared for what was about to come. Released to the public July 22nd, via Rise Records, Crown the Empire shocked listeners with this new take on modern Hardcore music.

Kicking the album off with a type of introduction, “SK-68” reveals the main theme of Retrograde; futuristic and realistic. Shooting for the stars slightly, this album will take listeners on a tour of their own minds, and maybe just a little bit of outer space. Starting off light and hypnotic, attention is sure to be grabbed right off the bat, slowly growing more eerie as the next track slides into play. “Are You Coming With Me” is completely intriguing and memorable with catchy lyrics and intricate orchestration. Overtaken by the next song, “Zero” is surely one of the most interesting pieces off of  Retrograde. Slightly heavier than most off the album, this track is unforgettable.

Indulgent and introspective, the record continues on with “Aftermath,” which is rich in complexity and well-written. Followed by “Hologram,” the tour de force of Retrograde, this song glows with mastered qualities and is transformed by the pure energy radiating out of the speakers. Fuel by fear and sinisterly sparked, Crown The Empire reached a whole new stance with “The Fear Is Real;” a haunting interlude, as the rest of the album awaits. With the same feel as the track before, “Lucky Us” gives off a daunting vibe only to lead into “Weight Of The World,” surely to be a favorite from listeners.

With a slight tone of Pop, “Signs Of Life” is beautifully written and utterly brilliant. Completely outdoing themselves, Crown The Empire has taken all of their music to the next level, especially with the last two tracks of Retrograde. Slowing down more than any other track, “Oxygen” is a song that transports, taking listeners to another planet. Mesmerizing and limitless, this track is thoroughly satisfying. Closing out the album with “Kaleidoscope” was a pristine decision, being entirely indelible, only making listeners want to go back with many repeated listens.

Coming a long way on their journey, Crown the Empire have already exploded, topping anything they have ever done before. Although it will be hard to beat, it seems as though the band can only go up, reining in more fans with every show and listen; creating something truly special, for an audience as humbling as theirs. CrypticRock gives Crown The Empire’s Retrograde 4 out of 5 stars. 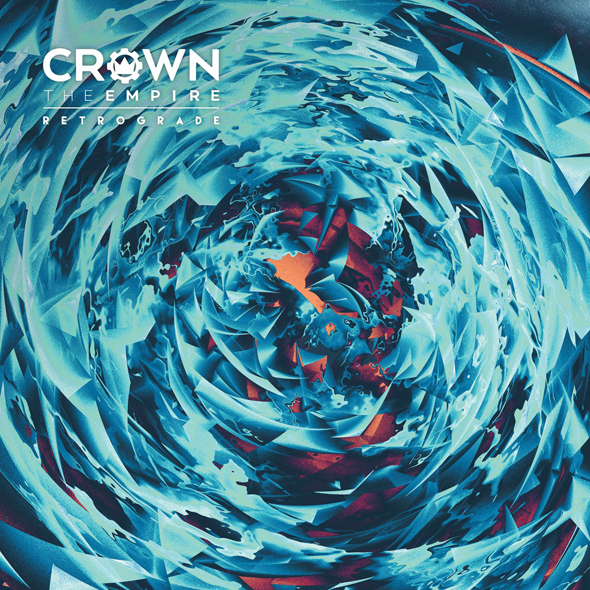 The Crown – Royal Destroyer (Album Review) You Me At Six – Suckapunch (Album Review)
Like the in-depth, diverse coverage of Cryptic Rock? Help us in support to keep the magazine going strong for years to come with a small donation.