Many Horror films claim to be inspired by real life events, but how many really are? Like 2005’s The Exorcism of Emily Rose, based on the true story of Anneliese Michel, new film The Crucifixion is based on the true story of the Tanacu exorcism, based on the story of Maricica Irina Cornici. Having premiered at the 2016 Screamfest Horror Film Festival, and initially released in select theaters back in October of 2017, on Tuesday, December 5th, The Crucifixion made its way to Blu-ray, DVD, and Digital thanks to Lionsgate. 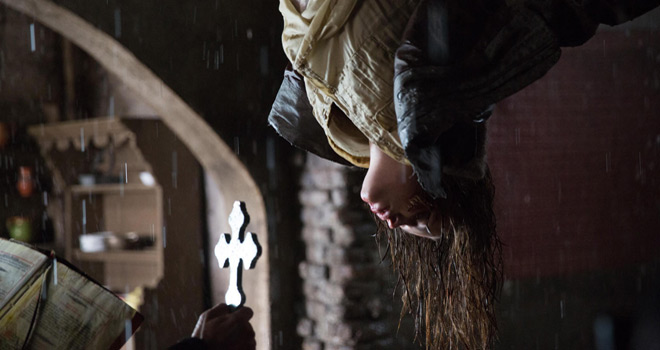 Directed by Xavier Gens (Hitman 2007, The Divide 2011), writers behind this menagerie of chills are siblings Chad and Carey Hayes (The Conjuring 2013, Annabelle 2014). As mentioned, based on true events, the story of The Crucifixion follows Nicole Rawlins (Sophie Cookson: Kingsman: The Secret Service 2014, The Huntsman: Winter’s War 2016) as she embarks on a journalistic adventure that takes her to a small town in Romania. She soon uncovers that there is a darker history within the church that she was sent to investigate.

A Supernatural Horror fest also starring Corneliu Ulici (The Devil Inside 2012, Wer 2013) as Father Anton, Brittany Ashworth (Hostile 2017, Accident Man 2018) as Vaduva, and Matthew Zajac (Valhalla Rising 2009, A Lonely Place to Die 2011) as Bishop Gornik, The Crucifixion is packed with eerie sights and sounds. Effective, especially due to the religious background, the film delivers a reaction, and you do not need to be a devout Catholic to be affected. Told through a series of flashbacks, sure, it is not as effective as say 1973’s The Exorcist, but there is still plenty of disturbing imagery through the the film. 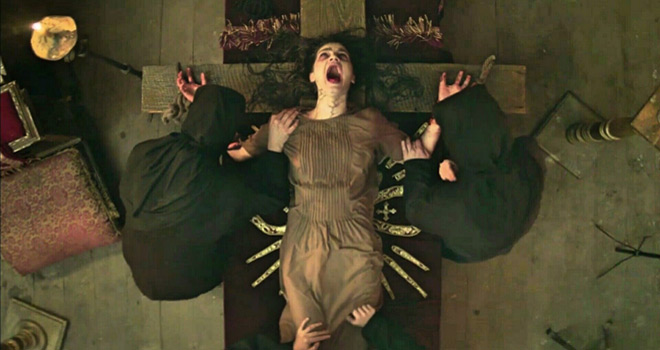 The Crucifixion has a pretty solid storyline that is both sentimental and horrific. It is one part supernatural, another part mystery, and a sprinkler of thrills. Since it follows one main character pretty much throughout the entire story, the audience gets a chance to know the lead character of Nicole quite well. That in mind, overall, the acting from the cast feels genuine across the board. Often times, with possession-themed films, the emotions of terror or shock are lost, making the film less believable. Fortunately, The Crucifixion does not suffer from such issues.

Additionally, one of the boldest aspects of The Crucifixion is the location. What says creepy better than the region know for the forested area of Transylvania, ringed by the Carpathian Mountains? Romania! Shot mostly on location, not only are most of the scenes filled with breathtakingly beautiful backdrops, but the architecture of the buildings end up being intricate locales through most of the film. 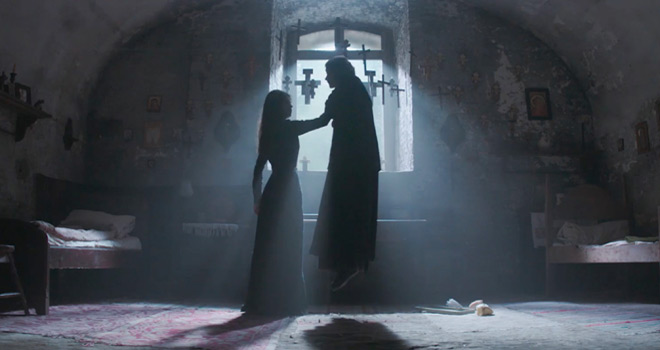 Even though The Crucifixion is like most in the sub-genre when it comes to the possession factor, it certainly has its redeeming qualities. Those who are tired of possession related Horror flicks may not enjoy it. Although, if they keep an open mind, they will see the film excels in terms of a wonderful cinematography, solid cast, and overall creepy vibe. A slow burn with some jump scares, CrypticRock gives The Crucifixion 4 out 5 stars. 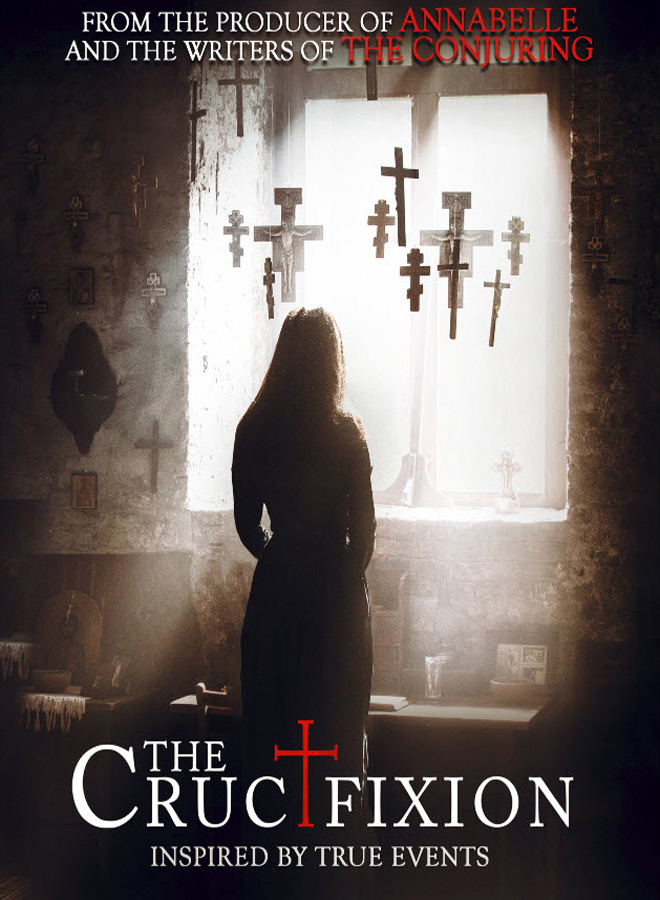